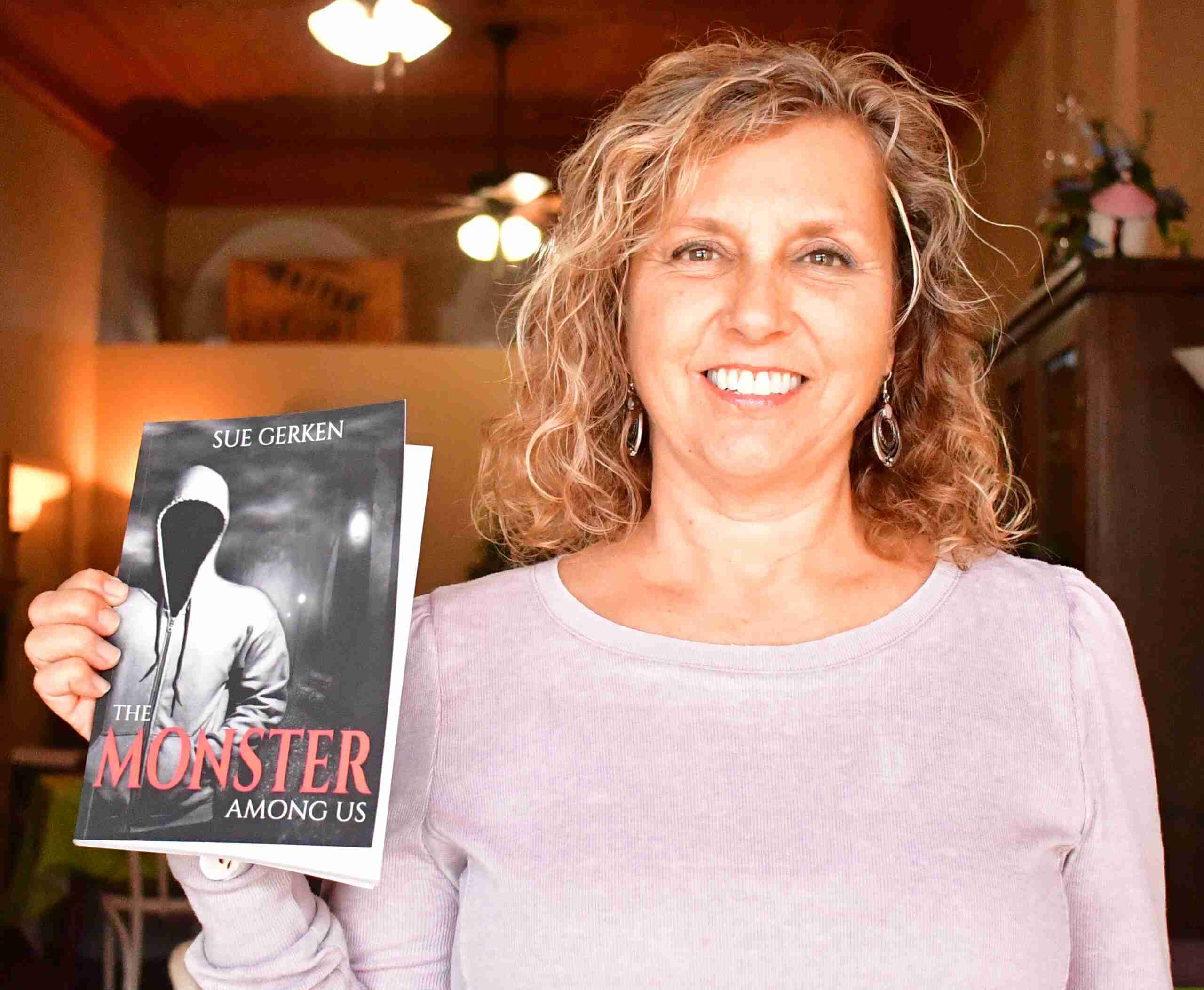 The Ohio Department of Health reported in 2018, that fentanyl contributed to seventy-two point six percent of unintentional overdose deaths in Ohio.

Local author, Sue Gerken, decided it was time for awareness to be spread regarding the rapidly increasing drug issue, and published her second book involving the matter.

“The Monster Among Us” was published March 6, 2022, and is written from interviews of people who have been affected by drug addiction. Gerken stated, “The title just came to me because I feel that drugs are just a monster.”

At age fifty-three, Gerken experienced first hand in her own home the affects drug addiction has, when a concerned friend of her daughters confided in her husband and her told them she believed their daughter was using.

After a few years of using, and two stays at Serenity Haven Recovery Center, Sue’s daughter is now clean. Mrs. Gerken’s daughter has been for five years.

Gerken decided to write the book after she attended a support group with her daughter, and stated “I felt that there were so many people dying from overdoses and it wasn’t getting the attention it deserved.”

When asked, “What is one thing you learned while writing this book?” Gerken replied, “All people before addiction, started with smoking pot, unless they were doctor prescribed opioids.

Mrs. Gerken interviewed 16 people for this book, including family affected, people in recovery, and one former drug dealer.

During Gerken’s interview with the former drug dealer, she discovered there was a lot of dealers that started selling drugs from their families and the generation of family before them.

The former drug dealer is now clean, engaged and even graduated from business school.

Gerken’s hope for her now published book is to raise awareness of this devastation that has taken a firm root in our country, and touched her family as well.

Sue wants to urge parents to be aware of their kids behavior and their struggles in life. Some of the signs Mrs. Gerken noticed in her daughter was the changing of friends, weight loss, and her phone receiving a lot of text messages.

Mrs. Gerken stated, “if someone is being affected by drug addiction, wether a loved one or struggling themselves, that there is lots of resources out there and many people willing to help.”

Gerken also shared she does hope to eventually write a third book.

“The Monster Among Us” is available to purchase through Amazon, and kindle.