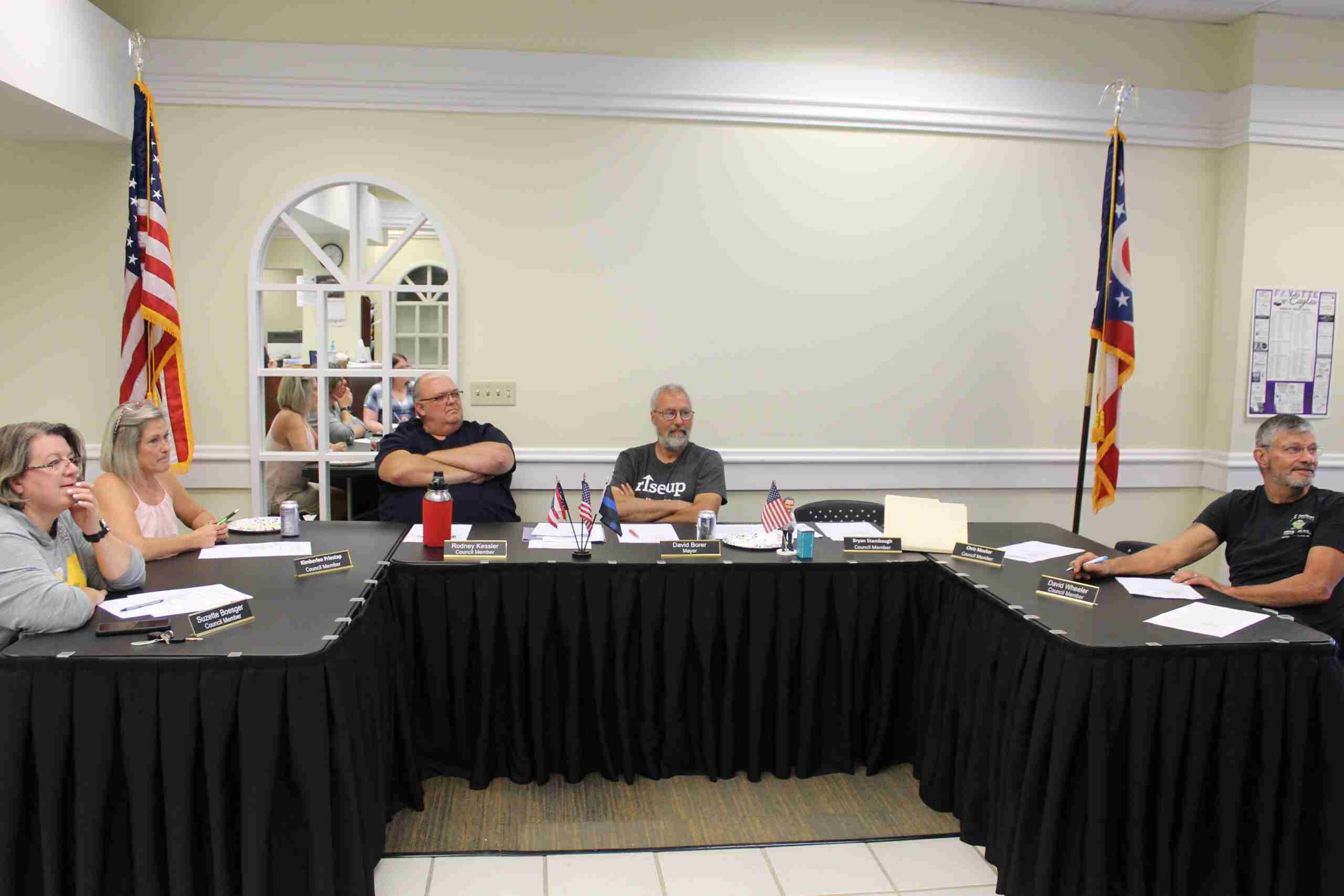 The Fayette Village Council held their meeting on Wednesday July 28th and was called to order at 6:00pm. The council was led in prayer followed by the Pledge of Allegiance.

The council then moved to approve the agenda which was passed. The floor was then open for members of the public that were on the agenda to address council.

Connie Wagner from the local American Legion Auxiliary was present with several other members of the auxiliary as well.

Some of the issues are in regard to liability insurance, the cost of the project and the amount of banners being limited to 50. The American Legion Auxiliary stated that if the program does not receive financial support from the Village, it will be forced to end after this year.

Council members told members of the Auxiliary that a formal request has not yet been made to the Village to give their support and that it could not do so until the proper channels were gone through.

It was then decided that a discussion on the matter would take place during the next public works meeting that will be held on August 18th at 5:30pm.

Council Member Chris Meeker then left during the meeting to attend to another matter. Afterwards, visitors from MMG Fayette approached council regarding a liquor license.

The group is opening a new gas station in Fayette at the recently closed Sunoco and R&H restaurant.

The restaurant will be turned into a convenience store along with the gas station and will be open 24 hours a day. The license they requested was to allow for the sale of liquor on Sunday’s.

They showed a letter that was received from the State of Ohio that stated they were in a dry precinct and therefore would not be approved.

The council informed the group that they should contact their legal counsel, who they were already in touch with, to start working with Board of Elections to put it on the ballot.

With nothing to report for the mayor’s report or the administrator’s report, the council moved to hear the Village Financial Officer’s report. Changes to ordinances have been made and council members were made aware.

North Cherry Street had its cost increase due to an issue with the catch basin. The cost increase is $4,025 but will be off set with an increase of $5,000 given for the project.

The council was then reminded that an issue being voted on will be for a contractual agreement regarding a camera for the police department. The initial cost will be $2,750 with an annual cost of $2,500.

They were also reminded that the American Rescue Plan Act money should be coming soon. A motion was made to approve the village administrators report which passed followed by a motion to pay the bills which was also approved.

With no communications to discuss, council then moved to the reading of ordinances. First was the third reading for Ordinance 2021-09 regarding the increase of revenues. A motion was made to approve which passed.

Next was Ordinance 2021-10 regarding supplemental appropriations. A motion was made to approve and also passed.

With nothing to discuss in legislative actions, old business or new business a motion was made to adjourn which was approved at 7:00pm.