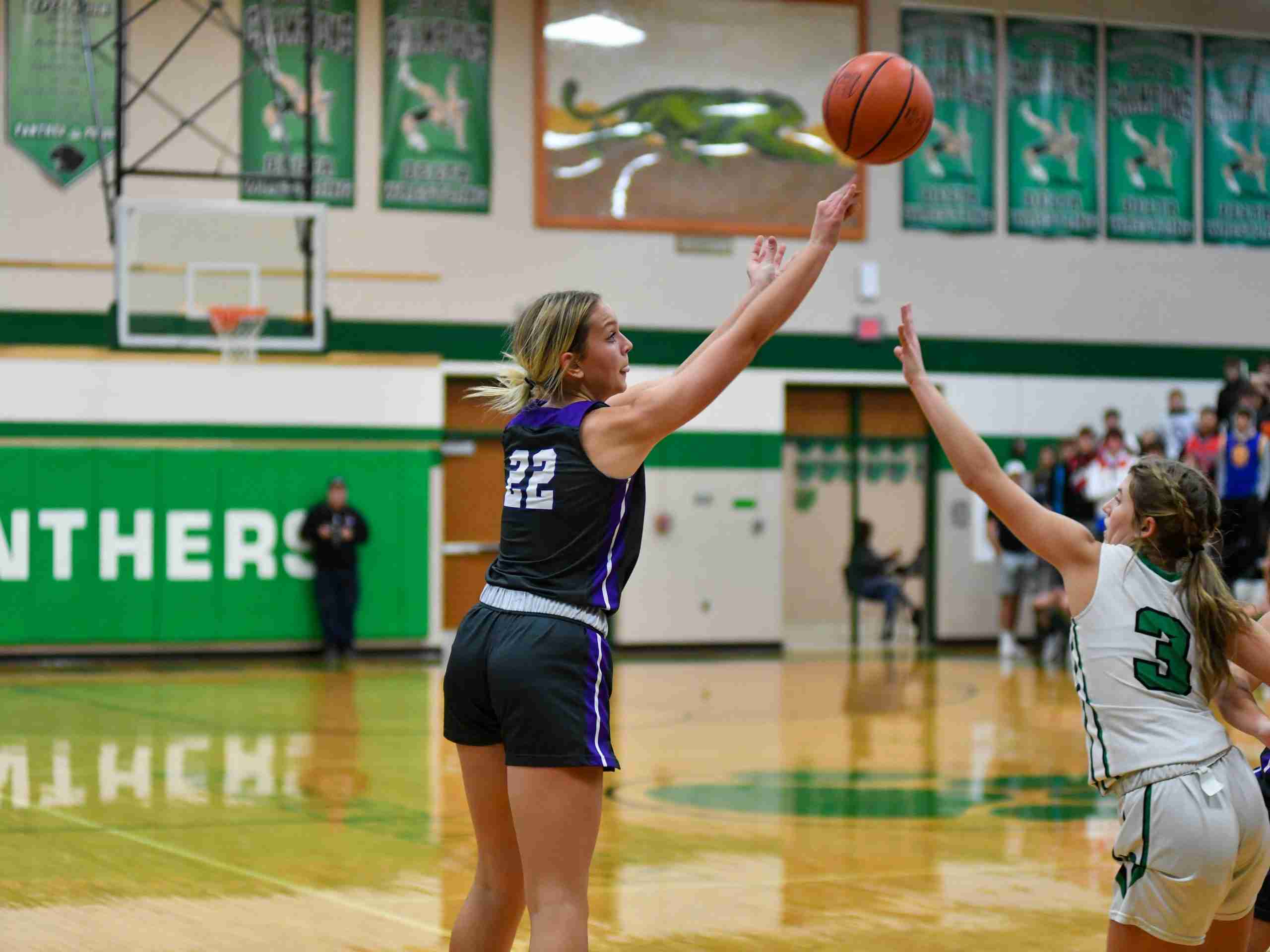 SECOND HALF COMEBACK … Swanton’s Frankie Nelson launches a triple in the first half at Delta. Nelson finished with 23 points as the Bulldogs rallied in the second half to get the win. (PHOTO BY JACOB KESSLER, STAFF)

Madison Brown tallied nine of her 21 points in the fourth quarter as the Eagles outscored Edon 23-6 in the final stanza to get the come from behind win.

Brown was joined in double digits by Lauren Balser who dropped in 11 points. The Bombers, who led 24-16 at halftime, were topped by 19 points from Carlie Kiess.

Montpelier jumped out to a 16-5 after one quarter and then held off Hilltop over the final three quarters to pull out a 54-49 win. Ariel Page led three Locos in double figures with a game-high 19, Trinity Richmire had 14, and Chelsea McCord chipped in with 12.

Hilltop was led in scoring by Leanna Baker with 18 and Libbie Baker added six buckets and two free throws for 14.

Sage Wollace knocked down three of Stryker’s six three-pointers and totaled 19 points to lead the Panthers past Pettisville 47-28. Haylee Fulk also reached double figures for Stryker with 13. Ellie Grieser and Grace Crawford each had eight points for the Blackbirds.

The Bulldogs stormed back outscoring Delta 18-3 in the third quarter to erase a 24-13 Delta lead at halftime on their way to a 45-36 win.

Frankie Nelson was high scorer for Swanton with 23 points while Sophia Burres led the Panthers with 11.

Lake took control early by taking a 22-4 lead after the opening quarter and cruised to a season opening win over Evergreen.

Sydney Woodring was 7/8 from the foul line and connected on eight field goals (3 triples) to finish with a team-high 26 points and freshman Addison Ricker added 10 for Evergreen.