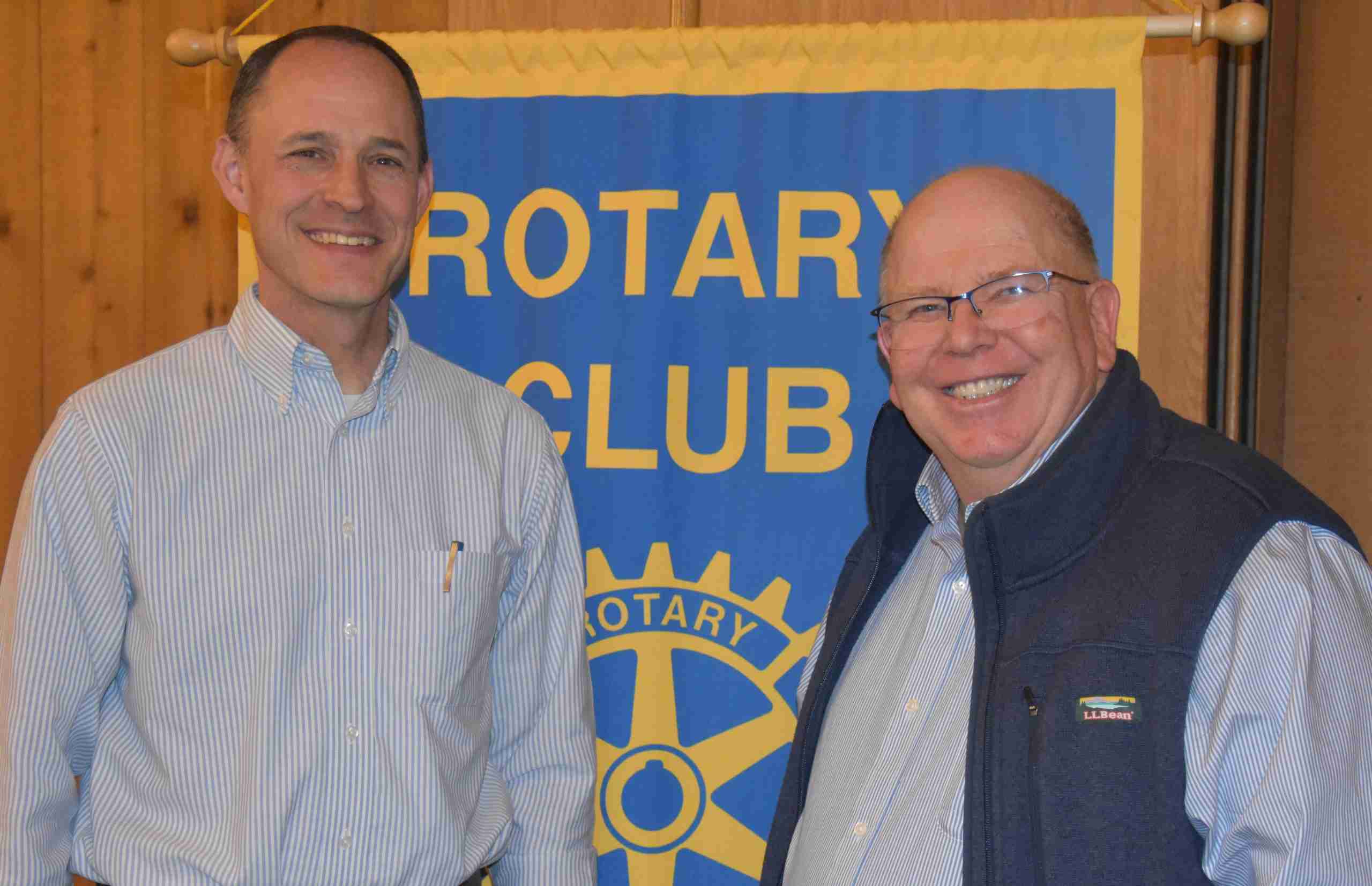 There was a lot of trash talk at the November 17 Archbold Rotary meeting when Defiance County engineer Warren Schlatter (left), who also happens to be the director of the Four County Solid Waste District, explained how the solid waste district came to be in 1988 and how it is governed.

He also talked about the landfills used by the district as well as the role of recycling. He said that all Ohio counties are required to belong to a solid waste district.

While most counties in the state are single county districts, several multi-county districts were created, including the Four County District that includes Fulton, Defiance, Williams and Paulding counties.

The district is governed by a board of directors, which includes all of the county commissioners from the four counties. A policy committee is responsible for developing and monitoring five-year plans for the district.

Membership on that committee is made up of both public and private partners. Schlatter explained that the board’s most recent five year plan has just been approved by the state and now needs to be approved by at least 75 percent of the governmental bodies in the four county area.

He noted that as long as the five year plan conforms with basic state requirements, each board can develop a plan that best fits their area’s needs. All trash collection and recycling falls under the jurisdiction of the Solid Waste District.

Most of the four counties’ residential trash is taken to either the Defiance or Williams county landfills, and each jurisdiction handles recycling is a way that works best for them.

For example, several towns in Fulton County (Archbold, Delta and Swanton) have curbside recycling while a number of Fulton County residences, some businesses and Wauseon take their recycling to Triangular Processing, a division of the Fulton County Developmental Disabilities Board located in Wauseon.

Schlatter noted that the Four County Solid Waste District is the only one in Ohio that works with a county DD board on recycling. The fact that two local landfills handle much of the district’s waste helps to keep the cost of transporting trash to the landfill low.

Schlatter explained that some counties without a local landfill have to haul their trash more than an hour’s drive away. Both the Defiance and Williams county landfills have lengthy remaining years of operation — more than 50 years for Defiance County and more than 170 years for Williams County.

Ohio requires all landfill owners to set aside sufficient revenue to maintain landfills for 30 years after they have been closed. Modern landfills in Ohio are required to have a base of three feet of compacted clay soil that is impermeable, topped with a heavy plastic liner and one foot of gravel on top of that.

Additionally, wells must be dug adjacent to the landfill to test groundwater for methane and any evidence of other material leaching from the landfill. The program was arranged by Skip Leupp.