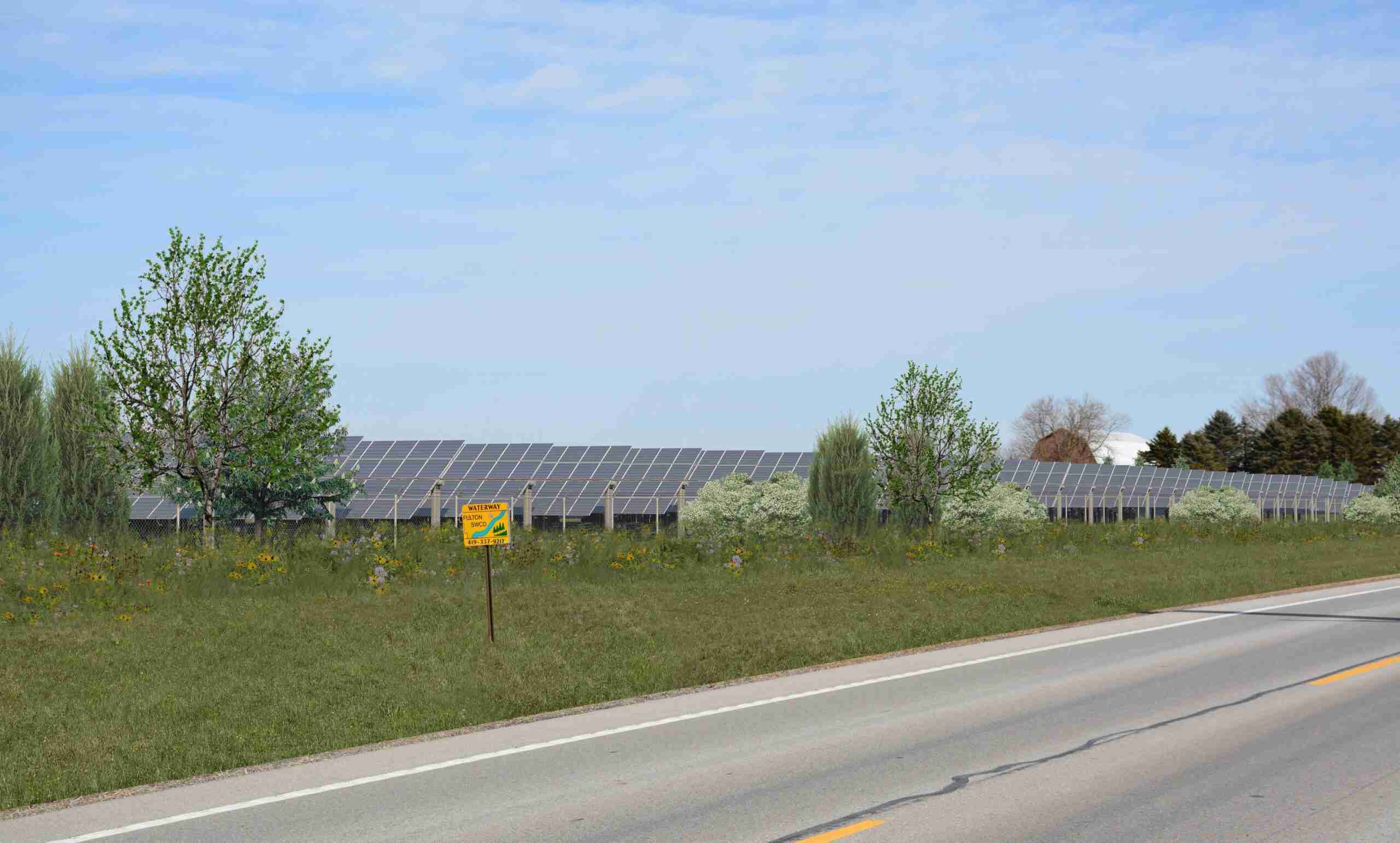 SOLAR … The picture provided shows a mock-up view of what the solar field will look like from US-20 when it is built. (PHOTO PROVIDED)

The project itself is called the Arche Solar Project and is being built through a 50/50 joint venture partnership with BP (British Petroleum) and Lightsource.

The solar field will produce around 107-megawatts and will feed the East Fayette 138kV Toledo Edison substation.

This added capacity allows for the continued supply of electricity to tens of thousands of homes in the area. 150 jobs will also be created during peak construction with the majority of those jobs coming from the local area.

According to Lightsource/BP, existing wooded areas and wetlands will be preserved to maintain a natural screen and to preserve existing natural habitats.

Additional trees may also be planted in order to screen the project from neighbor’s view which will also provide additional habitats.

Additionally, $1.4 Million per year for economic impact during operations will be spent maintaining the facility and the land. Following the end of the 40-year contract, a full decommissioning plan is in place which will see that the project is fully dismantled, removed and recycled. The land will also be restored to its original state.

This project is part of BP’s goal of becoming a net zero company by 2050 or sooner. BP has been investing in energy heavily in the US, spending more than $125 billion in the economy since 2005 while also creating 125,000 new jobs. In a media release, Lightsource BP stated the following.

“Lightsource bp is a utility-scale solar developer since 2010. We build, own, and operate safe and cost- effective, clean energy solutions.

Our end-to-end approach and long-term investment strategy for our solar projects includes maintaining management control along with a significant ownership stake. Our team of in-house experts designs each project to ensure it integrates into the local community and surrounding landscape.

Currently, the target for construction of the project is set for June. This is subject to change as it is dependent on the final interconnection study results which will be received within the next month.