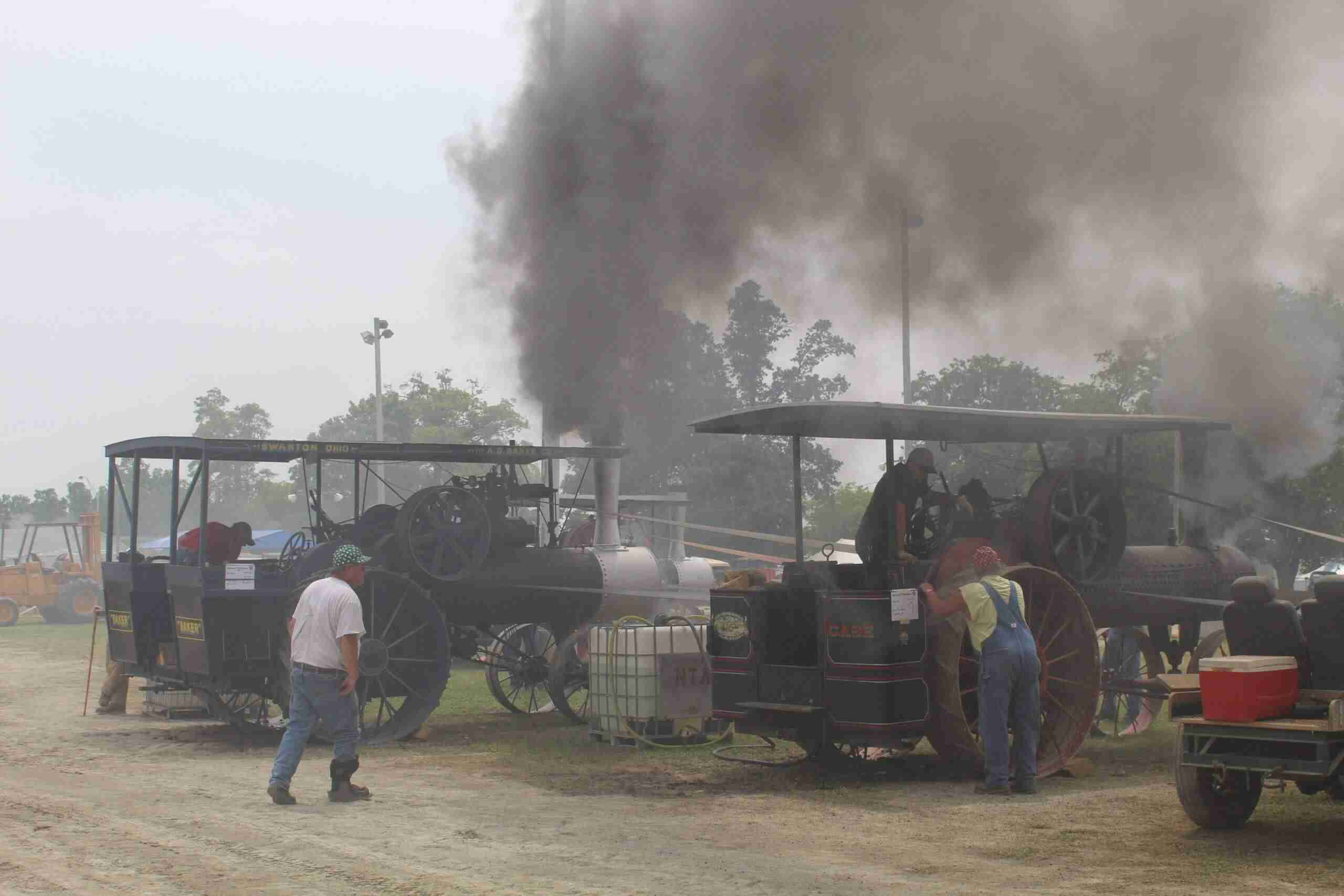 SMOKE FILLED AIR … Engines are running at the Fulton County Fairgrounds for the Thresher’s Event. Visitors walk from engine to engine to admire the older style that used to be.

The Fulton County Fairgrounds hosted the National Threshers Association on Thursday the 24th through Sunday the 27th. This was the 76th year for the Threshers not including last year which was canceled due to COVID.

The event featured tractors and other various farming equipment from the 1890’s to the 1970’s. Tractors and equipment were lined up all throughout the fairgrounds with the track featuring live demonstrations.

Dennis Rupert is the President for the Threshers Association and explained that there were around 50 engines and over 400 tractors registered for this year.

“It’s a big reunion of old engines and engineers. It’s a fun reunion for those of us in the hobby and people come from coast to coast to see it,” Dennis said.

In addition to the engines and tractors, a large flea market lined the midway of the fairgrounds. All kinds of vendors were at the reunion including part vendors, tool vendors, clothing vendors, craft vendors, and more.

Other family friendly things to do included a parade and a spark show. The spark show took place at dusk and featured engines and saw dust that were then put under load and threw sparks into the air.

The Threshers Reunion may be over now, but you can catch it again next summer. 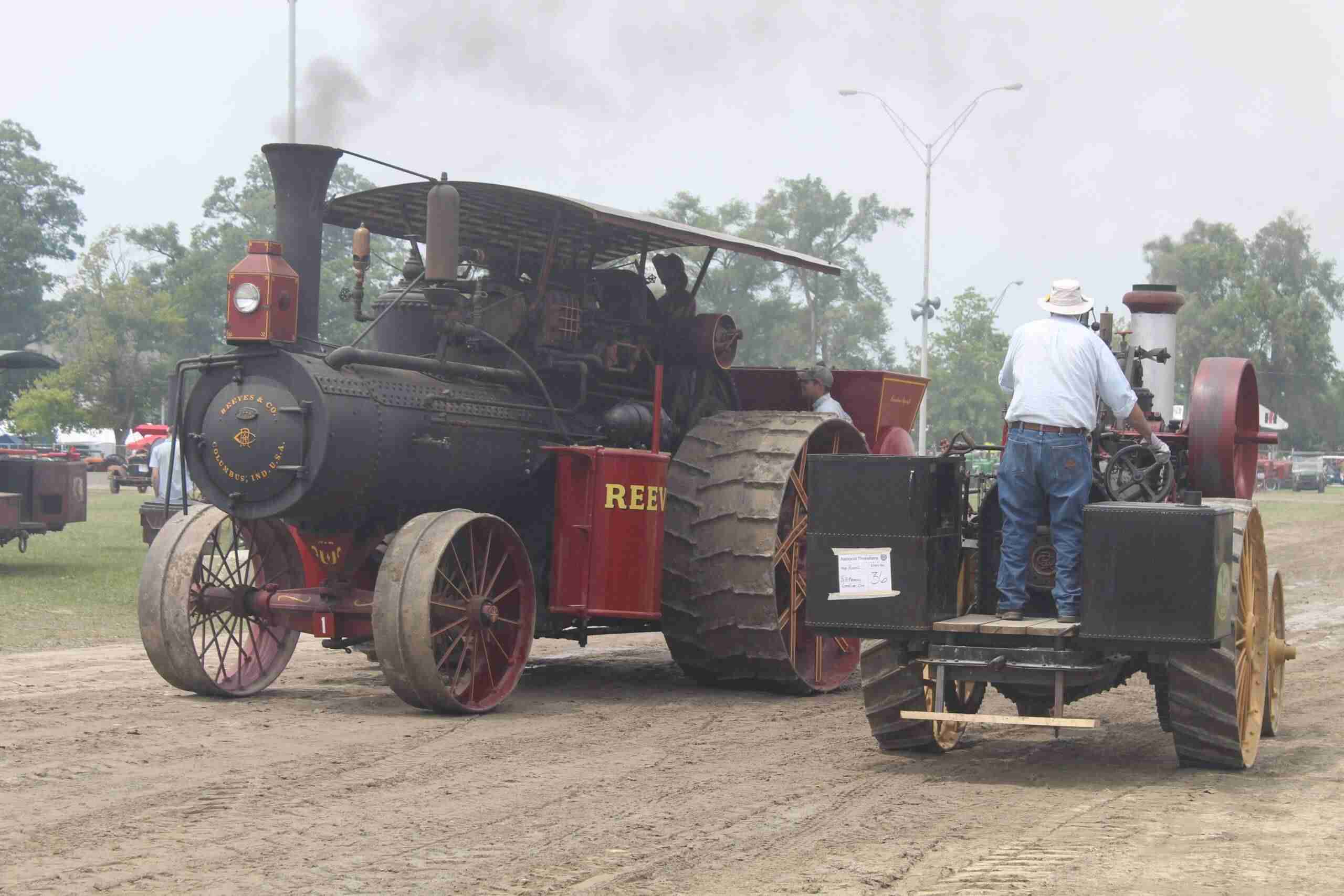 JUST PASSING BY … Two steam engines pass by each other during demonstrations on the track at the Fulton County Fairgrounds. 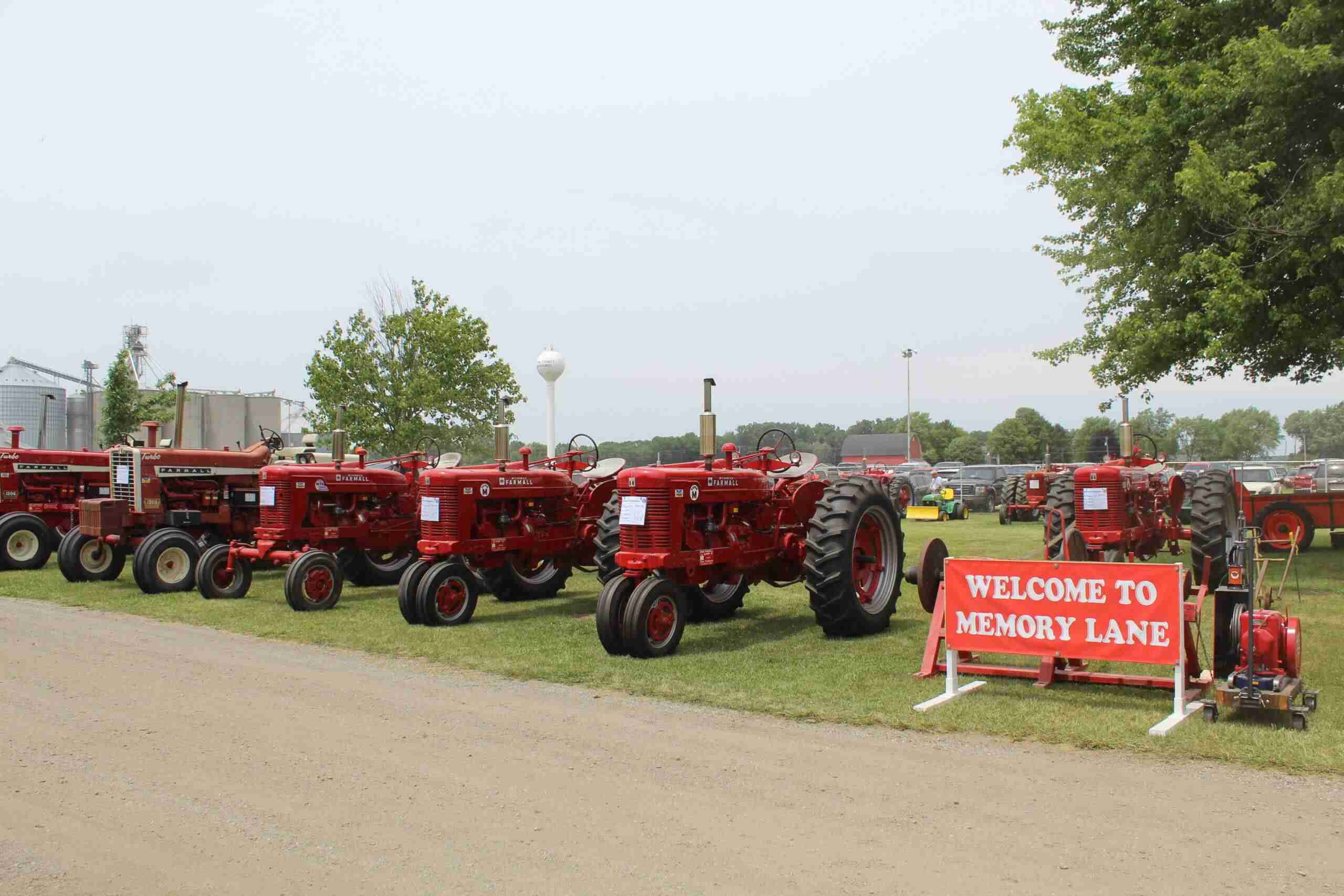 MEMORY LANE … Tractors line the path at the Fulton County Fairgrounds. A sign says, “Welcome To Memory Lane.” For many people, a walk through the event is a walk down memory lane.