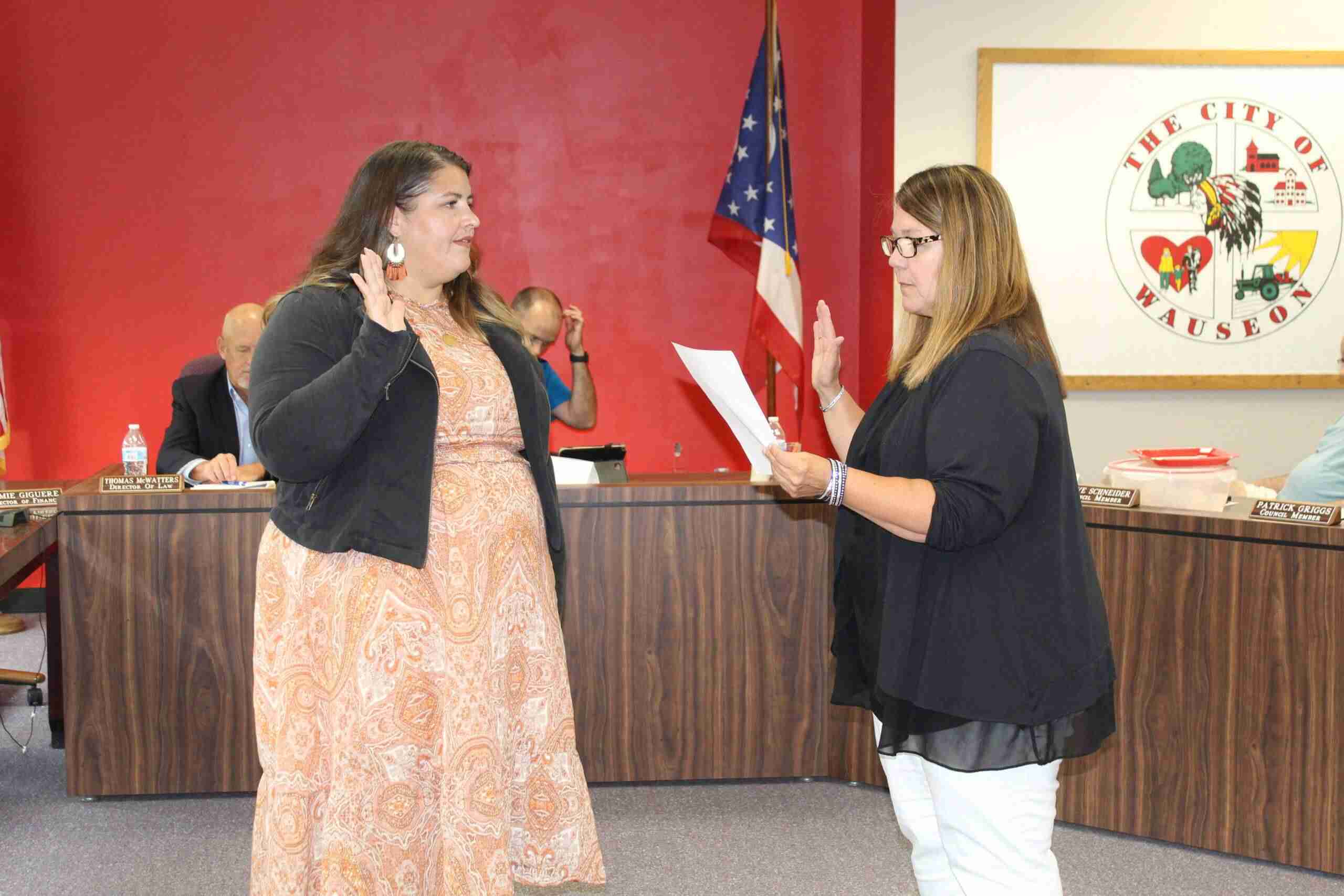 The Wauseon City Council held their meeting on Monday July 19th at 5:00pm. The meeting started with the Pledge of Allegiance followed by a moment of silence. Roll call then took place with all council members present. A motion was then made to approve the minutes from the previous meeting on July 6th.

The council then observed the swearing in of council member Sarah Heising. The council then moved to hear a report from the Park Board. Two items were discussed from the park board meeting that took place on Tuesday July 13th.

Tim Dennis talked to Public Services Director Keith Torbet and asked if the soccer goals could be placed back at Homecoming Park. Dennis also put forward that he would pay for the nets if needed.

A second matter was discussed regarding memorial benches at the park. A family had requested to have one placed but at this time there is no program through the city to have that done.

During the meeting a motion was made to pass the recommendation for the soccer goals at Homecoming Park as well as to look into the creation of a memorial bench program. Both of the motions were approved.

The council then discussed the property being purchased from Jill Hojnacki. The taxes for the property have been paid and the deed should be coming to the city soon.

In New business, a motion was made to authorize the Law Director to sign the electronic ballot to approve, on behalf of the city, the Fifth Amendment Joint Chapter 11 Plan for the Reorganization of Purdue Pharma L.P. and its affiliated debtors. The motion was approved.

A new motion was also made for the mayor to enter into an agreement with the ODNR. The previous agreement that allows for the ODNR to restock the reservoir and conduct enforcement had since expired. The new agreement will last for 25 years and will expire on April 20th, 2046. The motion was also approved.

A discussion took place regarding a concern that had been brought to the attention of council member Steve Schneider from Tom Burkholder who is the manager of the city pool. The concern was regarding the pay for lifeguards at the city pool and the possibility of losing them to other city pools or businesses in general.

It was put forward that a $2.00 raise should be given to the lifeguards. Several council members as well as Mayor Huner were involved in the discussion with the decision being to look into the matter after proper procedures were followed and that any concerns with wages need to be handled through the proper channels.

The Homecoming parade was then discussed regarding a city truck being in the parade. Keith Torbet stated that a truck would be made ready before the parade.

It was then stated that new signs had been placed at Rotary Park regarding the catch and release of fish in the pond.

A motion to approve and pay the bills was made and approved followed by the council voting to adjourn at 5:38pm.