PETTISVILLE BOARD OF EDUCATION: Board Spends Time Discussing Security Arrangements 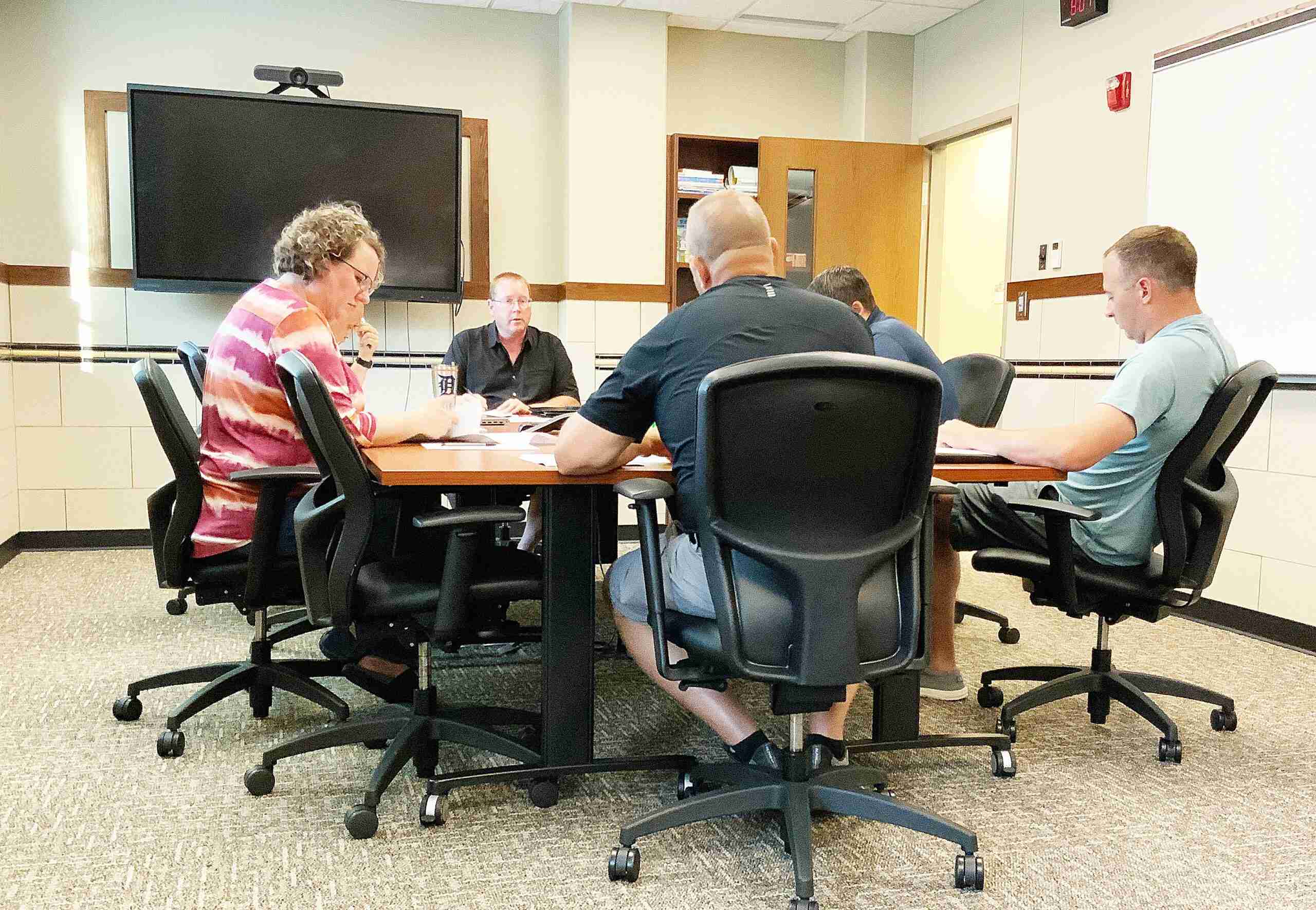 SCHOOL BOARD … Pettisville Board of Education held a short regular meeting, with a long executive session for the purpose of discussing security arrangement details. (PHOTO BY LINDSAY PHILLIPS, STAFF)

Pettisville Board of Education began their meeting at 8:00 p.m. in the conference room on July 11, 2022. The meeting was called to order followed by Treasurer, Chris Lee taking the roll with all Board members present.

Minutes from the previous meeting in June were approved, along with the financial reports and payment of bills.

More than twenty-eight contracts were approved, including one resignation from Brianna Coulter.

A transfer of $93,000 from the General Fund to the Turbine Fund was approved, which became effective July 1, 2022. Following a roll call all items on the consent agenda were approved by the Board.

Superintendent, Josh Clark and Treasurer, Chris Lee presented the board with their reports.

For the purpose of discussing specialized details of security arrangements, Pettisville School Board motioned to enter an executive session at 8:14 p.m., that concluded at 9:24 p.m. with no action taken.

With no further business to discuss, the meeting was adjourned with the next scheduled for August 8th, at 8:00 p.m.