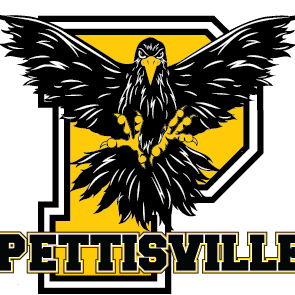 Pettisville Board of Education President Brent Hoylman called the board meeting to order at 7:00 a.m. on April 14. Treasurer Chris Lee took the roll with all members present.

The following items were approved from the consent agenda:

•A Depository agreement with Premier Bank

Principal Michael Lane shared, “Although Previous teams have finished as runner – ups, this is the first time Pettisville quiz team has won the regional competition, congratulation!”

Seniors were given the opportunity to volunteer for Senior Day at Sauder Village on April 13. Students helped Sauder Village personnel get their facilities ready for opening day.

Every year, seniors get the opportunity to give back to a tremendous organization that provides school children throughout the region multiple activities and events in which to participate.

During Principal Lane’s High School report he announced that the Prom will be taking place Saturday, April 30. Dinner will begin at 6:00 p.m. followed by dancing, and ending the evening with after prom activities.

President Hoylman called the meeting to a first executive session at 7:14 a.m. to approve appropriation modifications and the accompanying certificate of estimated resources as presented that ended at 7:35 with no action taken.

A second executive session took place directly after the first, beginning at 7:36 a.m. for the purpose of the appointment, employment, dismissal, discipline, promotion, denotation or compensation of an employee or official, or the investigation or charges or complaints against am employee, official, licensee or student, unless the employee, official, licensee or student requests a public hearing, that concluded at 8:20 a.m. with no action taken.

Following a roll call vote, the meeting was adjourned.