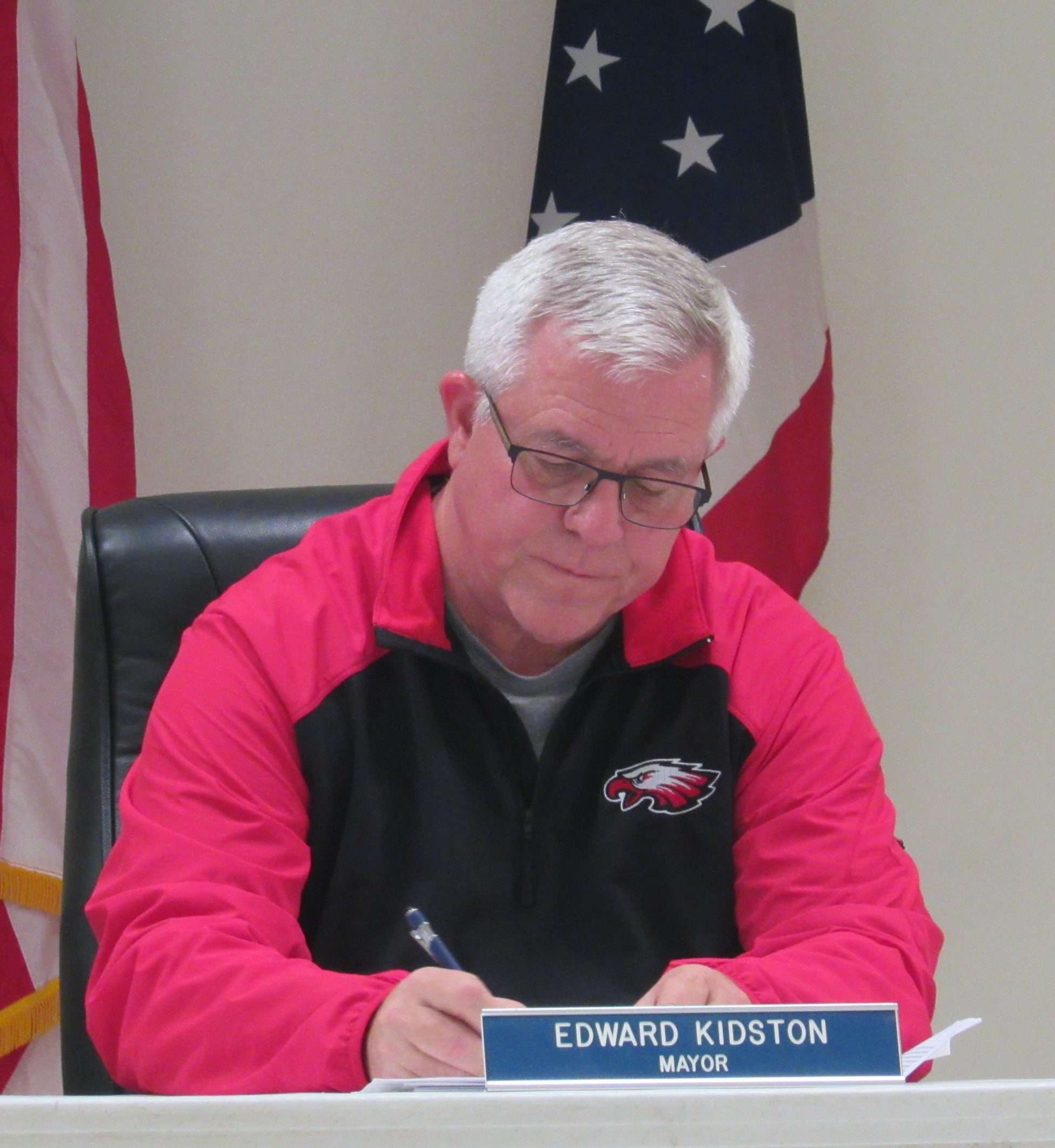 The meeting of the Village of Pioneer was called to order Monday, November 8th at 7:00 pm. Everyone said the Pledge of Allegiance and then, Mayor Kidston revised the agenda and moved ordinance 52-2021 to be taken care of after Executive Session. Roll call was taken, and all were present except Albert Kwader.

Ordinance 52-2021 is an ordinance to set wages for 2022. There was a motion to approve the agenda, and it was seconded.

There was a motion to approve the minutes of the last regular meeting on October 12th, and it was seconded.

Mayor Kidston talked about the financial report and mentioned the new line that cost $1,758,623.98. There was a motion to approve, and it was seconded. A motion to approve payment of the bills was made and seconded.

A motion was made to approve the payment of the Pioneer Hometown Hardware invoice for October for $329.87. The motion was seconded. There was no police report made.

Fire Chief Denny Fackler was there to make the Fire Report. He talked about donating used gear that they do not use, and nobody is bidding on publicly. Millcreek bought items as well as Concord Indiana fire department.

Al Fiser read the Administrators report. He talked about the Medical Mutual Health insurance renewal and spoke about the water treatment plant being completed.

April McMillen presented the Fiscal Officer report. She spoke about adjustments being made for the water and about budgets hopefully being ready by the next meeting.

Council Reports were made. Mentioned in the report was the annual tree lighting will be Saturday, November 20th at 5:30 pm. The annual Village Senior Christmas Dinner will be on Tuesday,

December 14th. People who plan on attending need to call the Village Office so they can get a headcount to know how much food will be needed.

Motions were made for each ordinance, and all were seconded. A motion was made to go into Executive Session and was seconded.