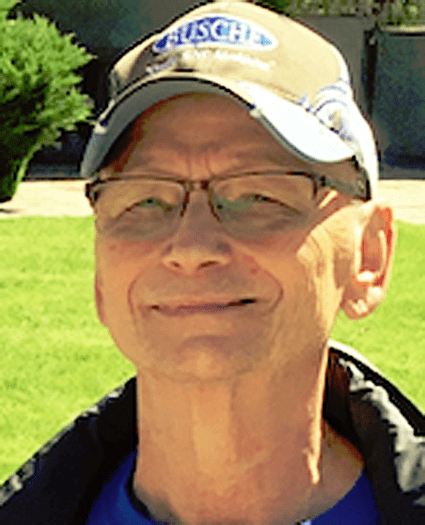 Ray Linn Chroninger, 75, of Edon, Ohio, passed into the presence of his Lord Monday, September 19, 2022, following the effects of a long illness.

As he has dealt with all experiences in life, Ray managed his illness with strength and grace, with the love of his devoted wife Ellen and his unshakeable faith in his Savior.

Ray was born in Wauseon, Ohio, son of the late Rosa Lucretia and Emory Alva Chroninger.

The youngest in his family, he spent his early life on a family farm in northwest Ohio and graduated from Edon High School in 1965.

Soon after high school, Ray enlisted and served in the army where he performed helicopter maintenance during the Vietnam War.

As an enlisted man, he traveled to several places as part of his tour of duty, and one such adventure found him in Mechanicsburg, Pennsylvania where he met his future wife.

Not long after leaving the service, Ray married Ellen, and together they raised a family of four children while he worked in family farming and manufacturing.

Being a kind and dependable father and husband was of the utmost importance to Ray, and he certainly did not disappoint when it came to wholeheartedly loving his family, as recently he and Ellen celebrated 51 years of marriage.

Ray shared his dreams of traveling the country and experiencing the beauty of remote destinations with his wife and children in recent years with family trips and RV excursions.

Ray loved spending time with his loved ones and sought to travel with various family members as often as he and Ellen could manage.

Ray was also a hobbyist astrophile, and loved a clear night sky where he could stargaze and enjoy astronomic events with his telescopes.

Additionally, Ray and Ellen were part of a small church family at Mt. Union Christian church near Cooney, Ohio.

On his final day, Ray was surrounded by supportive family and grandchildren, all of whom he deeply loved.

He was preceded in passing by his daughter Michelle Fehler, his two brothers, Alva “Leroy” Chroninger and Robert Chroninger, and his parents, Rosa Lucretia and Emory Alva Chroninger.

Memorial contributions may be made to The Assistance Fund  at https://tafcares.org/donors/donate/.