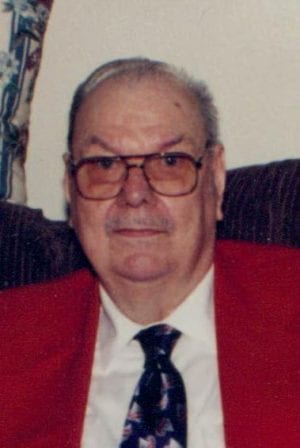 Ray E. Impton, age 91, longtime resident of Stryker and recently of Bryan, Ohio, died on Tuesday, October 18, 2016, at Genesis HealthCare-Bryan Center, where he had been a patient. Mr. Impton was self-employed, having several service stations in Stryker and Bryan and also sold insurance for many years. He was a life member of Bryan Eagles Aerie #2233.

Ray is survived by his sons, Mike Impton, of Bryan, James (Cindy) Impton, of Swanton and Jerry (Barb) Impton, of Montpelier; son-in-law, Randy Bolton, of Bryan; eight grandchildren; many great grandchildren and a sister, Arlene Franks, of Bryan. Preceding him in death were his parents; his wife, Barb; daughter, Kathy Bolton; two grandchildren; sisters, Leona Shirkey and Donnabel Coy and a brothers, Harold and Robert Impton.

Visitation will be in Grace Community Church, 206 West Bement Street, Bryan, Ohio, from 11:00 A.M. to 1:00 P.M. on Friday, October 21, 2016. Services will immediately follow the visitation with Pastor Kevin Kellum officiating. Interment will be private in Shiffler Cemetery.
Arrangements have been entrusted to Krill Funeral Service, Bryan.

Memorials in the name of Ray E. Impton may be given to Community Health Professionals Hospice Care

Condolences may be sent to and the online register signed at www.krillfuneralservice.com.