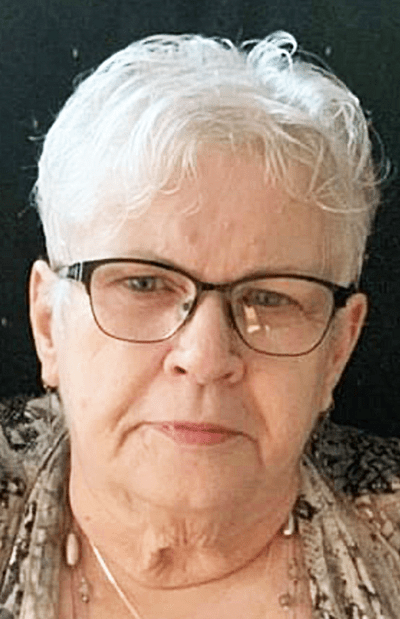 Sara Jane Zaerr McGinnis, age 81 years, of Archbold, passed away peacefully in her sleep in the early morning hours of Saturday, December 31, 2022.

She was born May 8, 1941 in Wauseon, the daughter of Maurice and Marguerite (Nofziger) Zaerr.

Sara Jane attended various churches throughout her lifetime as she moved multiple times in her 81 years of life.

Although Sara Jane lived many places throughout Ohio in her lifetime, she spent the majority of them in Archbold where she drove a school bus for the Archbold Area School District and worked at Zaerr’s Home Restaurant, while at the same time following in her mother’s footsteps pursuing and successfully completing a nursing program.

After which she spent the remainder of her working years at Defiance Hospital. Upon retirement and the subsequent death of her husband she moved to Maineville, Ohio.

Ultimately moving to Archbold in 2016 where she spent her final years living out her life as a proud and loving Mother, Grandmother, Sister, Aunt, Cousin, and friend to many.

She was preceded in death by her parents, husband, one infant granddaughter, Sara Jo Larrick.

Services will be held on Saturday January, 7, 2023 at 11 AM at Archbold United Methodist Church.  Friends may call from 10-11 AM before the service.

The family suggests that memorials be given to Fulton County Senior Center. www.ShortFuneralHome.com