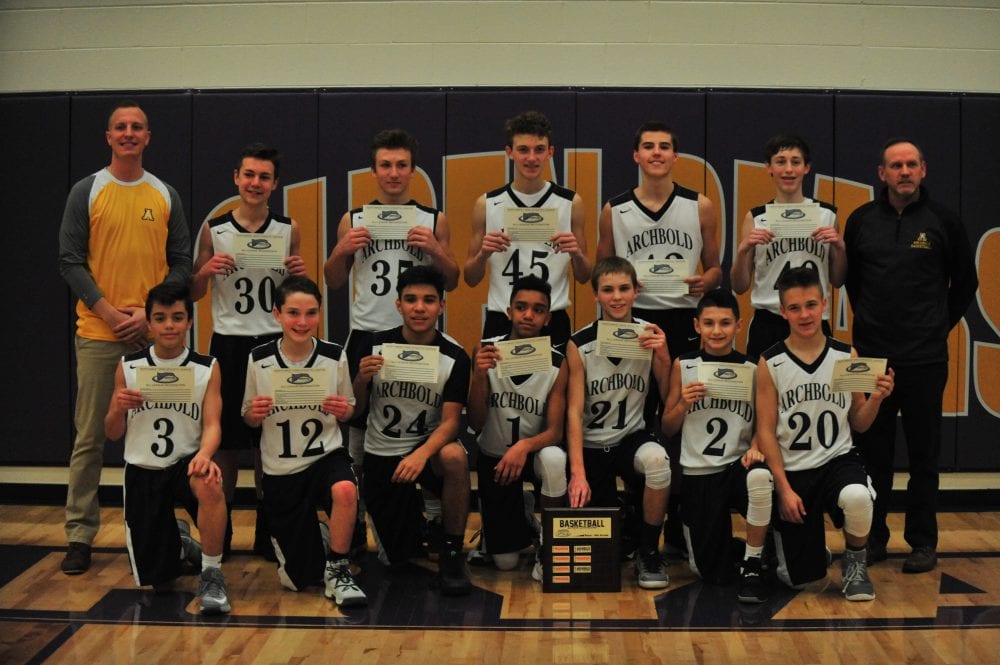 The Indians held the Bluestreaks to just one first quarter point taking a 4-1 led in the opening quarter.  However, from then on the Bluestreak full court press and intense half-court defense limited Wauseon to just 12 more points en route to a 31-16 thrashing of the Indians and the NWOAL Championship.

Archbold had a balanced attack as 7 players reached the scoring column.  The Bluestreaks also utilized the trifecta knocking down 5 out of 10 shots from behind the arc.  Kobe Kennedy led the way dropping in 7 points, while the trio of Brandon Taylor, Austin Roth, and Trey Theobald added 6 points apiece.  Jacob Walters and Noah Gomez put in 3 points each, and Parker VonDeylen contributed 2 to the cause.

Connar Penrod was chief of the Indian charge scoring 11 points, including 2 from downtown.  Ayden Cheney converted an “And one” to finish with 3 points, and Isaac Wilson scored two for Wauseon.