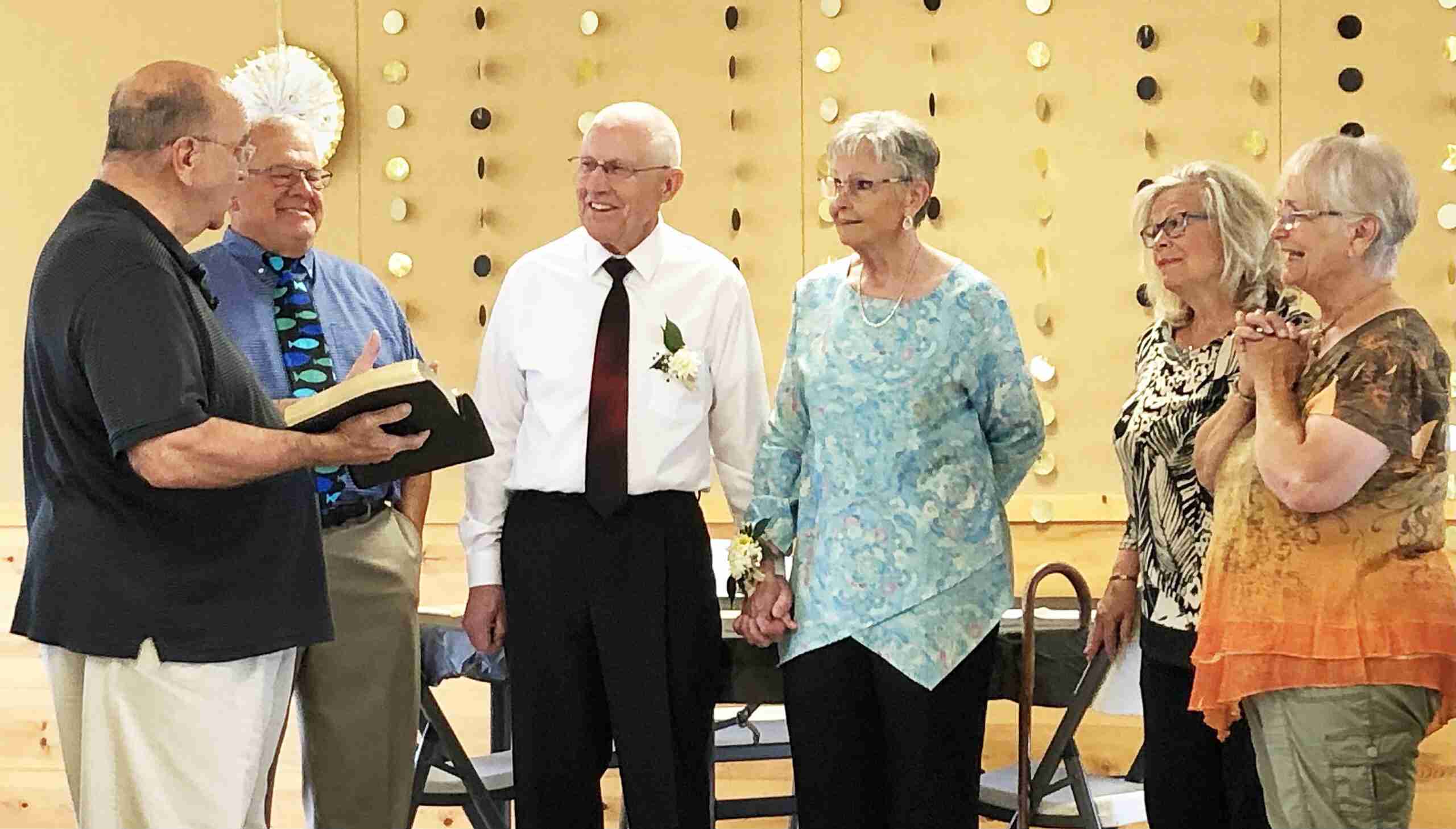 50TH WEDDING ANNIVERSARY CELEBRATED WITH OPEN HOUSE AND CEREMONY … Stryker couple, Don and Carol Barnett, celebrated their 50th anniversary by exchanging vows and rings with family and friends in attendance. The open house was held in the Stryker Shelter House on Sunday afternoon, June 26, 2022. Don Harris, founding pastor of House of Prayer in Montpelier and Don Barnett, founding pastor of Christ Community Church in Ridgeville Corners, had the blessing of pastoring together years ago. Don Harris performed the speaking of the vows ceremony at the 50th Anniversary event, saying that this meant more to him than he could even express. Standing with them as they exchanged vows were Don Harris, John and Donna Stellema, and Gay Lynn Harris. John and Donna became close friends with Don and Carol many years ago when they were all missionaries in Haiti. It was a very special day for everyone in attendance, to witness God’s faithfulness. (PHOTO BY REBECCA MILLER, STAFF)