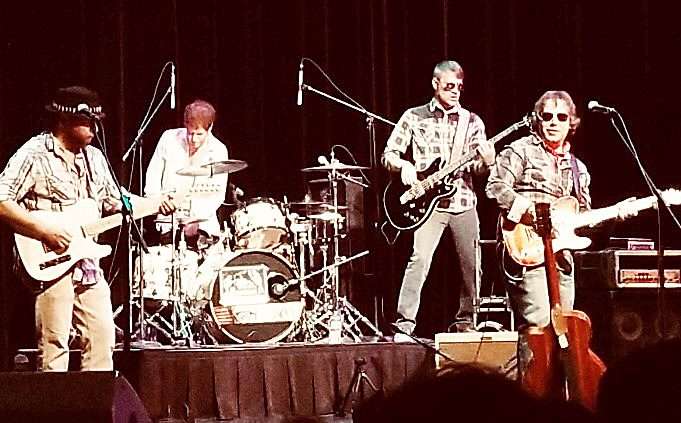 (PRESS RELEASE) Archbold, OH – Creedence Revived, the world’s premier CCR Tribute Band, will be live at Sauder Village on Friday, July 29. Tickets are now on sale for this special evening event on the 1920s Main Street at Sauder Village.

“We’re excited to have live music back at Sauder Village with a spectacular concert featuring Creedence Revived, a band that pays homage to one of the greatest American rock and roll bands ever,” shared Kim Krieger, Media Relations Manager.

“At this concert on Main Street you’ll hear songs like Have You Ever Seen The Rain, Fortunate Son, Proud Mary, Bad Moon Rising, Born on the Bayou and many more!”

Creedence Clearwater Revival (CCR) was an American rock band in the late 1960s and early 1970s. Creedence Revived is one of the most highly sought-after CCR tribute bands.

Playing all over the world,  and with a track-record of selling out shows everywhere they go, Creedence Revived is the real deal.

The group is made up of four of Chicago’s & LA’s most talented and eclectic musicians – consisting of an award winning vocalist nicknamed “the chameleon” in the industry for his unique ability to shift his vocal to match the style of any vocalist, a world-renowned blues guitarist who attracts blues fans from around the world, a studio bassist who has appeared on many top charting albums, and a drummer who sells out theaters on his own based solely on his unique playing style.

Creedence Revived has toured Europe and Malaysia and the group frequently gets re-hired year after year to return to the same events with fans walking away in awe of the group’s performance.

“We pay tribute. We play the music as if we wrote it. We perform as if we were the original band. CCR is legendary,” said Rich Perez, Lead Vocalist, Creedence Revived.

There will be snacks and sandwiches available for purchase on Main Street and the Soda Fountain will be open with a variety of ice-cream treats.

Guests can stop by the Main Street Confections candy shop to purchase fudge, popcorn and other old-time candy, and adults can order wine, craft beers, and the latest Prohibition cocktails at The Broken Barrel Speakeasy and along Main Street.

Concert tickets are available for $20 on the Sauder Village website, www.saudervillage.org.  \Entry to the concert will be at the gate east of the Welcome Center. While some bleacher seating will be available, guests are encouraged to bring lawn chairs to relax and enjoy the concert. Coolers are not allowed at this evening event.

Sauder Village is located at 22611 State Route 2 in Archbold – just minutes from Exit 25 of the Ohio Turnpike.

The Historic Village is open Wednesday through Saturday from 10:00 a.m.-5:00 p.m.  The Village is closed on Sundays, Mondays, and Tuesdays this season.