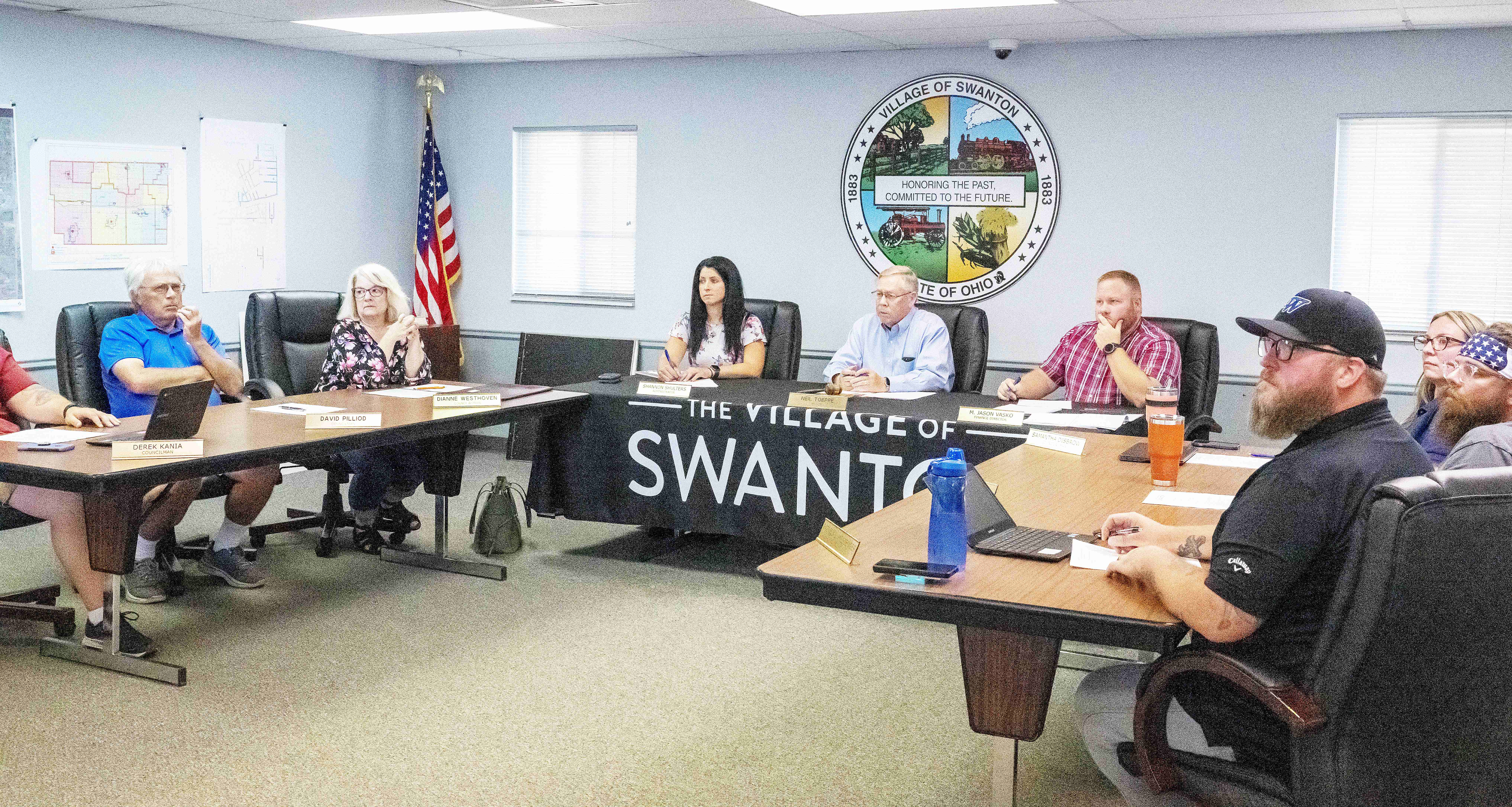 COUNCIL … Council heard from Mrs. Pilliod regarding concerns at the park before the upcoming Swanton Corn Festival. (PHOTO BY JACOB KESSLER, STAFF)

The Swanton Village Council held their meeting on Monday, July 18th. The meeting began at 7:00 p.m. with the mayor reading the meetings live stream policy.

The Pledge of Allegiance then followed after before council moved to approve the agenda with two amendments. The offer of employment 2A was withdrawn and public comments were added to the agenda after the administrators report.

In old business, the following legislative actions were approved. The Third Reading to establish the final assessments for all properties in the Village of Swanton, pursuant to Ohio Revised Code Section 727.01 Et. Seq. for the cost of leaf collection.

The Third Reading to establish the final assessments for all properties in the Village of Swanton, pursuant to Ohio Revised Code Section 727.01 Et. Seq. for the cost of street lighting.

In new business, financial statements discussed during the Committee of the Whole meeting were approved. The following numerous personnel items were then also approved.

The reclassification of Nicholas Rohrs from part-time to full-time and the resignation of Shawn Bowman from the Swanton Fire and Rescue Department was also approved.

Council next heard the mayors report. The mayor stated that he had met with residents on West Garfield regarding construction issues. Several issues that were found will be addressed.

The establishment of an economic development organization was then discussed with it being stated that many people have spoken in support of its creation.

In the Administrators Report, general updates were given. The Fire Advisory Board meeting was rescheduled but it was decided to cancel the deposit for the used fire truck.

The Tree Commission was then discussed with it being stated that three out of the five benches for the memorial program have been sold.

Moving to public comments, Mrs. Pilliod from the Swanton Corn Festival Committee spoke to council regarding the park.

She discussed a list of concerns regarding the park following up to the festival and asked if there was a way to have them fixed in time.

It was stated by Mr. Vasko that he and the Village Administrator would be going to the park on the following day and would look at getting things taken care of.

With no other items on the agenda, council moved to enter into executive session at 7:25 p.m.