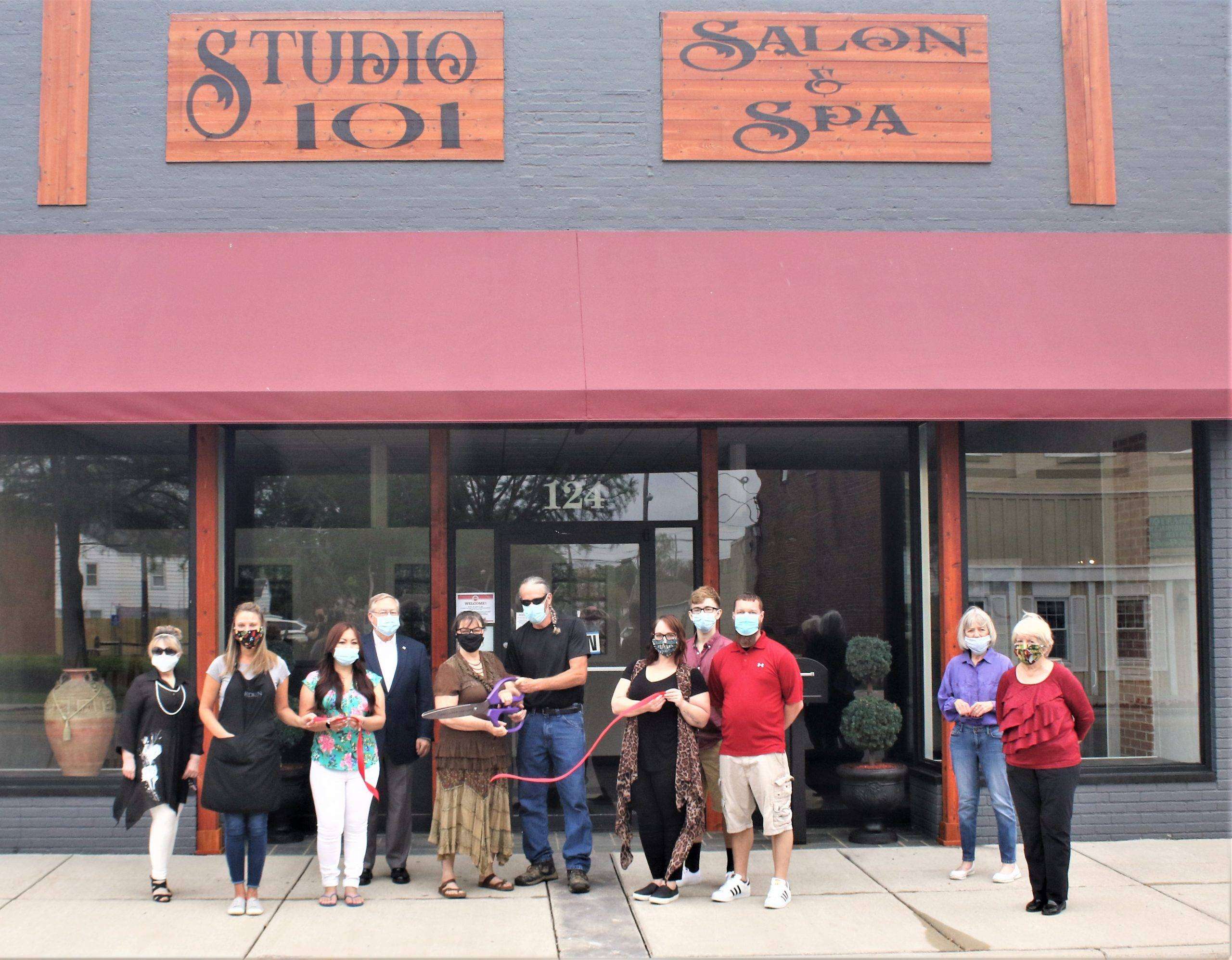 After fifteen-years, Studio 101 Salon & Spa has taken on a new appearance. Janet Ritter had the unique opportunity to purchase one of Swanton’s historical downtown buildings allowing her to grow her salon business and expand on another business opportunity, providing a venue for small gatherings such as weddings, showers, and a meeting place.

The salon’s new location located at 124 North Main Street contains over 2700 spacious square footage allowing for a full-service salon catering to hair, skin, nails, and massage services. An additional 3840 square feet will house seating for approximately 125 guests for special events. Janet has been in the cosmetology industry for over 30 years and is looking forward to her second act.

This location will be Janet’s third in the Swanton area. In 1994, Janet owned and operated The Janet Ritter Salon for six-years next door to her current location. In 2005, Janet returned to Swanton after working in Holland for six-years and opened Studio 101 Salon & Spa on Church Street. Janet realized that when you love what you do, it’s hard to retire, so instead, she decided to transform her business to benefit Swanton Downtown District.

Transforming the space into a salon was a labor of love, which Janet hopes will provide salon and banquet services for years to come. Currently, Janet’s daughter, Ashley Braatz, Kyla Rameriz, Danica Gineman, and Pon Chapman make up the creative team specializing in an array of salon services.

The salon is open Monday through Saturday with hours to accommodate your schedule. Walk-ins are accepted, appointments are preferred. You can call (419) 826-9146 for referrals and appointments.