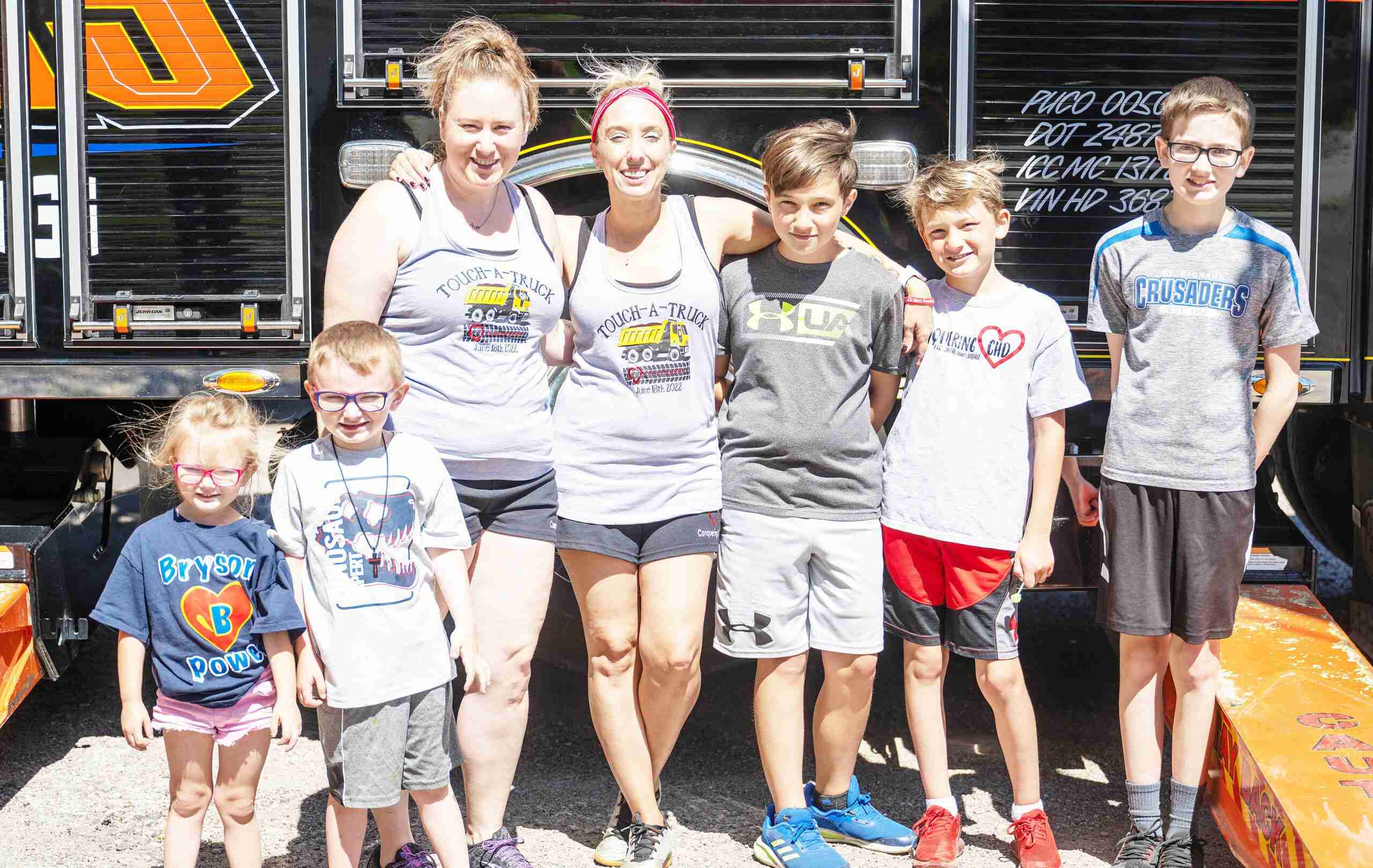 A Touch A Truck event took place in Swanton this weekend on Saturday, June 18th at St. Richards Catholic Church. The event was put on to raise awareness for Congenital Heart Diseases that affect approximately one out of every one-hundred babies born today.

This disease has also become the leading cause of birth defect related infant deaths and premature deaths.

In addition to raising awareness, the event also acted as a fund raiser for the Northwest Ohio Chapter organization called Conquering CHD.

The organization is a non-profit that helps the community through hospital kits, brochures, educational materials, awareness, and support for CHD effected families. The Northwest Ohio group was co-founded in 2019 by Laci Yoakam.

Amanda Hoover and Tanya Laney were then voted on as Co-Leads in 2021 due to their common passion to make sure no one feels alone. These volunteers wanted to figure out a way to be able to get the word out more.

With Father’s Day taking place this weekend, it was thought that a Touch a Truck event would work well.

COVID was also still a concern when the event was being organized due to most CHD effected children and adults being immunocompromised in some way making an outside event the best choice.

“We are doing this event as Dads are a huge contribution to the Heart community, and we wanted to focus on dads and the family. Many times, fathers are not able to be at the hospital with their sick child, and they have to stay at home to support them while mom and child are at the hospital, they too have a story,” said Co-Lead Amanda Hoover. 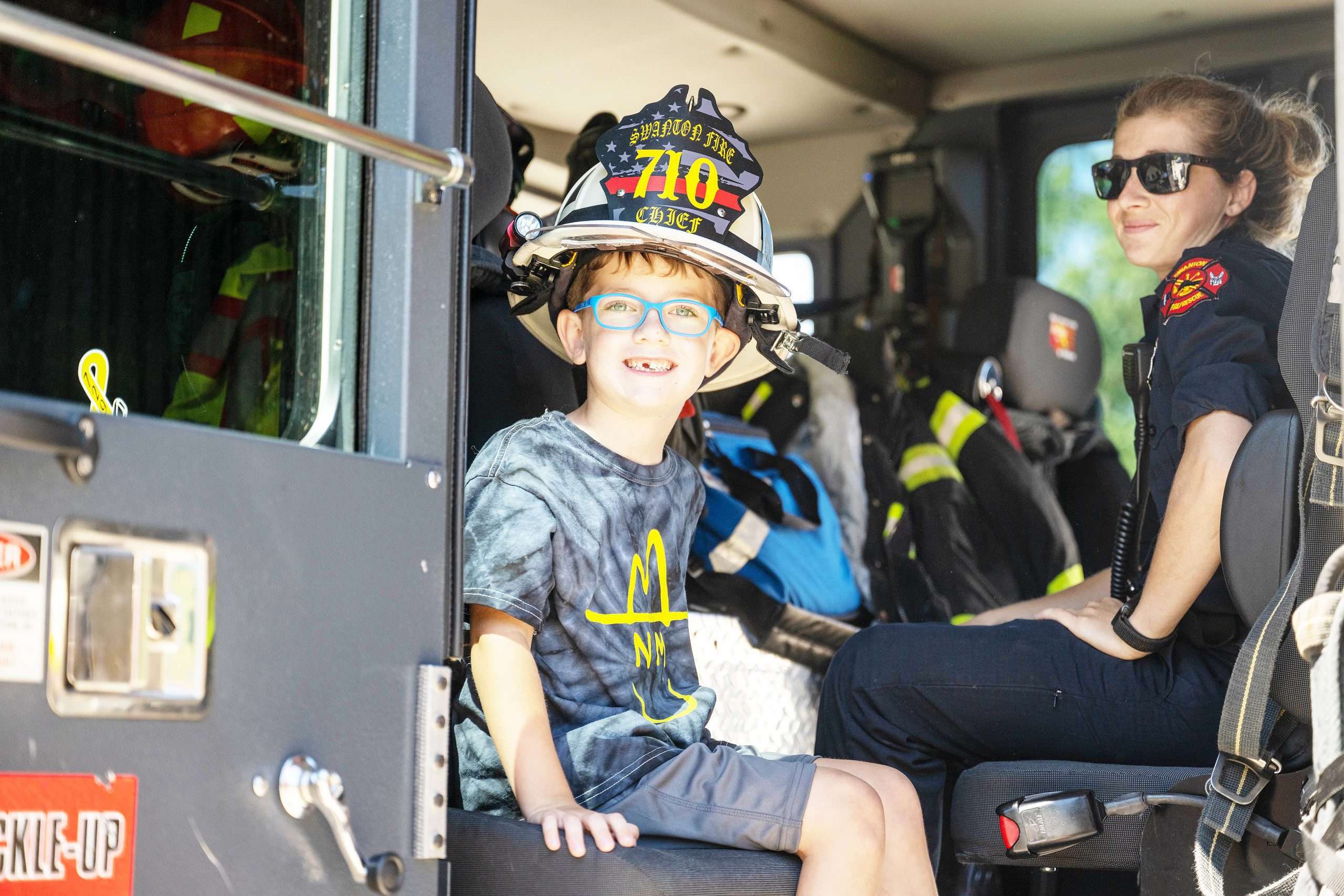 HELMET… Children were able to step up and experience the inside of a Swanton Fire Engine during the Touch a Truck event in Swanton.

She continued with, “When we were in the hospital, we didn’t know about this, it wasn’t out there. An event like this helps to get the word out there so that people are more aware of it. That way other parents aren’t in the hospital feeling so alone.”

Feeling alone in any situation is never a good thing, but Conquering CHD would at least like to try and help those who are starting to face this situation.

Numerous local organizations came to give their support like Republic Services with garbage trucks, heavy duty and towing trucks from Bubba’s, four wheelers and ATV’s, the WTOL Weather Defender vehicle, a Bass Pro truck and Boat, Promedica, the Swanton Fire and Rescue Department and more.

Many in the community also came to give their support as well with many kids coming to experience the trucks.

Hot dogs, chips, pop and cotton candy were available as refreshments for those that came. Raffle baskets were also available with prizes ranging from a smoker, fishing gear, camping chairs, free oil changes, a portable BBQ grill, a bourbon basket, drive in movie theatre tickets, and much more.

The event was free to the public with all money being made through freewill donations.

The organization would like to thank everyone who came out for their support as well as all of their sponsors and St. Richards Catholic Church.