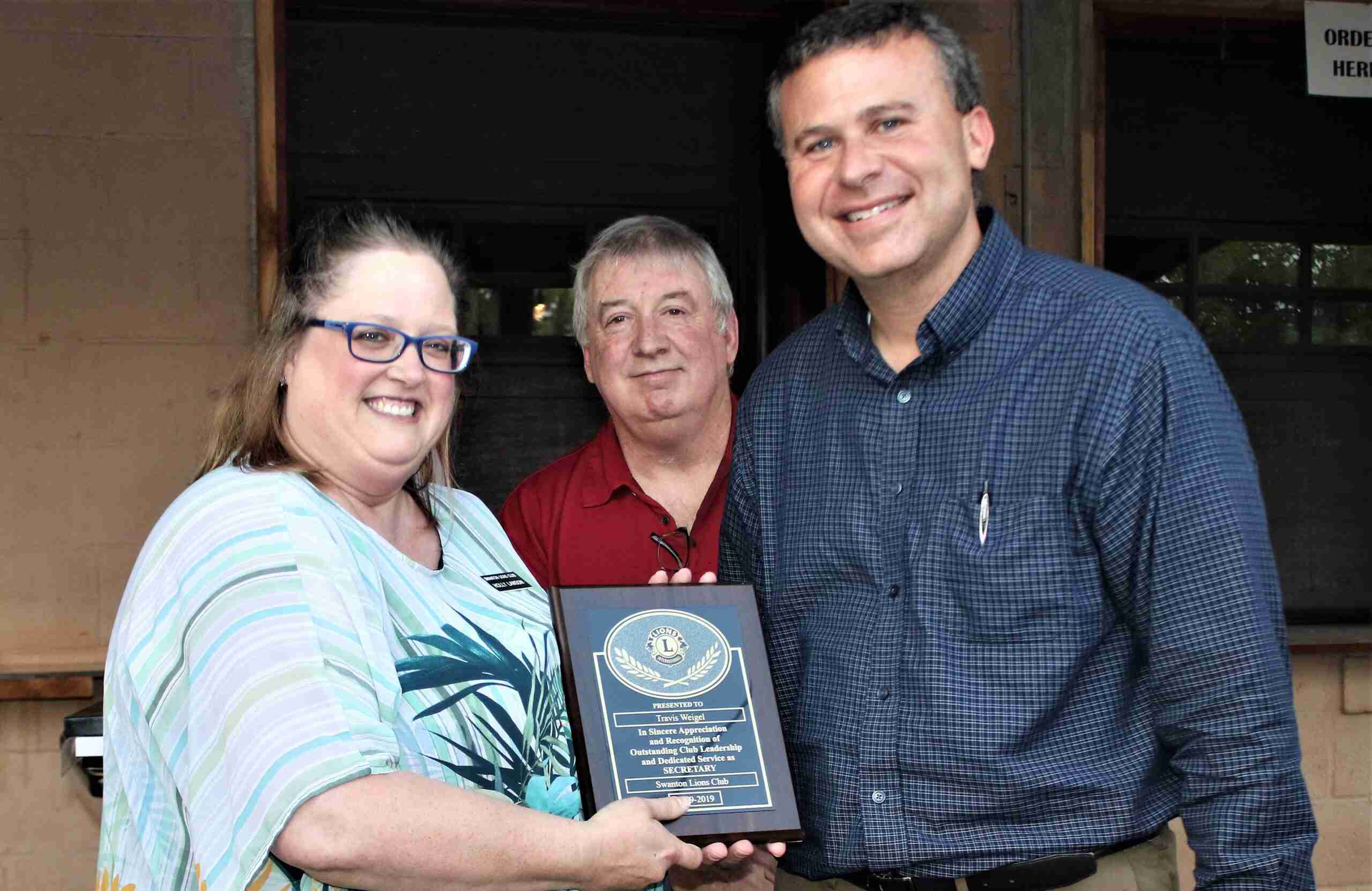 The Swanton Lions Club held their awards night last Tuesday and honored, among others, Travis Weigel for his years of dedicated service to the organization. Mr. Weigel, owner of Weigel Funeral Homes, is a founding member of the Swanton Lions that received its charter in 2009.

He also served as Club Secretary for the first nine years and was awarded “Swanton Lion of the Year” during that tenure. In addition to his service to the Swanton community, Mr. Weigel serves as a trustee for Swancreek Township.

Also honored was Boyd Mozingo for his years of service as the Lions Treasurer and Richard “Dick” Notestine for serving as the Lions’ President in 2019-2020.