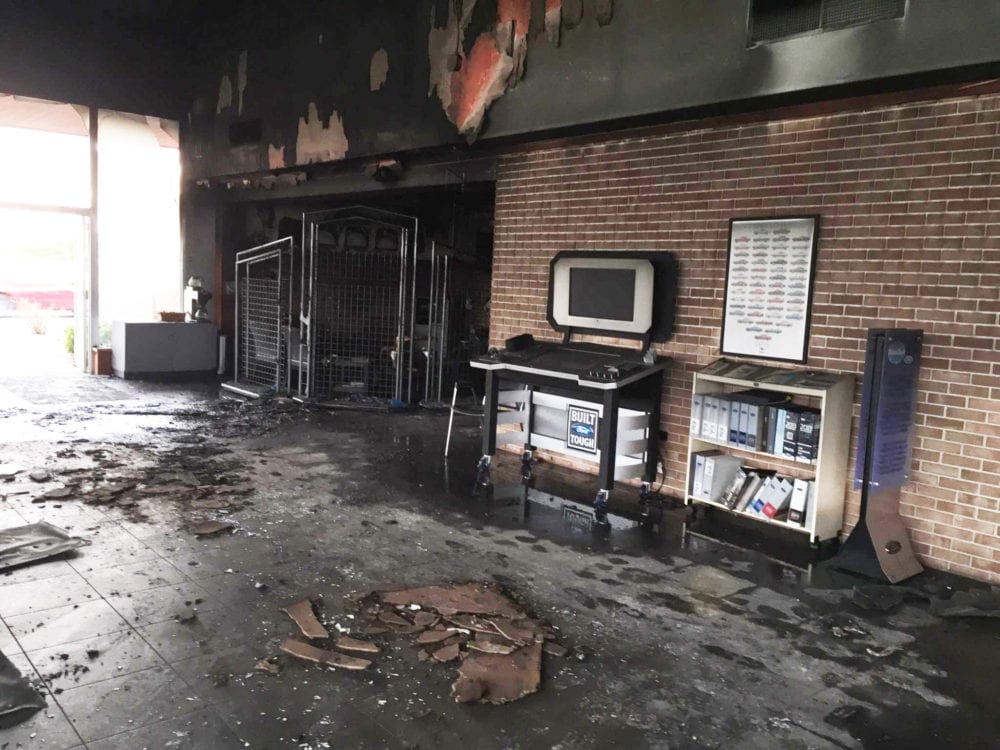 Patrolmen from Bryan City Police and Deputies from the Williams County Sheriff’s Office responded to a suspicious person complaint near 920 North Main Street (Bryan Ford) in the City of Bryan at approximately 1:00 AM on May 9th.

Jordan Cargle, age 19, 314 East Trevitt Street in Bryan, and a juvenile male were located on the property. They were both arrested for Breaking and Entering and possession of criminal tools, both fifth degree felonies. While the deputies were still on the scene, they noticed smoke inside the business. The Bryan Fire Department responded and handled a small fire. The business received damage from the fire and smoke.