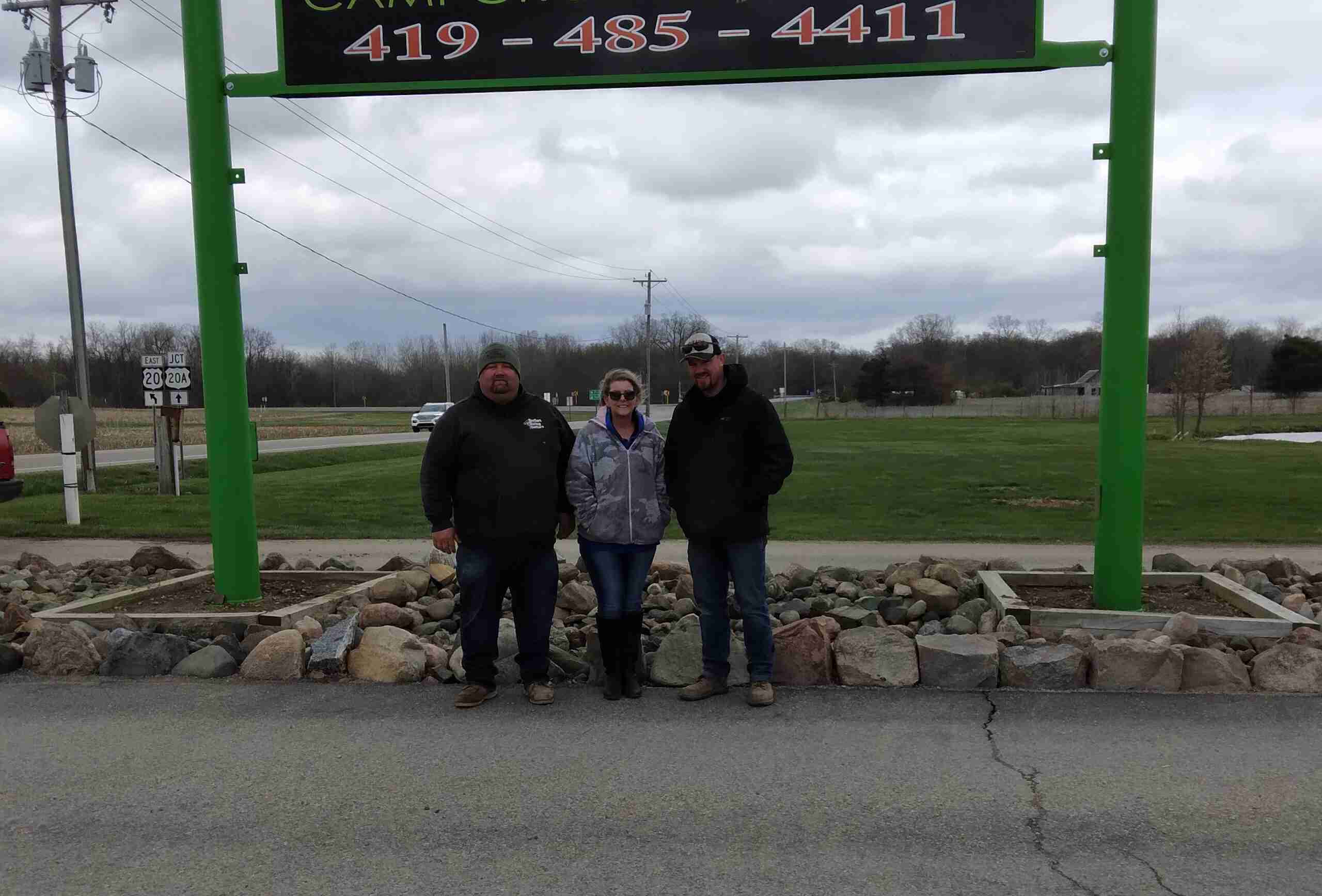 After working in the construction business for more than 10 years, Ryan Isenhower and Steve Rogers decided to try something different. “(Doing something else) would be a little easier on the body,” Isenhower said.

First, Isenhower and Rogers flipped houses together and then owned apartment buildings. Then, they both decided to try owning a campground.

“We had one place that fell through and then I heard about the Lazy River Campground, that was run down,” Rogers said.

“I pretended to be a camper initially, but I drove through there with the idea of asking the guy if it was for sale. When I asked him, he said yes and we’ve never looked back.”

The new name for the campsite, River’s Edge Campground and Resort, officially opens on May 1. But some have already been using the campsite.

“We were expecting to sell about 50 seasonal campground passes, but we’ve already sold 150 seasonal passes, which surpassed our expectations. We have just 30 spots left and some of the people are those coming back, who used to camp here many years ago.”

Going back, Rogers and Isenhower bought the property from Doug Rowland on January 1 of this year. But the pair and some others started working on the campground property the first week of July, last year.

“We’ve been doing a total revamp of the property, with new bathrooms, shower houses, playground, office and roads,” Rogers said.

The majority of the work is now complete. “There are some people I’d like to thank, because we couldn’t have gotten the work done without them,” Rogers said. “And most of them are retired.

Also, Doug Rowland has been great to work with, in helping us get ready.”

As far as campsites, along with seasonal camping, there are water and electricity sites, full hook up sites, tent sites, cabin rental and primitive camping.

Things that are available on the site, are two fishing ponds, a swimming pond, a swimming pool, a volleyball court. basketball court, playground, shuffleboard courts, a laundromat, a store, a pavilion, game room and trash areas.

There is also a camp store, run by office manager Beverly Taylor. Among the things to be found at the store are Custer’s Ice Cream, produce, sweet corn, Quality Meats and Cheese from Hart Brothers, Slushees, popcorn, fountain pop, pizza by the slice from Blaze and Babes, convenience items, tee shirts and sweatshirts.

To make a reservation, someone can go online to riversedgecampgroundandresort.com or on Facebook, or a phone call, at 419-485-4411.