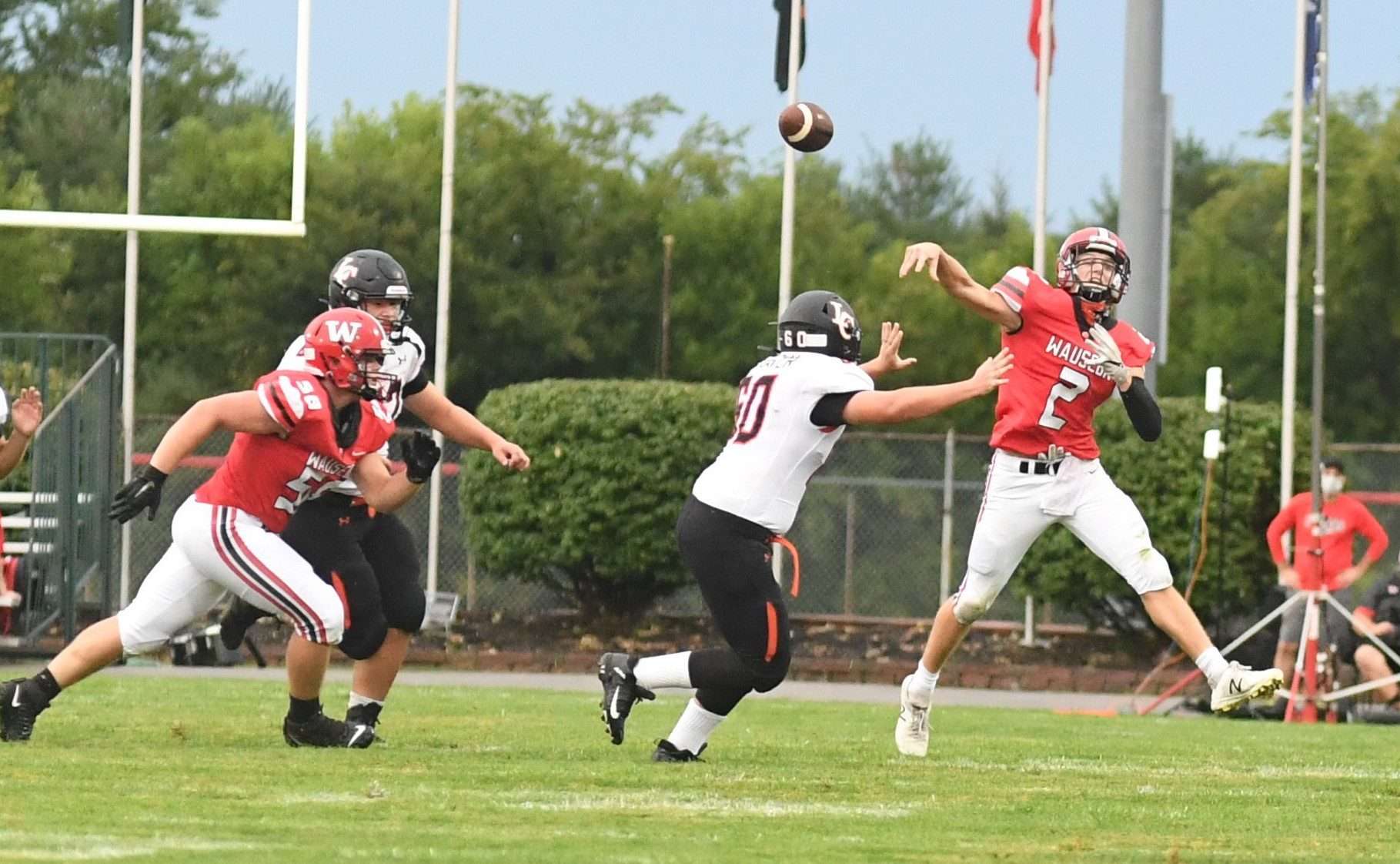 After a slow start, the Indians scored on the final play of the first half and carried that momentum into the second half to defeat Liberty Center 30-16 in an early season showdown in the NWOAL. Liberty Center established their running came early with Max Phillips scoring on a 24-yard run near the end of the first quarter to give the Tigers a 7-0 lead.

Phillips continued to pound the middle of the Wauseon defensive line in the second quarter, scoring on a 20-yard scamper to make 13-0 Liberty Center with 6:03 left in the first half. The Indians put together a drive on their last possession of the first half, ending when quarterback Connor Penrod connected with Jude Armstrong on a 14-yard touchdown pass to make it 13-7 at the break.

Wauseon would keep things rolling on their opening possession of the second half with Penrod hitting Sam Smith on a 58-yard scoring strike to tie the game at 13-13. On the ensuing extra point, Penrod scrambled after problems with the snap and found Logan Carroll in the end zone for a two-point conversation to give Wauseon a 15-13 lead. That would remain the score entering the final quarter until Penrod found Smith again, this time for 16 yards to make it 22-13 with 10:48 remaining.

Following a Tiger field goal that cut the Wauseon lead to 22-16, the Indians put the game away when Penrod and Armstrong hooked up on a 42-yard scoring play with 2:26 left in the game. On the night, Penrod was 20/31 for 277 yards and four touchdowns while also rushing 15 times for 67 yards.

Jonas Tester led Wauseon in receiving with 8 catches for 79 yards, Smith had 2 receptions for 74 yards, and Armstrong hauled in five passes for 70 yards. The Tigers were led offensively by Phillips who had 164 yards on 27 carries and two touchdowns.