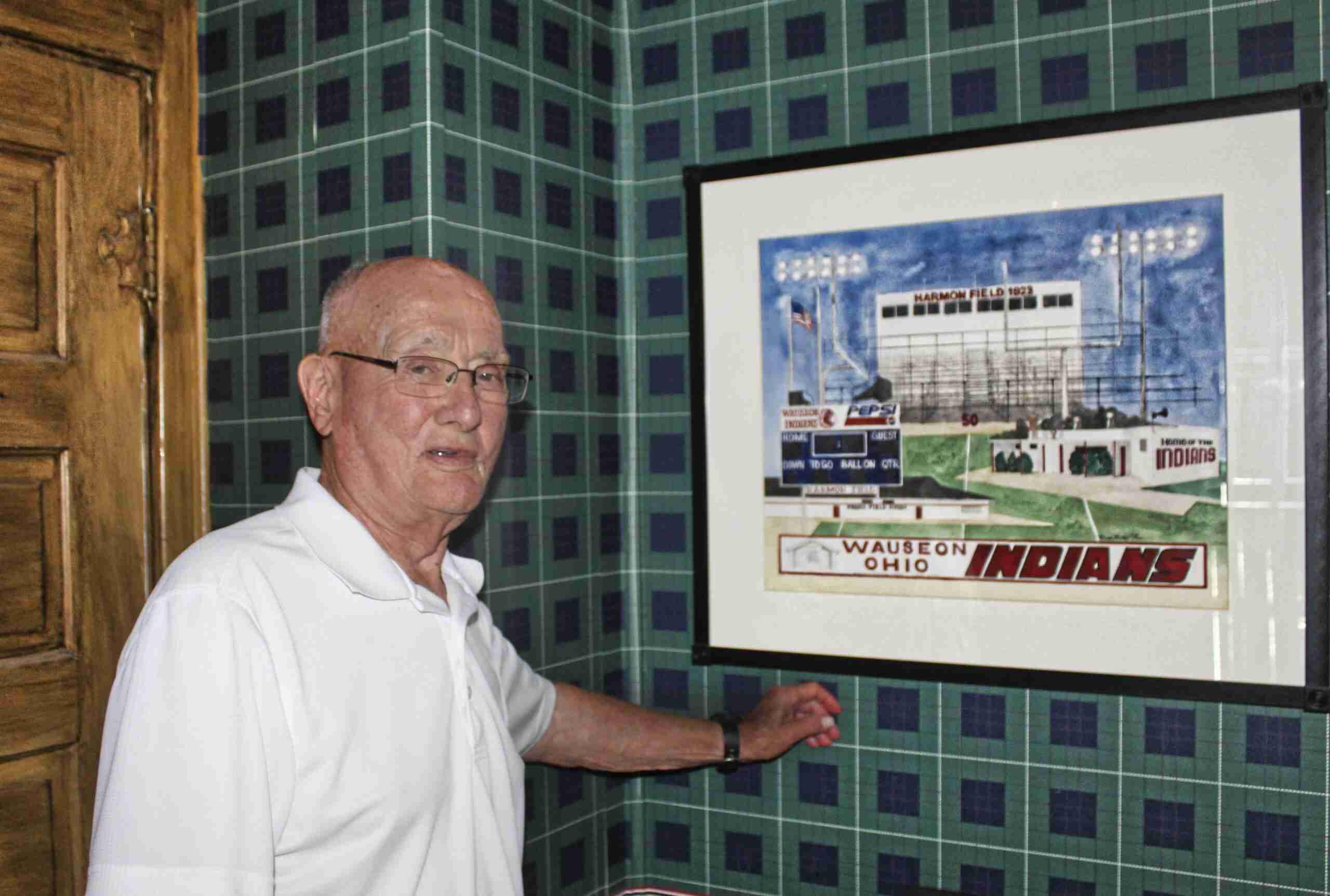 WAUSEON INDIANS … Larry Fruth stands with a picture that was gifted to him when he retired from the school. (PHOTO BY JACOB KESSLER, STAFF)

A long list of former players, coaches and graduates got involved in a petition to start this process and succeeded with board members being proud to vote yes on the motion that brought it forward.

Larry Fruth was born in 1934 in Napoleon, Ohio. Larry lost his parents when he was very young and went to live with his sister and brother-in-law. As he grew up in Napoleon, he played many sports and Lettered in Track for four years as well as basketball and football for 3 years.

After high school he spent two years in the Army and went on to earn his master’s degree from Indiana University and a bachelor’s degree from Bowling Green.

He moved to Wauseon in 1959 to work at the school as a biology and government teacher and was also the Assistant football coach and the coach for the freshman basketball team. The following year he became the Head Coach for the Wauseon football team after taking over from coach Ed Boy.

During the first year of being head coach he also continued to coach freshman basketball before leaving that position to be the head coach of the baseball team.

The following 2 year after, he then took the position of Athletic Director and left the other sports position, other than the head coaching position for football, to focus on that job.

“I had a good long career. I’ve been fortunate to be in a school with a lot of tradition, the community backs it well and we have a good school and athletic facilities which makes the job easier.”

“We had a lot of good players and good people involved. My wife Sharon was instrumental in all of it. As a coach’s wife it was a very difficult position to be in. She helped to keep everyone together,” said Mr. Fruth. 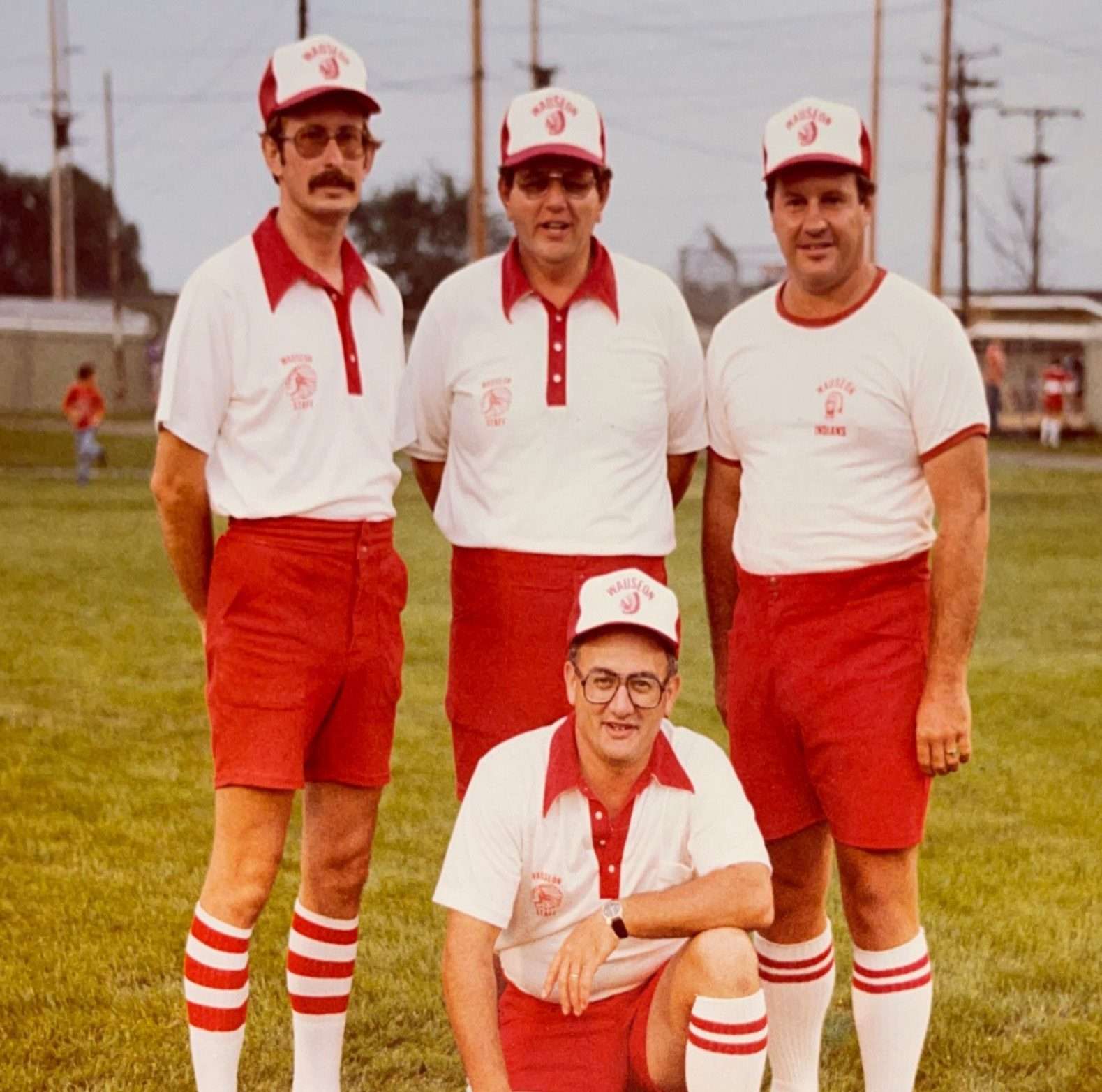 BLAST FROM THE PAST… Larry Fruth (seen kneeling at the bottom) stands with Charlie Meyer, Keith Fritz, and Steve Schneider.

Today, Larry and his wife Sharon still live in Wauseon. They have had 5 children together who are Mark, Todd, Larry II, Shari, and Dawn – who has since passed away.

In the petition submitted to add Mr. Fruth’s name to the stadium, a part of it states: “There are hundreds of players who could tell stories of Coach Fruth and how he cared for us even after we left the program or Wauseon.

He would visit us in the hospital in our later years…. he was a father figure when we lost a parent. He counseled many of us on career paths and called us when we had life struggles of our own. He has never stopped being our Coach.”

The petition speaks to a man who “illustrates the unselfish standard of excellence.” It is not just about being a coach with the most football wins in school history, it is about the kindness and unwavering support he has given and continues to give to all those that know him to this day.

FULTON COUNTY GAME OF THE WEEK: Archbold Bounces Back To Handle Delta 43-0 On Homecoming