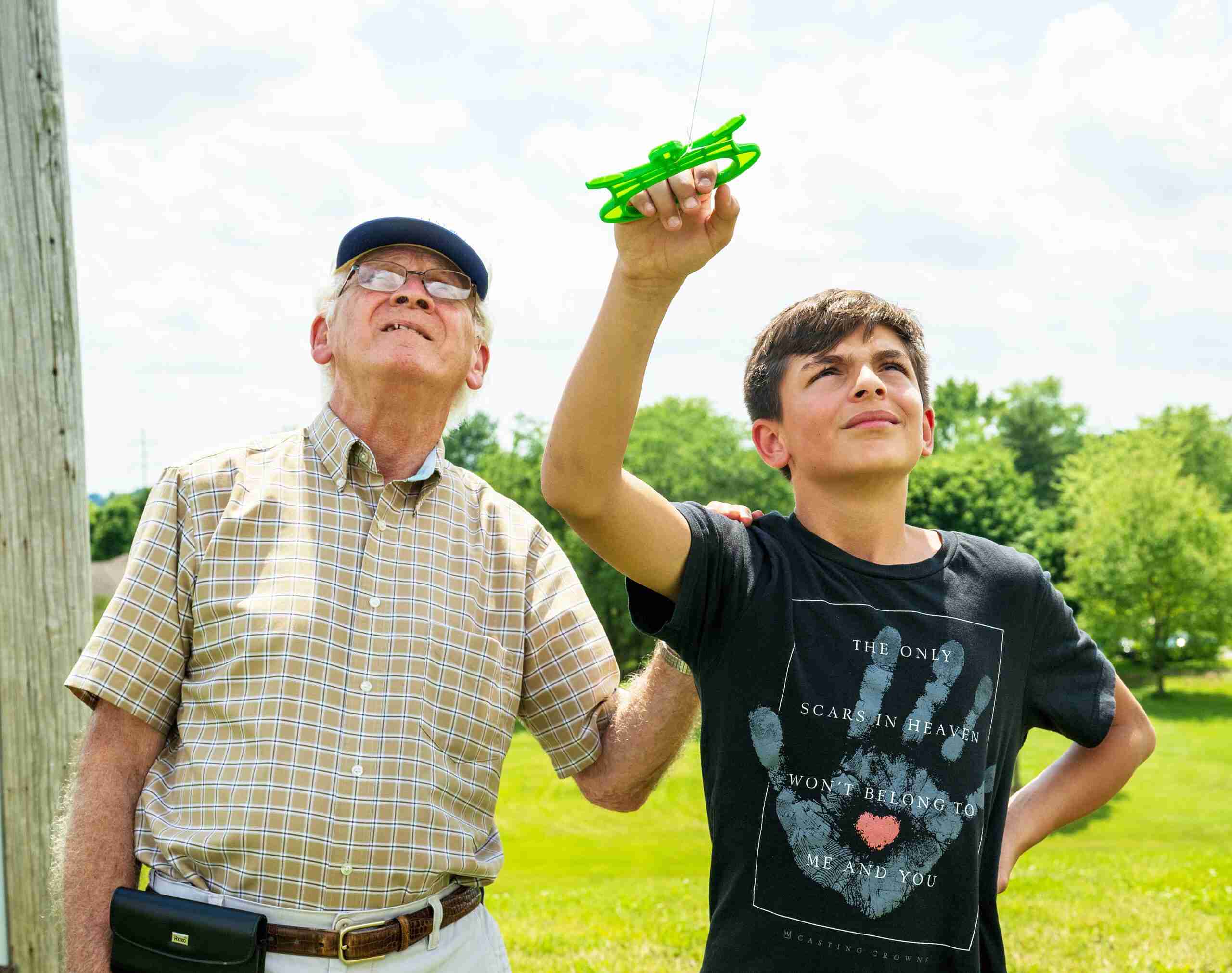 GENERATIONS … Leland Good to the left and Daniel Hernandez to the right fly a kite at the Wauseon Kite Festival. The pair are grandfather and grandson who came out the fly a kite together at the top of Homecoming Hill. (PHOTO BY JACOB KESSLER, STAFF)

The Wauseon Congressional United Church of Christ held their annual Kite Festival at the Homecoming Park in Wauseon on Sunday, June 12th.

Everyone was welcome to come and fly a kite at the park and compete in a competition and have an afternoon of family fun.

Kites could be brought from home with some also being provided to children for free who were also able to keep the kites. A plaque and trophy were given to those who flew their kite and won one of four categories.

The categories were for the kite that stayed in the air the longest, the highest in the sky, the most patriotic kite and the best homemade kite.

The event has been taking place for over a decade now with this year being somewhat special. Jim Kerr explained that this is the 161st anniversary for the church which was founded back on June 11th, 1861.

It may have been June 12th, but it was close enough to being held on the anniversary date for their church.

In addition to the kite flying other activities were available for children to do including crafts, shirt painting, chalk painting, croquet and bull kite races.