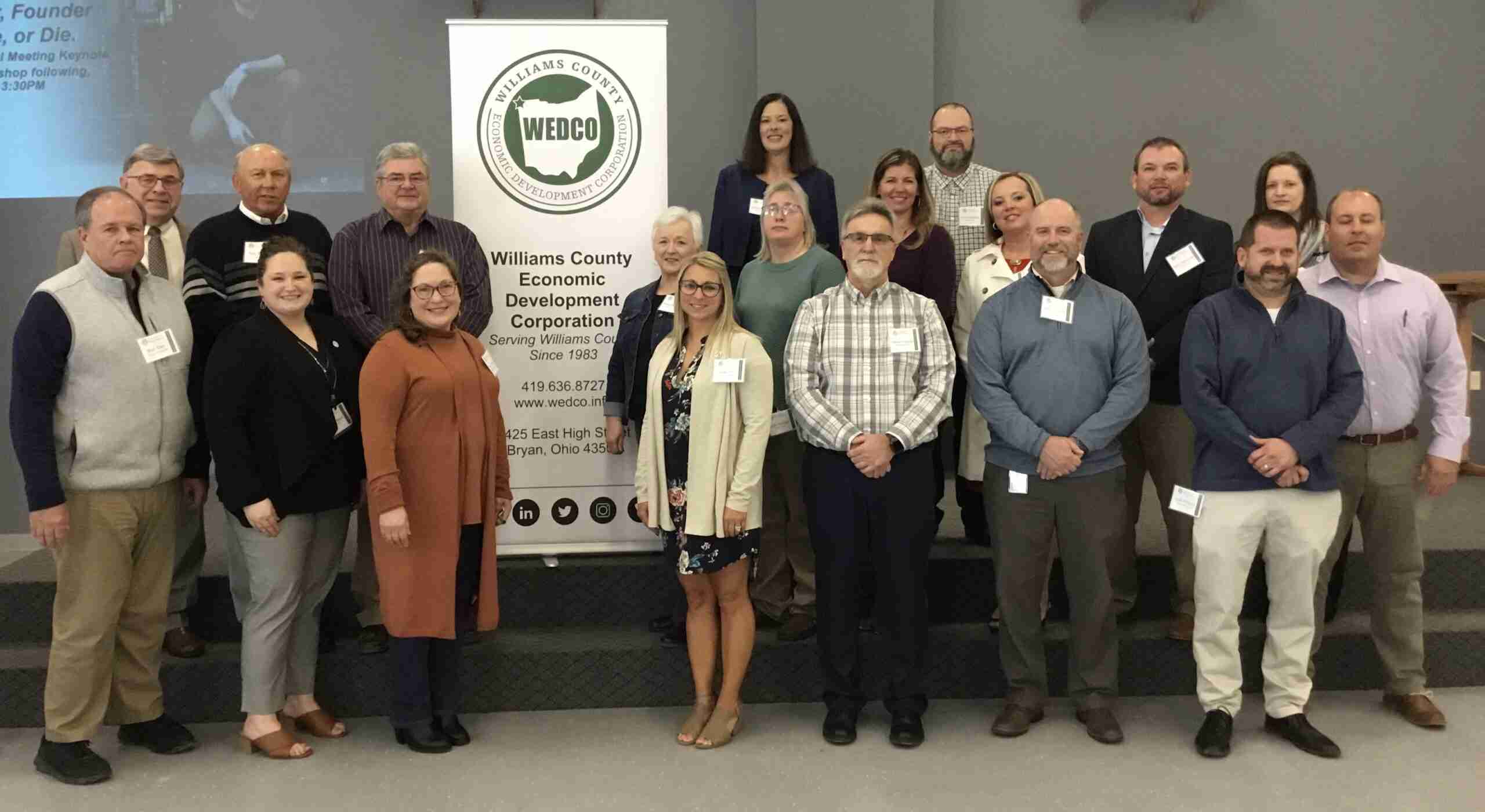 The Williams County Economic Development Corporation held their first Annual meeting in person since COVID hit in 2020, on March 29, 2022.

The Veterans Memorial building, in Montpelier at the WC Fairgrounds, was filled with business men and women mingling with village and city and county officials.

The event was held from 11 a.m. to 1 p.m. with a catered lunch, a special guest speaker and the giving of awards, followed by an optional workshop.

Lunch, catered by Susie’s Catering, was a delicious spread of sandwiches, salads and cookies with a variety of cold drinks.

Bryan Mayor Carrie Schlade welcomed everyone and commended WEDCO Executive Director Megan Hausch and Economic Development Assistant Keira Grandey for all they have accomplished for the county in the past two years.

“They have gotten all the constantly changing information out to the businesses with grace and grit,” she stated.

Ms. Hausch thanked everyone for being there for this time of reflection on the organization’s accomplishments. She said that she is “inspired by the area business leaders” and all that they have done when covid forced the reinvention of past programs.

Montpelier Village Council President Chris Kannel gave the invocation before lunch began, and after all were seated and enjoying their meal, Carissa Fritch, Village of Edon representative from CMF Enterprise, introduced the Keynote Speaker.

Jeff Siegler, founder of “Revitalize or Die” based in Lima, Ohio, said he was thrilled to finally be there as he was invited over two years ago.

He shared that he was born in Lima and feels that his relationship with his hometown is very different from the relationship that his grandparents had with it.

“I believe that we all have a relationship with our community, but we may not be aware of it, which is not a good sign. We should know what we give and we get in return from our civic partnership.”

“Ideally, the places we call home should give us a sense of pride, belonging, togetherness and a sense of inclusion and self-esteem.”

“Our towns should make us feel proud and we should in return want to make our communities proud,” was the way he began his inspiring discourse on “Civic Relationships.”

He went on to share that over the years towns and cities have changed and stepped into an experiment of what might be better.

Unfortunately, it was not better and many towns have floundered and found that their citizens do not have the relationship of pride for which they had hoped.

“We are all in civic relationships” so we have to find out how we are responding to that and determine what can be done to help our towns be more alive and healthy.

He believes there is one single strategy that will help this happen for our villages and cities–the concept of PLACE.

He explained that “place is the silver bullet”, our environment that affects everything we do. It may seem like a new idea, but actually it is an old thought, that we can have “the city our grandparents had.”

He feels that the past seventy years have not been a model of what should be, but a failed experiment.

For 30 minutes he held everyone’s attention as he shared the importance of three points…1. Our places shape our lives, 2. We have allowed our places to decline, and 3. We must repair our places. 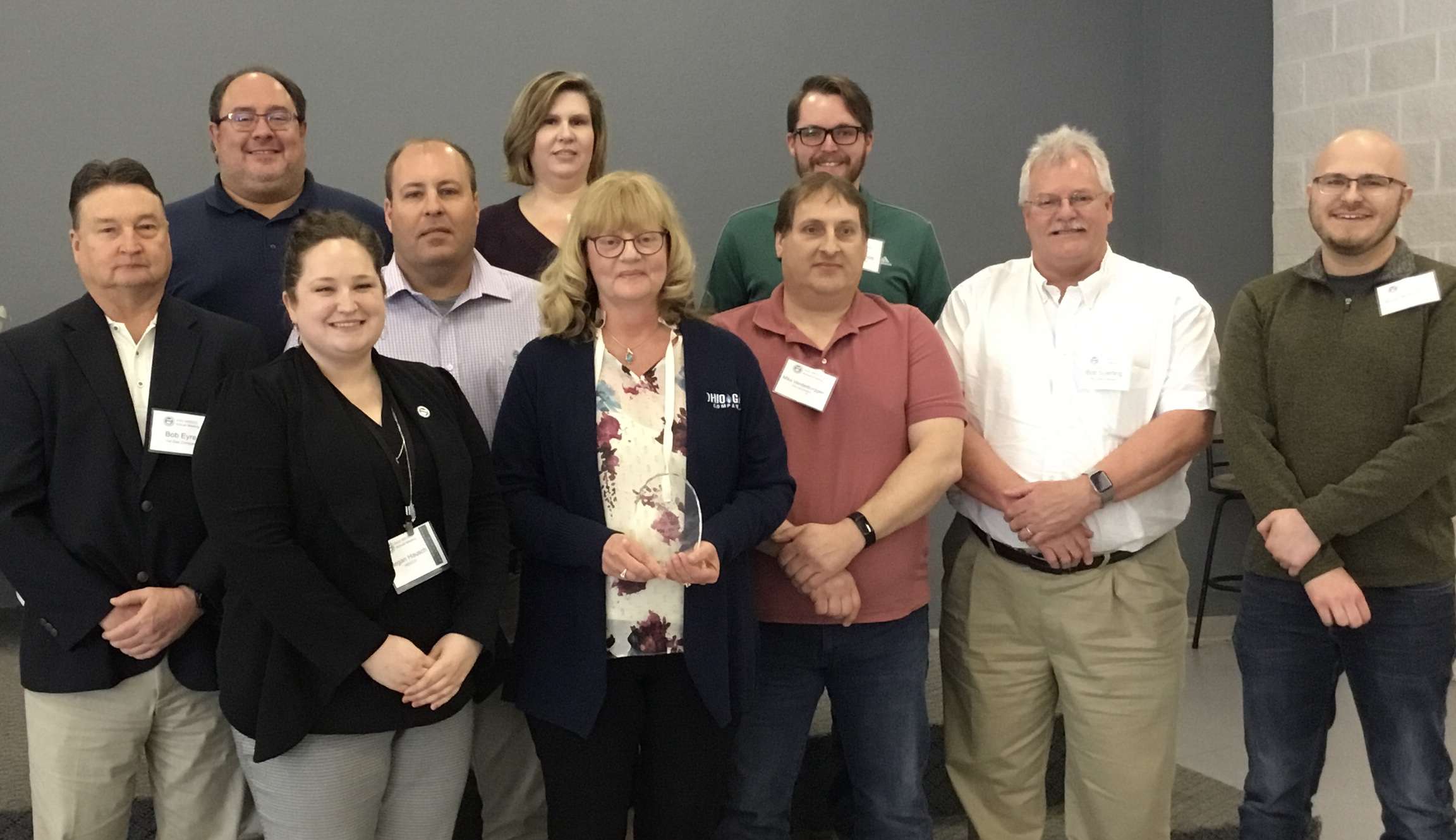 He encouraged this group of development minded people to bring beauty back into their surroundings, to focus on shopping locally and using locally made products, and to bring back the love of hometown to the residents.

“Place” has the ability to affect how we feel. Imagine living in a place that is beautiful and makes us want to be there and bring others there and to be a part of it.

He pointed out that the exterior of buildings is very important to the economic development of a village. Are we proud of the buildings in our village? As we have allowed them to decline, we have to step up and change that to make our villages more appealing and enjoyable.

He encouraged those who are in positions to bring this about in their village to take the responsibility seriously and help bring back a sense of beauty and dignity. “In the past, people defended truly great cities.”

Let’s make our villages worth caring about. “We love walkable, beautiful places.” Does the village represent what the residents want and value?

Not every investment is a good investment, and if the village wants people to invest financially, they need to give them something in which to be emotionally invested.

Siegler spoke of how redesigning our entire society around the invention of the car, has damaged our whole world. “We threw aside the past civilization and moved into these collapsed, ugly, communities.”

In order to bring back a sense of dignity and joy in our villages, those who grab ahold of this realization of the importance of place, must be intentional in working to make it happen.

“Steer where you want to go!” “Put the health of your own community ahead of the national economy.” “Investments need to benefit locals and improve life for the residents, keeping as much wealth in the community as possible.”

“Foster a sense of attachment, making people proud as they invest back into themselves.” “The ‘collective you’ is responsible for your town. It is up to you to set the course of what you want your town to be.”
“It’s time we make our towns worthy of the people who call them home.” His speech was well received.

The Community of the Year award went to Pioneer. These awards had been given at a virtual meeting but Hausch felt they should be mentioned again at the in-person event.

She took a moment to give recognition to Pioneer Village Administrator Al Fiser, for being awarded the Seven Hats Award at the 2021 AMP Conference. Mayor Schlade, Board Chairman, joined her onstage to give out the rest of the awards.

They gave recognition to three retiring members, Dan Clum, Tim Suter, and Gary Baker (who could not be there), thanking them for their years of service. They also recognized Jeanette Hull (unable to attend) and Al LaCombe as they are going off the board.

She thanked them all for their investments in Williams County and for their involvement in their communities.

Before adjourning for those to leave who were not staying for the workshop with Mr. Siegler, recognition was given to the Village of Montpelier for winning first place in the national water tasting event, for the fifth time. 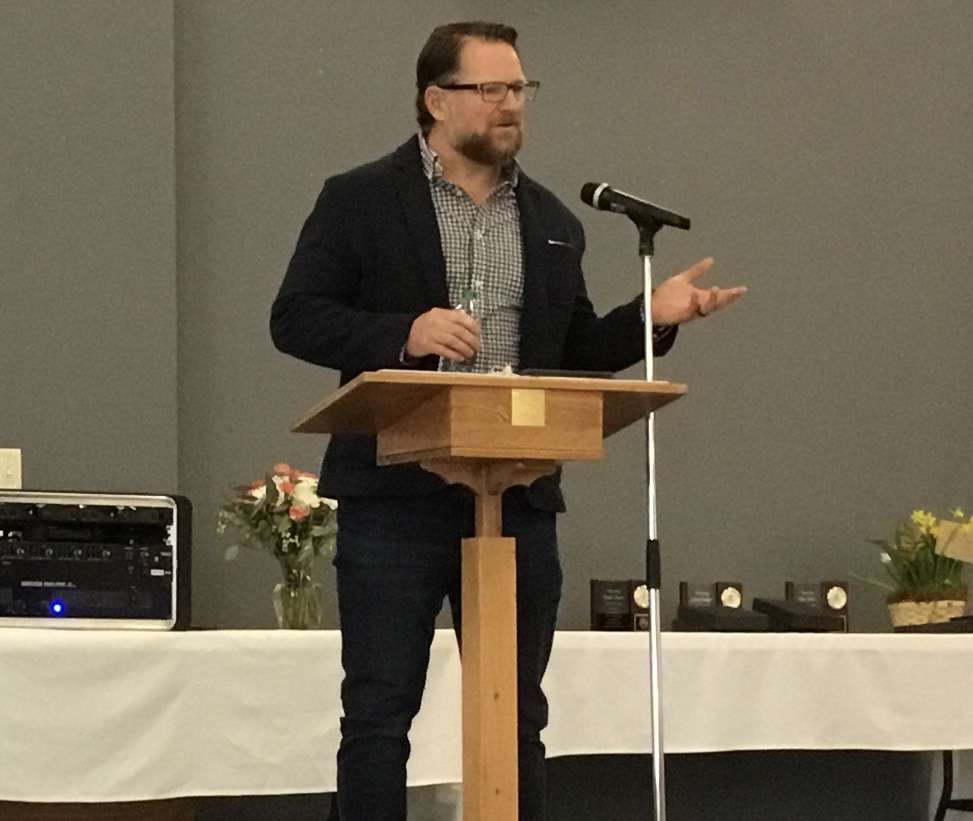 KEYNOTE SPEAKER … Jeff Siegler, founder of “Revitalize or Die” was the speaker for the WEDCO 2022 Annual Meeting held at the Veterans Building on March 29, 2022. His speech on Civic Relationships was inspiring. 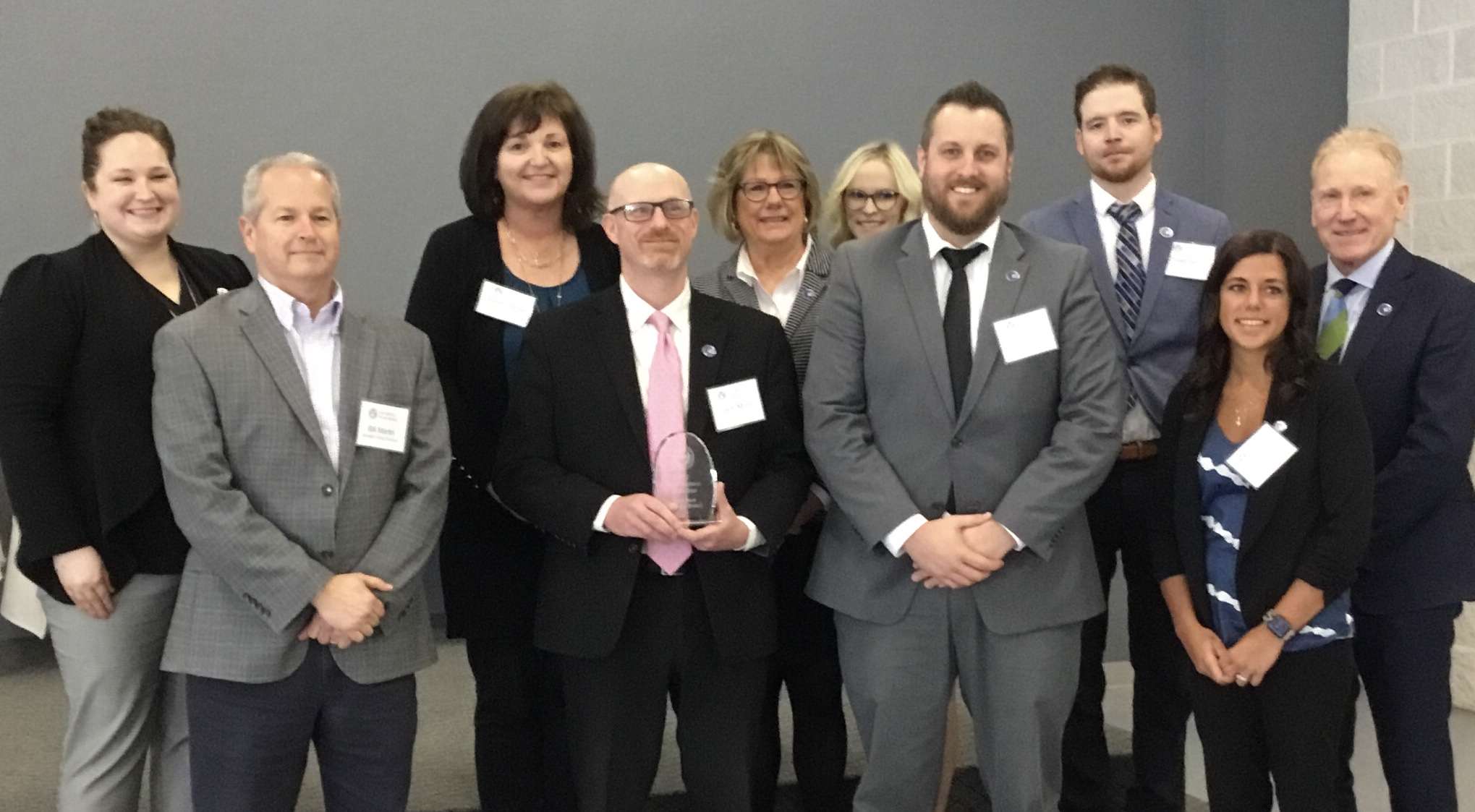 2021 NEW BUSINESS OF THE YEAR … State Bank/Edgerton branch got actively involved in the community as soon as they arrived and made quite an impression. There to receive the award, at the WEDCO Annual meeting, were front, l to r, Brian Martin, Tyson Moss, Adrian Fritch and Shelby Gillen; Back, l to r, Megan Hausch, Karen Varner, Pam Benedict, Kasey Schwartz, Chase Garver and Mark Klein.