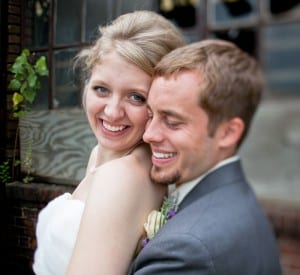 The couple honeymooned in Toronto, Canada for one week before returning to their home in Bedford, Ohio.