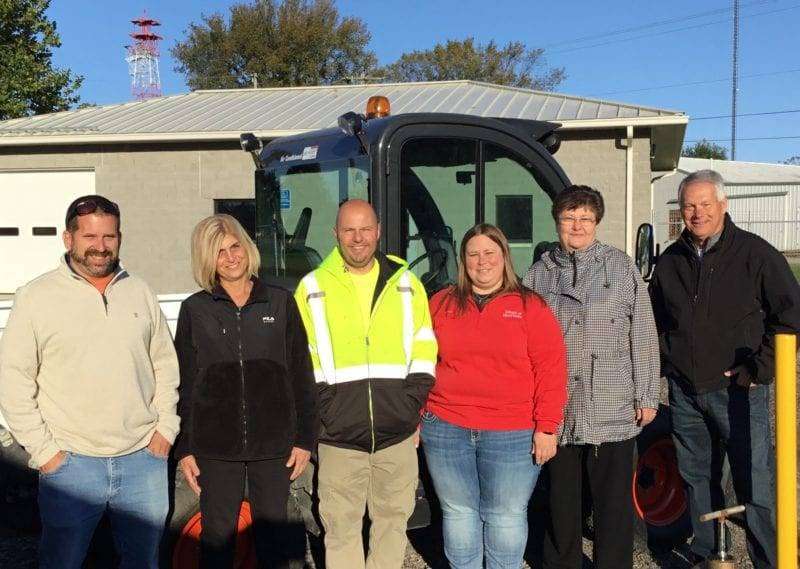 October 12, 2019 had perfect crisp Fall weather, with no rain, and plenty of sunshine, for those lucky enough to be on the side of the street where it fell, for the West Unity Fall Fest participants. Starting at 6 a.m. at the Firehall, the Fireman’s Breakfast got really busy at 7:30 and stayed that way for the rest of the morning, even causing them to run to the store for more supplies. Donations were given and folks got to fill up on scrambled eggs, sausage, pancakes, biscuits and gravy and coffee cake.

Over on S. Liberty St., tours were being given at the practically brand new Wastewater Treatment Plant. Information in their flyer says, “The original wastewater treatment facility was constructed in 1969 with a major upgrade completed in 1998.” But this new upgrade brings improvements that make Randy Mahlman’s job incredibly better. Mahlman is the Water and Wastewater Supervisor for West Unity, and with the upgrades, he no longer has to rake the trash, that should never have been flushed, off of screens to dispose of it.

Now a special Headworks building with a specific machine just for that job has been built and the trash is sorted and sent to an enclosed disposable plastic bag. Other upgrades include the “addition of variable speed drives to the three existing raw sewage pumps, replacement and upgrade of the two existing oxidation ditch aeration rotors with new rotors including variable speed drives, final clarifier equipment repair, upgrade of the Ultraviolet disinfection system with a new self cleaning system, new administration building including lab facilities, office, restroom and a garage bay as well as new supervisory control and data acquisition system to monitor various plant parameters.”

Village Administrator Josh Fritsch explained that due to the fact that the village received a grant for 100% forgiveness of a loan principal from the Ohio EPA Water Pollution Control Loan Fund, the total project cost, which was $2.68 million, was completely covered. This allowed them to purchase some extra equipment, making the place’s care even easier, more efficient and cleaner.

At the Williams County Library West Unity Branch, kids were enjoying lots of fun activities from Face Painting, to crafts, free cotton candy and fresh donuts, and games including Ghost Bowling. Outside was a tiny petting zoo with a rabbit, a guinea pig and a dog, brought by some of the FFA students and their teacher Katie Frey.

For those who are craft minded, an indoor craft show was held at the American Legion with everything from local honey to necklaces, as well as home baked goodies. The Chili Cookoff was held all up and down Jackson St., with at least ten competitors vying to be called The Best. 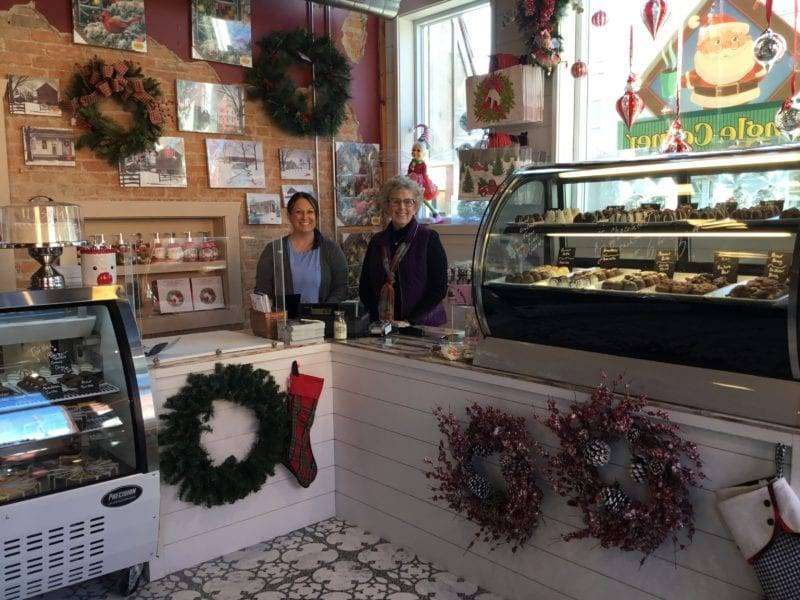 YUM!!! COMBINED WITH HELPING OTHERS … Just down the street on the corner of East Jackson St. (20A) and Main St. (St. Rt. 191) in what was originally a bank, is Kringle Corner, a delightful Christmas bakery and treats store, with smiling clerks Kelli Fiser and Linda Reeves welcoming everyone and serving up delicious cheesecake slices, chocolates, truffles and other goodies. The atmosphere is warming on a cold day, with moving flame candles, a coffee bar and even a large wooden table with four chairs for a few people to relax while enjoying their purchases. The Coffee Bar offers three flavors along with creamers, by donation only, with “every dollar going to Williams County Bed Brigade, a ministry led by the men of the Lutheran Church in Bryan,” store owner Jason King explained. “They locate people in Williams County who need beds and provide a homebuilt wooden bed, mattress, sheets, a blanket, pillow and if the receiver is a little child, they add a teddy bear to the gift. My wife, Carrie, and I are happy to be able to help them in this ministry by providing the supplies for this coffee bar and passing the donations on to them.” (PHOTOS BY REBECCA MILLER, STAFF)

Lots of folks wandered up and down the chili street tasting and voting on the chili, giving each batch a rating between 1 and 10 with 10 being the best. Live music could be heard as musicians argued with the cold weather, insisting that they could sing anyway, and doing a great job of it. The first of the day were husband and wife duo, Glen and Alicia Wright, with some excellent guitar, tambourine and voices.

It was an interesting day for fashion as one could see everything from Parkas to shirt sleeves, depending on where the person was stationed with their event. The kids for the Dunk Tank stood around wrapped in Blankets and on the south side where the sun did not shine, those serving their chili were bundled up as well. Opportunity to win a Cabbage Patch doll or American Girl Bitti Baby was given with a raffle sponsored by Presbyterian Women. Baked goods were available made by Tab Foor, next to a table of crafts being sold by A2Z Trucking.

At the new Kringle Corner located at 100 North Main Street, customers walking in to get out of the cold, would ooh and ahh as they realized they had stepped into a Treat Shop with delicious fresh and packaged candies, Whoopi pies, buckeyes and other delectable yummies.

The coffee bar also drew some exclamations when they were told it was available for a free will donation. What a great way to get warmed up and help others at the same time, as the donations go to Williams County Bed Brigade. All in all, there were smiles everywhere, pleasant greetings and a great Fall day.