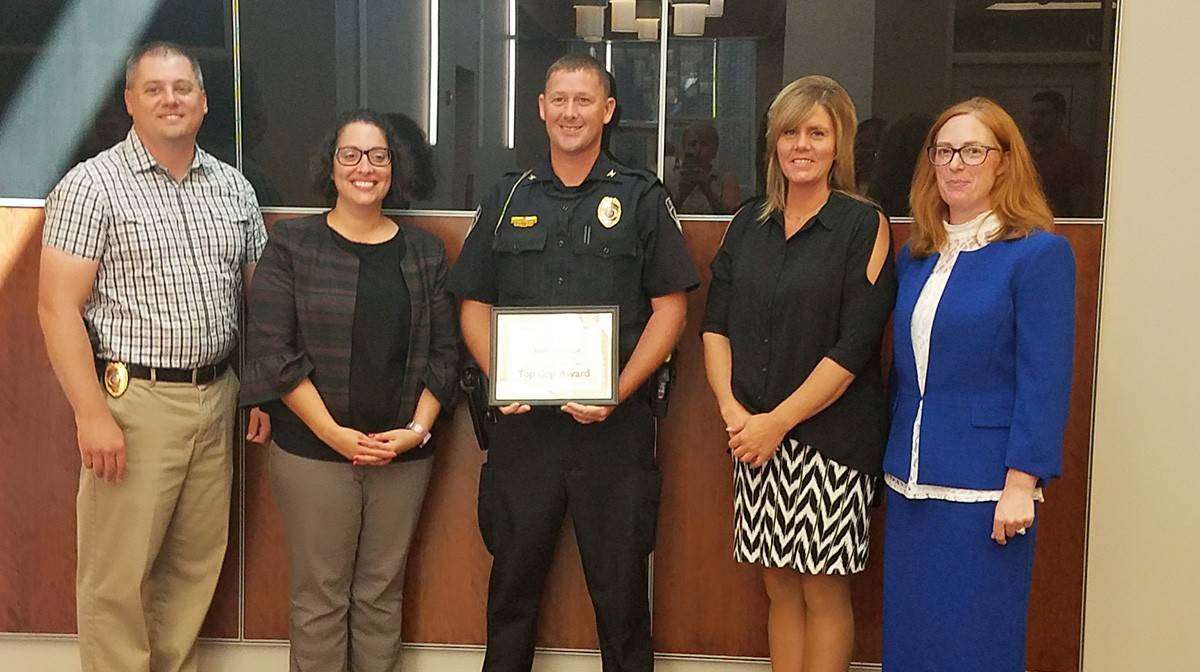 In 2004, Chief Jones was a K9 handler for the department. In 2008 he was appointed to Chief of Police, a position that he is currently serving. Chief Jones resides in West Unity where he grew up. Chief Jones is married to Heather “Scherer” Jones and has two daughters Halle, age 9, and Tessa, age 6.

Chief Jones was an integral part of the Justinian Williams case -the case of a rape of a 12 year old child. Chief Jones worked together with his department collecting blood DNA evidence which ultimately convicted Justinian Williams of two counts of first degree rape. Williams is currently serving life in prison. In that case, Chief Jones made direct connections with victim. He always makes a point to be sincere, to work with victims and their families and not against them.

West Unity Police were also committed to justice after a break in at the local pharmacy. Along with his officers, Chief Jones secured evidence and DNA from the scene. The results of their hard work at the scene equated with a conviction of the offender, Steven Smith.

Chief Jones sits on the Summit Breakfast Committee — a committee that connects resources in Williams County. One can go everywhere in West Unity and see Chief Jones’ impact — filling in where needed at Little League events, assisting at the West Unity Pageant, and supporting the high school plays — he is always at all town functions. Chief has even won a village chili cook off.

You would be hard pressed to find a citizen of West Unity who does not know Chief Jones or a citizen Chief does not know. Citizens want to work with J.R. It is truly the little things that make J.R. a great chief his communication with members of the community is crucial to doing a great job in small town.