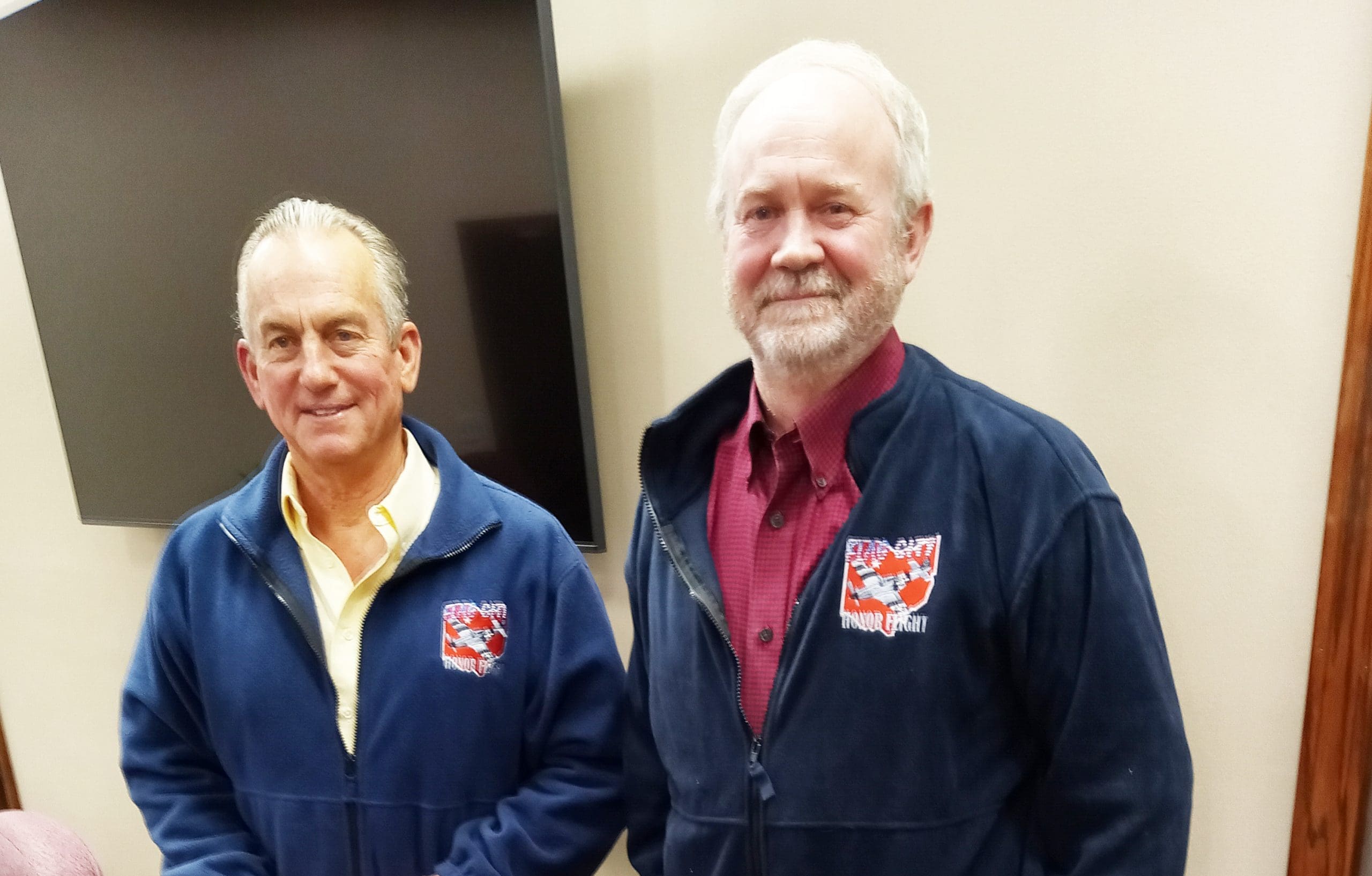 First, the mayors approved the meeting minutes from the previous meeting, held on November 16.

Next, the guest speakers for the evening were Bob Weinberg, from Flag City Honor Flight and Steve Schult, the newly elected president of Honor Flight.

Weinberg spoke first. He began with talking about what Honor Flight is, to take U.S. War Veterans from World War II, the Korean War and the Vietnam War, to Washington, D.C. Top priority are World War II Veterans.

There are five flight hubs in Ohio that are associated with the Honor Flight and Weinberg is a part of the Findlay hub. This hub flies from the Toledo Airport to Washington, D.C.

The flights returned in 2022, with an all Vietnam War veterans flight in November. Usually, flights out of Toledo go to Baltimore. The Vietnam veterans flight flew directly to DCA (Ronald Reagan National Airport).

The plan for this year is four flights.

The organization is a 501 C3 organization, so it relies on donations. The company has two corporate sponsors, in Ohio Logistics and Marathon.

During each honor flight, veterans are assigned to a guardian. The guardian will help them getting on and off the plane and in their route to each Washington, D.C. destination. By the way, guardians are asked to give $400 towards the flight.

They can take 68 wheelchairs on the flight, so they can have 22 wheelchairs aboard each bus that takes the vets to their destinations.

In addition, if a veteran needs to be lifted into their seats by what are called muscle guardians, there can be eight veterans who need to be lifted, on each flight.

Guardians are trained ahead of time, in how to help each veteran they are assigned to.

The only veterans who Flag City will not take are those who require oxygen. The organization cannot put oxygen on flights.

Weinberg talked about a typical honor flight day. His begins at 3 a.m. and he is at the airport hangar at 4 a.m.

The vets arrive at 5:30 a.m. and they are given a full breakfast. Guardians met their veterans for the first time then and begin to learn about their veteran.

The flight begins at 9 a.m. and upon arrival, buses drive the veterans to their first stop, the World War II Memorial, at 11 a.m.

The bus drivers, who all have EMS training, then take the vets to other sites, including the Vietnam and Korean memorials, along with Arlington National Cemetery and the Tomb of the Unknown Soldier and the last stop, at the Air Force Memorial.

After that, the vets get another meal, before they board their flight, which arrives back at the Toledo Airport, at 9 p.m.

When the vets arrive at the Toledo Airport, upon leaving the plane, they are given an emotional hero’s welcome home, by a band and 1,000 people.

The goal from there is to have the vets in their own beds by midnight.

Schult then decided five years ago to serve as a guardian. After that, Schult decided to become more involved with the honor flights.

Schult told a story about a Vietnam vet he was a guardian for. Schult said the vet began speaking on the way home from Washington D.C.

The vet told about when he returned from Vietnam to Seattle several years ago, upon leaving the flight, he was spit upon by bystanders and had bottles thrown at him.

But this time, when leaving the plane, he was greeted by a band and a cheering group. And that brought tears to his eyes.

“He told me that this was the proper greeting that he should have gotten many years before,” Schult said.

At the conclusion of Schult’s talk, the mayors voted to adjourn the meeting. The next mayors meeting is scheduled for February 15, at 6:30 p.m.