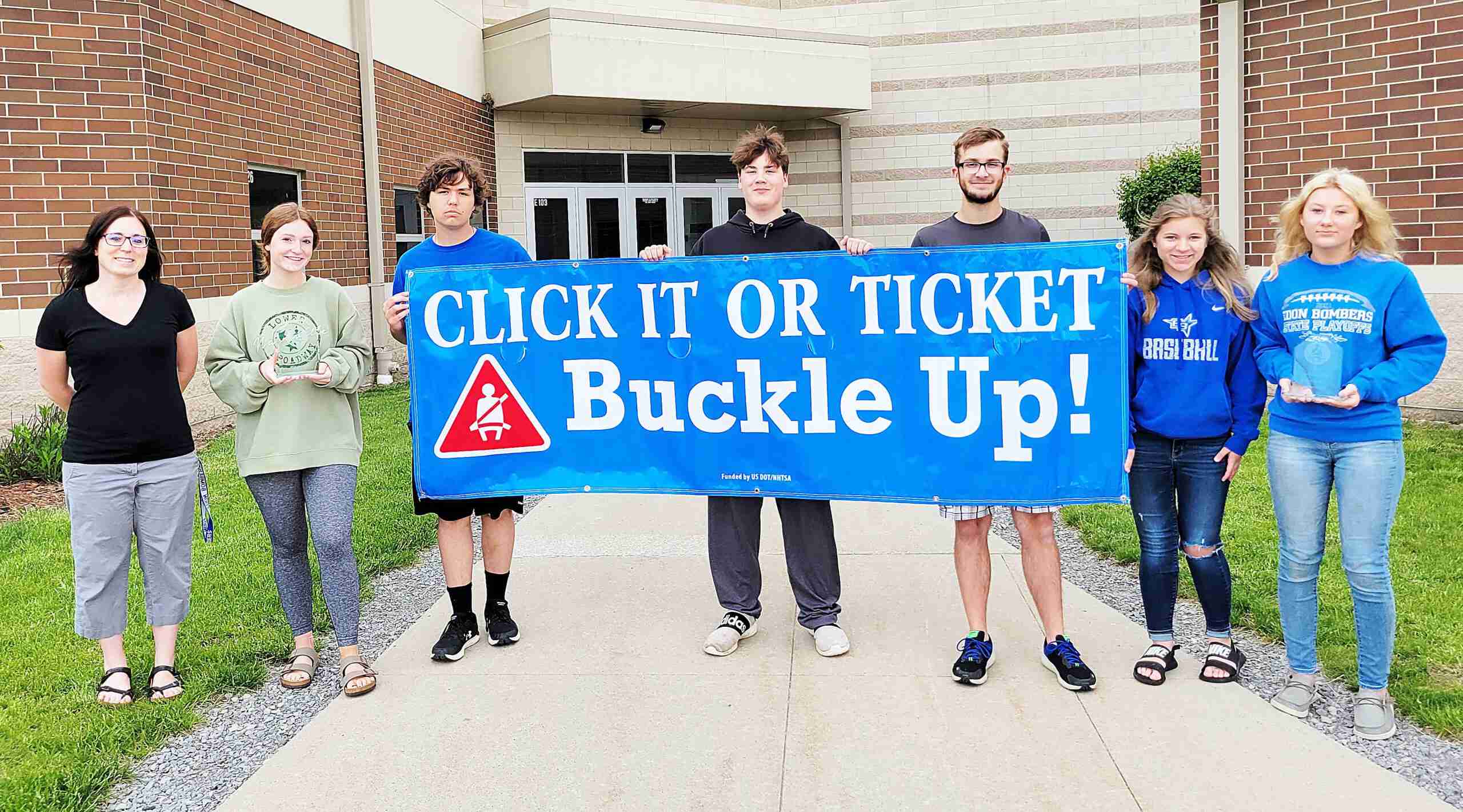 Buckle Up because seat belts save lives. That statement has some weight: Between 2015 and 2019, seat belts saved more than 69,000 lives according to the National Highway Traffic Safety Administration.

That means 69,000 seat belts prevented families from grieving the loss of their loved ones for decades to come. Unfortunately, nationally we still have nearly 10% of drivers and passengers who do not wear seat belts.

Even more horrifying are the children and infants who may be included in this number. They are the youngest victims, and they are almost always reliant upon adults to correctly buckle them into their car seats or boosters. Buckling your seat belt should be automatic. It should be the first thing done when you get in the car.

From May 23 to June 5, 2022, local law enforcement agencies join the National Highway Traffic Safety Administration (NHTSA) for the 2022 Click It or Ticket enforcement mobilization.

Ohio State Highway Patrol will be out in full force, issuing citations to anyone caught traveling without a buckled seat belt or transporting unrestrained children.

Law enforcement officers are working to spread the message that seat belts save lives.

Due to the Memorial Day holiday, May is a critical period for law enforcement agencies to target unbuckled drivers. This is not a campaign to write tickets or train law enforcement.

This is a campaign to help keep people safe and alive. The casualties of not wearing a seat belt can be a devastation on anyone.

According to NHTSA, in 2020, there were 10,893 unbuckled passenger vehicle occupants killed in crashes in the United States.

In that same year, 58% of passenger vehicle occupants killed at night (6 p.m.–5:59 a.m.) were not wearing their seat belts. That’s why one focus of the Click It or Ticket campaign is nighttime enforcement.

Whether you ride in the front seat or the back, and no matter which car seat or booster seat your child may use, everyone’s seat belt should be buckled every trip.

Locally, in 2020, two
unbelted community members died due to non-used seat belt related vehicle crashes. The action to buckle up is so quick and so basic — and it can save a life.

Williams County Safe Communities from the Williams County Health Department has been working with our local high school students to help make bucking up an automatic habit with the Buckle Up Bowl 2022 Seat Belt Use Competition.

The contest is held in our local high schools during the months of February to May 2022 with a pre-contest observational survey of seat belt use taking place at each participating school in February by members of the Williams County Safe Communities Coalition and followed by a post-contest observational survey of seat belt use during the month of May.

Each school has a student advisor that works with their student group to promote seat belt usage to their peers. At the end of the contest the school with the highest average seat belt use and most improved seat belt are presented with a trophy award.

Williams County Safe Communities would like to thank all seven high schools for their participation in the Buckle Up Bowl 2022 competition.