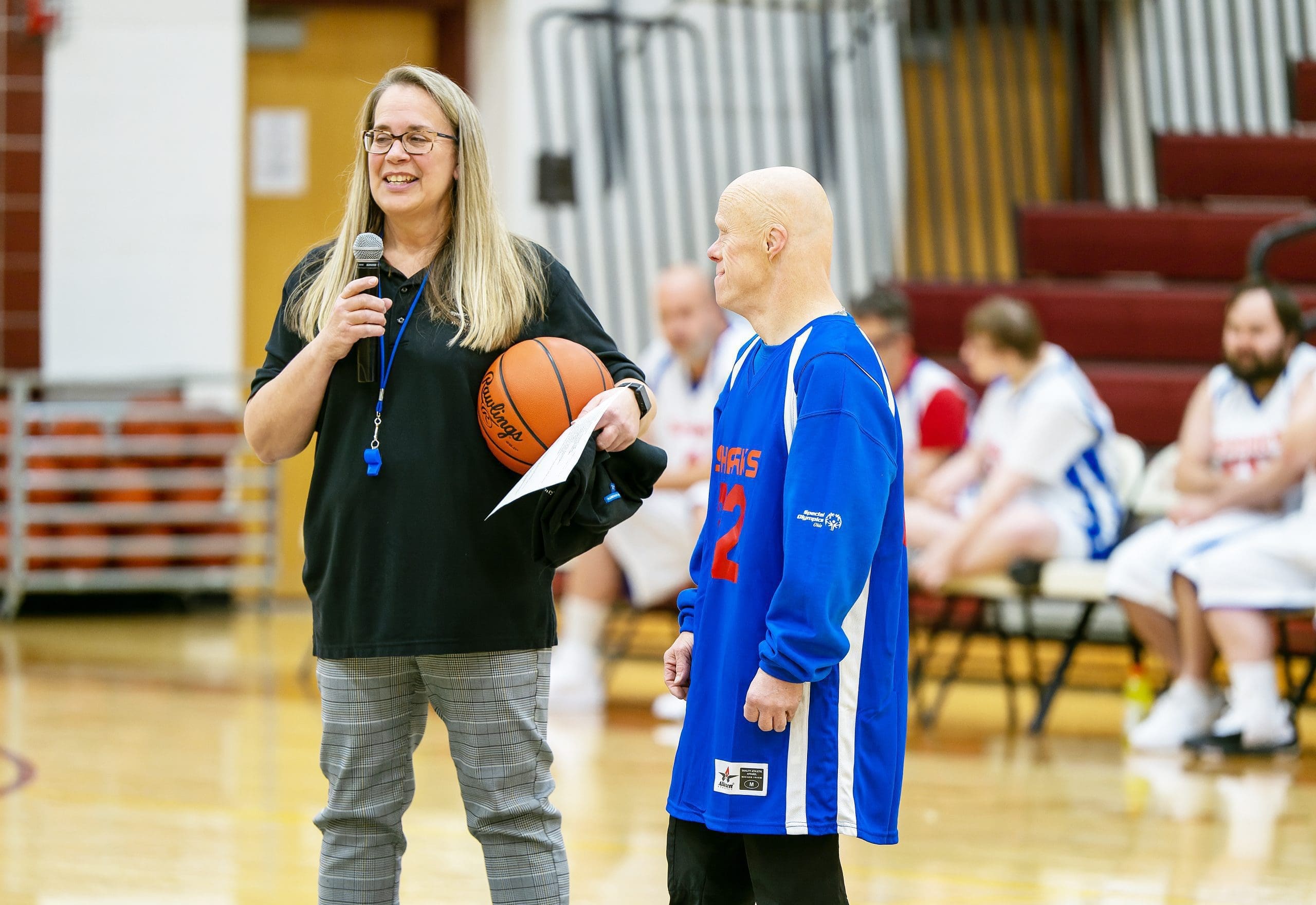 KIMPEL… Steve Kimpel stands in his jersey for the last time before receiving his new manager shirt. (PHOTO BY JACOB KESSLER, STAFF)

The Williams County Special Olympics held their meet the team event at the Edgerton High School on Saturday, December 10th.

Special Olympics Local Coordinator Angela Luke explained to everyone in attendance that community support is vital for this program.

Through this support, the volunteers and donations, the Special Olympics is able to provide the service it does to the community.

Everyone was then introduced to the school aged teams and coaches. These two teams then came out to play a ten-minute scrimmage match between each other.

This was made possible due to the fact that the Williams County Special Olympics was able to double their school aged team and adult team from one to two this year.

Following the scrimmage, Steve Kimpel was introduced. Mr. Kimpel’s jersey is that one that was retired that night following his 45 years of playing basketball.

He began playing at the age of eight for Sunny Side School and was famous for his three-point shots.

He has always enjoyed riding his bike around town and eating at Subway.

He decided on his own this year that he no longer wished to play but wanted to benefit the team by being a manager.

As part of his jersey retirement, Steve was given a basketball to make a last basket in the jersey.

After a few tries, he was able to make a basket and have his jersey retired. He was then presented a coach’s shirt with a title of manager on it.

The adult teams were then introduced before also playing a scrimmage for ten minutes.

Closing remarks were then given and all the athletes gathered on the stands for a team photo.