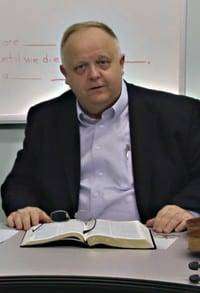 Some years ago I was meeting with a young person who was struggling with an addiction and while we were meeting he received a text notification on his hand held cell. When I asked him about it he responded by saying, “I get invited to a party just about every night.” I sighed, for I understood his plight, the path he was on was filled with temptation and danger.

I imagine you’re familiar with the phrase “ship of fools.” It was a common medieval motif used in literature and art, especially religious satire. One such satire is Hieronymus Bosch’s famous oil painting by the same name, which now hangs in Paris.

This marvelous work, which is filled with symbolism, shows ten people aboard a small vessel and two overboard swimming around it. It is a ship without a pilot (captain), and everyone onboard is too busy drinking, feasting, flirting, and singing to know where on earth the waves are pushing them.

They are fools because they are enjoying all the sensual pleasures of this world without knowing where it all leads. Atop the mast hangs a bunch of dangling carrots and a man is climbing up to reach them. Yet above the carrots we find a small but significant detail: a human skull. This is the thirteenth head in the painting, unlucky in every imaginable way. The idea is that these twelve fools, who think all is perfect, are sailing right to their demise. The only pilot on board, the only figure leading the way, is death.

We find ourselves living in a culture of pleasure seeking pain avoiding men, women and young people. We’re looking for the newest high, or the next party too often giving little if any thought to our mortality and especially our eternal destination.

Solomon had it right when he said… Proverbs 16:25 (NIV) 25 There is a way that seems right to a man, but in the end it leads to death.

Be the first to comment on "Winning The Battle For A Generation – “Have You Heard of the Phrase, Ship of Fools?”"