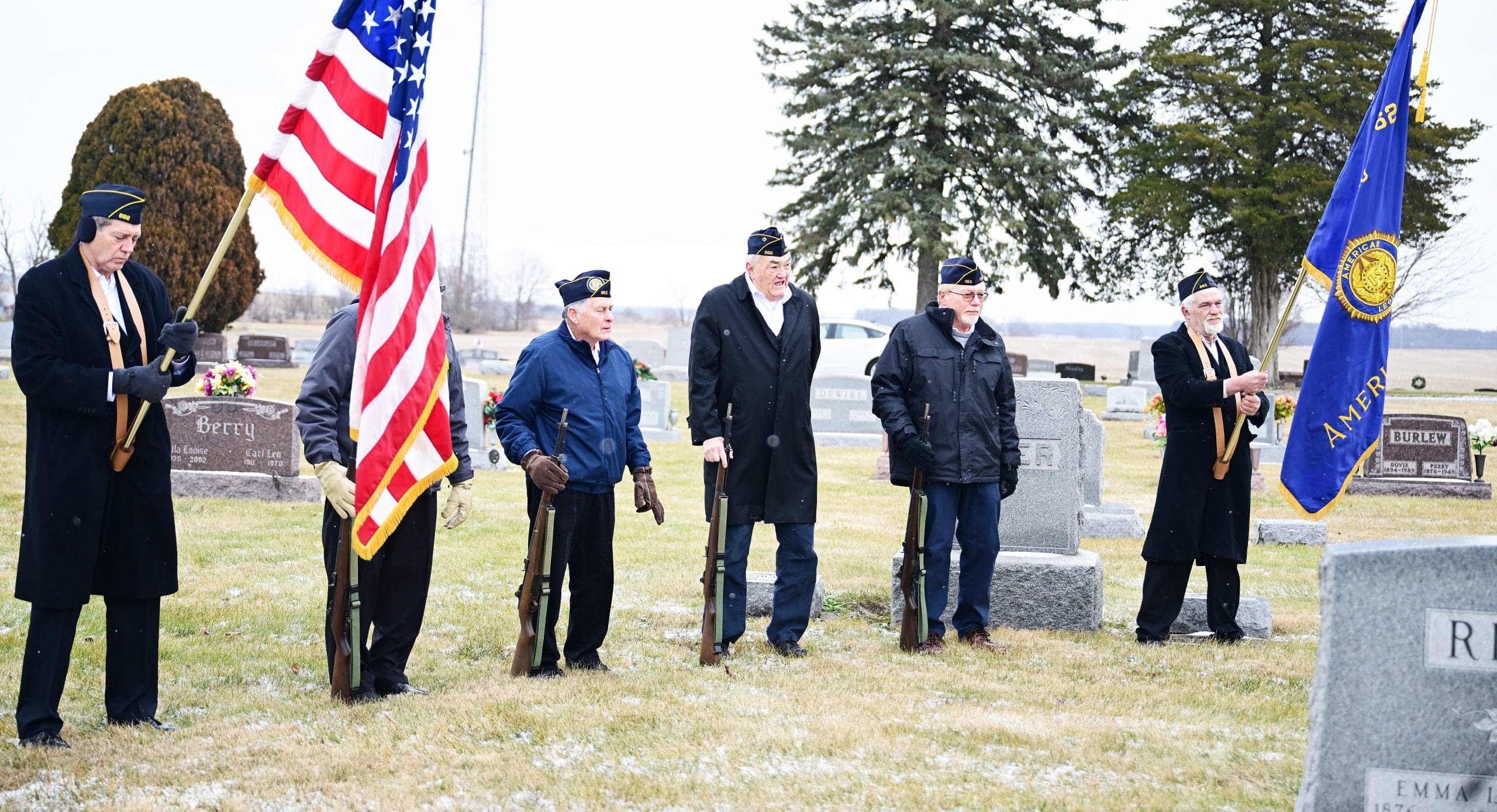 Morrill Worcester, is the name of the man who created a widely known tribute to remember, honor and teach about the men and women who paid the ultimate sacrifice for the United States of America.

From Worcester’s efforts the tribute became a national day, Wreaths Across America Day, in 2013.

The day now takes place every year on December 17. As a twelve-year-old working as a paper boy who won a trip to Washington D.C., Worcesters life was changed.

Worcester learned the freedoms and successes he experienced through life were due to the men and women who made and continue to make sacrifices for their country.

Created as a tribute to honor Veterans during Christmas time, the Wreaths Across America ceremony is a very proud and emotional experience for families who are celebrating the holiday without their loved one.

Although the day would not take place without the sacrifices of the brave, no wreaths would be laid without the donations of generous people and volunteers.

Eicher Subs in Montpelier held an event where they donated a portion of money per each sub sold, to Wreaths Across America.

Edon American Legion donates a sum of five hundred dollars towards the event each year.

Four years ago, Penny Burlew, brought the ceremony to Blakeslee and Edon. For Penny Burlew, Wreaths Across America Day is a reminder of her son, who was a Sergeant in the United States Army, passed away three years ago.

Since then, Burlew has made an impact on the community by organizing each year’s ceremony.

Burlew even played a big role in getting a flagpole put up at Blakeslee St. Josephs Cemetery, as it is tradition to meet at the flagpole for the ceremony.

The 2022 Village of Blakeslee Wreaths Across America took place at 11:00 a.m. at St. Joseph Cemetery.

Edon High School 2022-2023 National Honor Society volunteered and were a part of the wreath Laying ceremony.

Students were given one or two wreaths to present and hang up on the stand.

All eight military branches were represented on their own wreath that was labeled with two flags, the American Flag and the flag that represents their branch.

This year there were 80 wreaths purchased or donated.

The six Edon National Honor Society students presented the wreaths with the red bow at high noon onto wired stands which held them, took a step back and recited words written on the tag of the wreath.

Donated wreaths with a red bow were then placed around the cemetery next to tombstones of Veterans.

Following the Blakeslee St. Joseph’s Cemetery’s ceremony, all in attendance headed out to the Edon Union Cemetery.

Six members of the Edon Post 662 Color Guard posted the colors to begin the ceremony.

After the Color Guard was finished, Kochert proceeded to announce, “Right now across this country more than eleven hundred memorial sites just like this one we’re gathered as one nation to remember, honor and teach.”

“We’re all proud to be Americans that live in a free society made up of people from many walks of life. The freedoms we enjoy today have not come without a price.”

Kochert added, “lying here before us and in cemeteries throughout this nation are men and women who gave their lives so we can live in freedom without fear.”

Kochert went on to state, “Our 40th President Ronald Reagen once said, freedom is never more than one generation away from extinction.”

“We didn’t pass it to our children in the bloodstream. It must be fought for, protected and handed on for them to do the same.”

Edon National Honor Society, Penny Burlew and a local boy scout one by one hung the wreaths of each military branch on metal stands.

The eighth wreath was hung in remembrance and honor of the 93,129 United States Service men whose last known status was Prisoner of War or Missing in Action.

Kochert shared, “These individuals have never returned to their family homes, we will never forget you.”

Kochert finished his ceremony speech by adding, “As a nation standing together, we can defeat terrorism, hatred and injustice. Thanks to our Veterans, we have the freedom to do that.”

Those who had purchased wreaths for loved ones were able to lay them down, and for those who couldn’t attend but bought a wreath, volunteers and students laid them on the grave site for them.

Other wreaths donated were placed variously throughout the cemetery on Veterans tombstones.