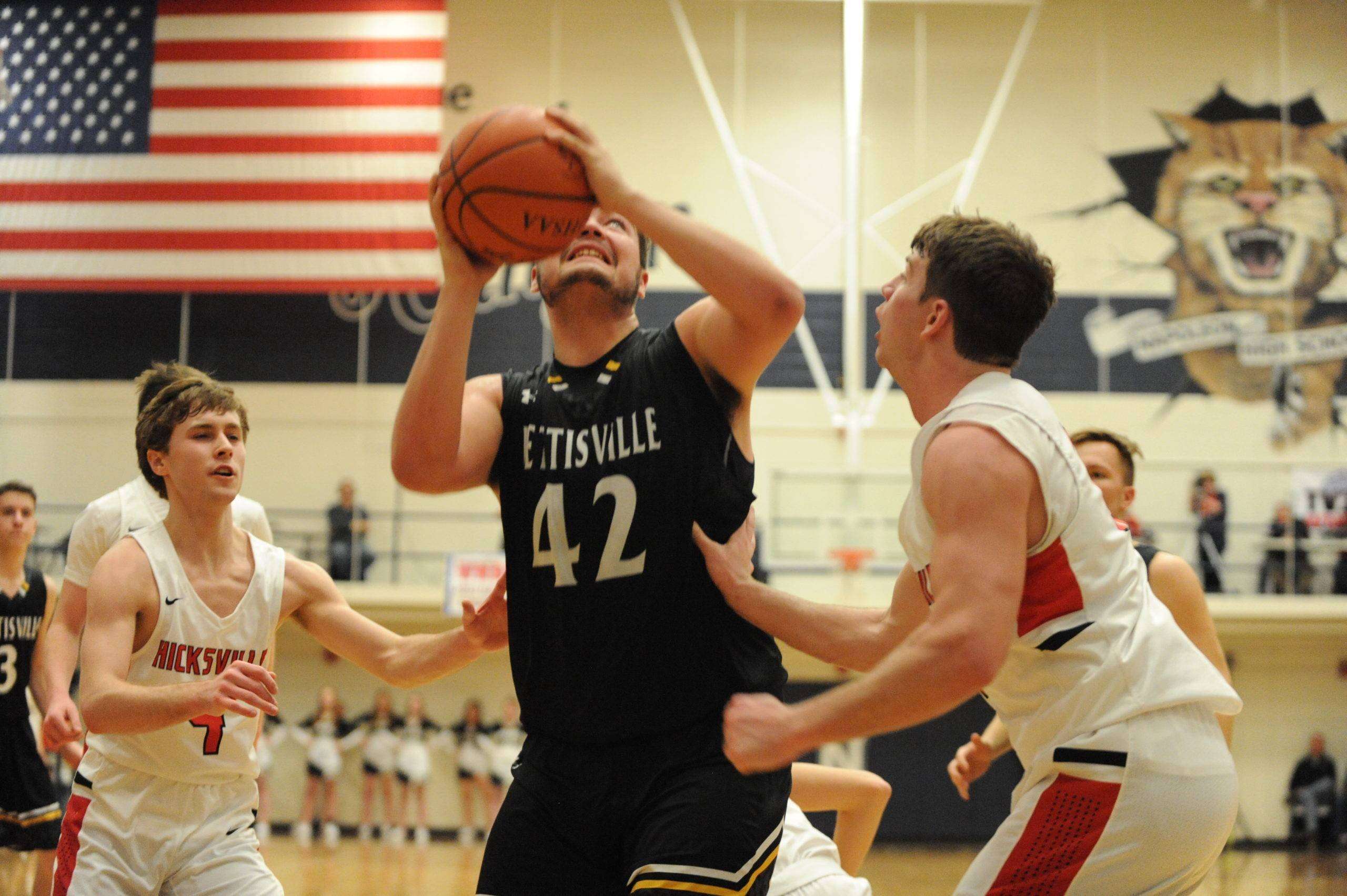 The coaches in the league expect the BBC race to be wide open as last year’s co-champions Stryker and Pettisville were hit hard by graduation. While those teams have new faces in new roles, North Central returns a strong contingent along with Edon and figure to be among the contenders for the league title.

We’ll get an early indication of who to watch for in the BBC as Edon faces North Central on November 29th in the season opener for both teams.

Here are the previews for each team in order of their finish in the BBC last year.

There will be plenty of new faces for coach Tyler Woolace and his Stryker Panthers this season with the loss of eight lettermen from last year’s BBC co-champions. A lack of size will also be an obstacle for this year’s team with Stryker’s tallest player being 6’3”.

“We are very inexperienced. We need to be able to guard man to man and take care of the ball. I feel with the speed of our guards we can accomplish that this year”, stated Woolace.

Woolace went on to say that they will be the underdog this year and that his goal is to have them playing their best basketball at the end of the season. “It will be a fun year because of the attitude of the kids. No matter the score we will put a good product on the floor that tries to do the right things”.

As far as the BBC race, Woolace expects Fayette and Pettisville to be up front but also expects Edon and North Central to have very good teams and contend for the league title.

ABOUT THEIR SCHEDULE: Stryker will open the season with a BBC contest at Hilltop on November 29th.

Pettisville graduated seven seniors, which included four starters and 60% of their offense, from their District Runner-Up team last year. The Blackbirds return just two letterwinners so they will be depended on to provide leadership to the varsity newcomers.

“Our new group of players have been very coachable. The challenge to begin the season will be the new players learning and accepting their new roles at the varsity level”, said Head Coach Brian Leppelmeier when previewing this year’s team.

ABOUT THEIR SCHEDULE: The season starts on November 29th for the Blackbirds as they host Montpelier in a BBC contest.

Todd Mitchell, the dean of BBC coaches as he begins season number 19 leading his alma mater, will be looking for scoring this year due to the graduation of last year’s top two scorers. “Last year we relied on Trey and Clayton for most of our scoring, but this year we should have a balanced attack with many players capable of scoring for us”, elaborated Mitchell.

Fayette will have a strong core returning with six players who played meaningful minutes last year and with seven seniors on the roster depth should be a strength for the Eagles this year.

The Eagles will be a bit undersized with no players taller than 6’2” so Mitchell says defense and rebounding will require a great team effort.

“This is a great group of young men who work hard and have great attitudes. If we follow the process and prepare for each game like it’s the most important then I think this could be a very successful season”, commented Mitchell when speaking about the overall outlook for this year.

ABOUT THEIR SCHEDULE: Fayette will start the season on November 29th at Antwerp and will begin BBC play on December 5th at Edon.

Five seniors are back for North Central as they try to build off experience from last year. The Eagles will look to senior point guard Jack Bailey and sophomore Zack Hayes to lead them offensively.

ABOUT THEIR SCHEDULE: The season starts on November 29th as the Eagles will host the Edon Bombers.

Edon returns their leading scorer and rebounder along with a lot of varsity experience for first-year boys coach Andy Kiess. Kiess, who spent eight seasons as the girls’ coach, says they have solid depth which will make for competitive practice which he hopes will help the team improve as the season goes on.

“Right now we’re still learning where all the pieces fit. We intend to be very competitive in every game. We anticipate showing improvements as the year moves along with a focus on ramping things up quickly”, said Kiess.

ABOUT THEIR SCHEDULE: The Bombers will face a challenge right off the bat as they begin the season at North Central on November 29th.

There will be strength in number for the Locos and Head Coach Justin Houk as they will have 12 players on varsity roster this season and Houk expects them all to contribute at some point this year.

“Our glaring weakness for the season will be a lack of varsity experience. We will bring a core of four letterwinners back as we adjust to the pace at the varsity level”, said Houk. “We have continued to show improvement all summer and fall and I’m excited about the commitment in the off-season from the boys”, added Houk.

The Montpelier mentor gives the nod to Edon and North Central as the favorites in the BBC but wouldn’t be surprised to see some upsets during the season.

ABOUT THEIR SCHEDULE: The Locos head to Pettisville on November 29th to open the season with a BBC battlle against the Blackbirds.

The Cadets under the guidance of second year coach Bill Williams looks to improve with the help of nine returning letterwinners. Hilltop will have to replace their leading scorer from last year in Easton Heer, but with a strong nucleus of players Williams is hoping to have a good season.

ABOUT THEIR SCHEDULE: Hilltop will host defending league co-champion Stryker on November 29th in their season opener.