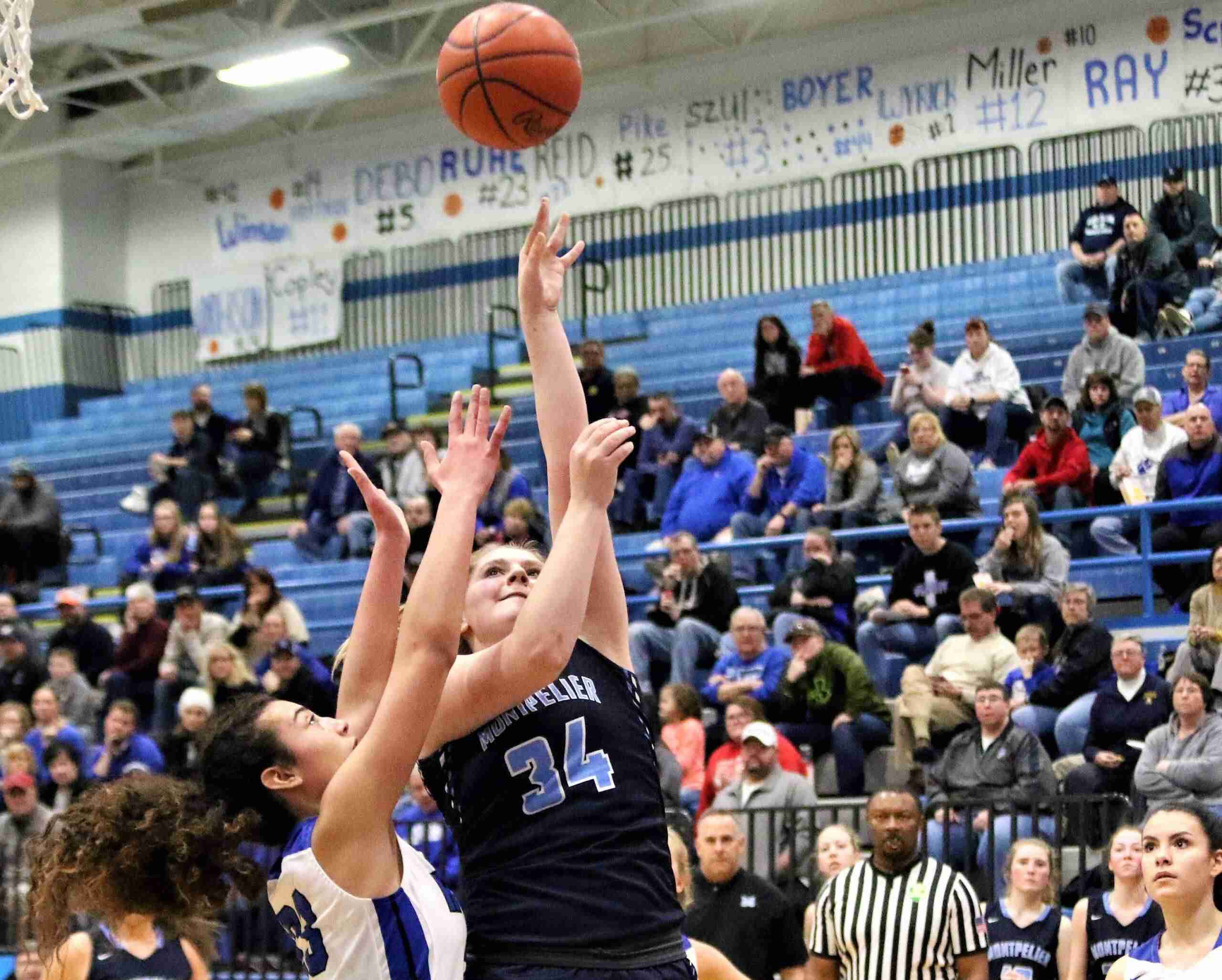 Last season the BBC ended with Edon, Montpelier, and Stryker all sharing the league championship with an 8-4 record. Of those three teams Montpelier returns the most experience and is considered by most as the favorite entering the 2020-2021 campaign.

There will be one new coach in the league as Conner Varner takes over at Stryker after the retirement of longtime coach Steve Brown following last season.

Here are the previews for each team in order of their finish in the Buckeye Border Conference last season.

SEASON OUTLOOK: Stryker alum Conner Varner takes over the Lady Panthers program, replacing longtime coach Steve Brown who retired after 22 seasons leading the program. Varner has spent five seasons as a Varsity Assistant at Stryker and one year as the JV coach.

“Coach Brown laid out a great foundation for the Stryker Lady Panthers basketball program. All three members of our coaching went through his program and we’re excited and optimistic about what’s to come”, said Varner when talking about taking over for Brown.

Stryker will need to replace five seniors, but Varner likes what she sees from this group. “They are hardworking girls who put in their best effort all the time.” “We’re expecting great leadership from our two seniors, Ariane Dangler and Kinsey Myers.”

ABOUT THEIR SCHEDULE: Stryker will start the season with a BBC contest at Pettisville on November 20th.

SEASON OUTLOOK: With their top six players returning from last year’s BBC championship team the Lady Locos are one of the preseason favorites in the BBC. That is a fact that Head Coach Mike Bumb is well aware of. “We have high expectations for this season. There is no hiding from the fact that we will be one of the preseason favorites in our conference. Last year we may have sneaked up on some teams. That will not be the case this year. We need to understand that we will get everyone’s best shot this year. We will need to prepare to meet the challenges harder than we ever have before”, commented Bumb.

“I am concerned, like every coach, that we did not have a summer to improve our team skills”, continued Bumb. “Everyone is in the same boat. I hope our experience will be of even more value due to the limitations that COVID-19 has put on programs. However, I really like the nucleus that we have coming back this year. We are still a little undersized, but we should have a good combination of inside and outside players that compliments one another.”

ABOUT THEIR SCHEDULE: Montpelier starts the season November 24th on the road at Fayette.

“We return with a strong experienced core this year. Their leadership and experience will be looked to heavily this season. This group will guide and lead our younger girls as we continue to build our program”, said Walker.

Edon, who was one of three teams to tie for the BBC title last year, look for another competitive season in the BBC. “The BBC will be competitive again this year, there are a lot of solid teams that are returning with experience. These teams are going to bring it, night in and night out. It’s going to be a fun competitive environment for all teams this season”, elaborated Walker.

ABOUT THEIR SCHEDULE: The season gets underway for Edon on November 20th when they travel to Fayette.

A challenge for Fayette this year will be replacing two letterwinners from last season. “They were our two best defenders and energy people. Jillian was one of our primary ball handlers and Addisyn was a great all-around player”, detailed Colegrove.

As a result, ball handling versus pressure is a concern entering the season along with having just 14 girls in the high school program.

“We look to continue to improve and be more competitive as the year progresses. If we progress as hoped, we could be competitive in the league and the Sectional”, commented the coach.  Colegrove expects Montpelier and North Central to be the top two teams in the BBC with the rest of the league being very balanced.

ABOUT THEIR SCHEDULE: Fayette gets a challenge right way as they host BBC Co-Champ Edon in their season opener on November 20th.

“Our biggest strength this year will be that we return a lot of experience and the girls have familiarity with the system. We do need to get more confidence in our scoring ability”, said Waidelich when previewing the season.

“I think we have a chance to be very competitive in the league and the potential to make a tournament run.” Waidelich expects the BBC to be balanced as always but considers Montpelier the favorite with a lot of returning players from last season’s championship team.

ABOUT THEIR SCHEDULE: The Lady Eagles had their season opener against Montpelier postponed due to COVID. They are tentatively scheduled to start the season at home on November 23rd against Wayne Trace and start BBC play at home versus Stryker on November 24th.

SEASON OUTLOOK: The Lady Blackbirds will be a young and inexperienced group this year as they look to replace their top two scorers from last season. With just one senior on the roster and seven underclassmen obviously there will be growing pains.

“This team is very willing to work, play hard and want to compete”, commented coach Jason Waldvogel. “We do have a lot of youth and lack experience at the varsity level.” “We want to compete each night and keep improving. We plan to contend night in and night out”, added Waldvogel.

Waldvogel believes the BBC will be very balanced this season with North Central and Montpelier bringing back a good nucleus of players.

ABOUT THEIR SCHEDULE: Pettisville begins the season on November 21st when they visit Edgerton and then start BBC play on November 24th at home against Hilltop.

SEASON OUTLOOK-Head Coach Troy Grime has a solid nucleus returning as they look to continue to build the program coming off a 6-17 season a year ago. Hilltop will have 8-9 players that can be interchanged and will have experience coming off the bench according to Grime.

“Obviously, everyone’s main concern this year is staying healthy. We need to improve our defense and reduce turnovers”, commented Grime when talking about concerns enter the season.

“All of us are excited to get the season underway. We are going out there with the attitude of just having fun and playing ball.”

ABOUT THEIR SCHEDULE: The Lady Cadets open the season at home against Liberty Center on November 23rd and then start BBC play on November 24th at Pettisville.