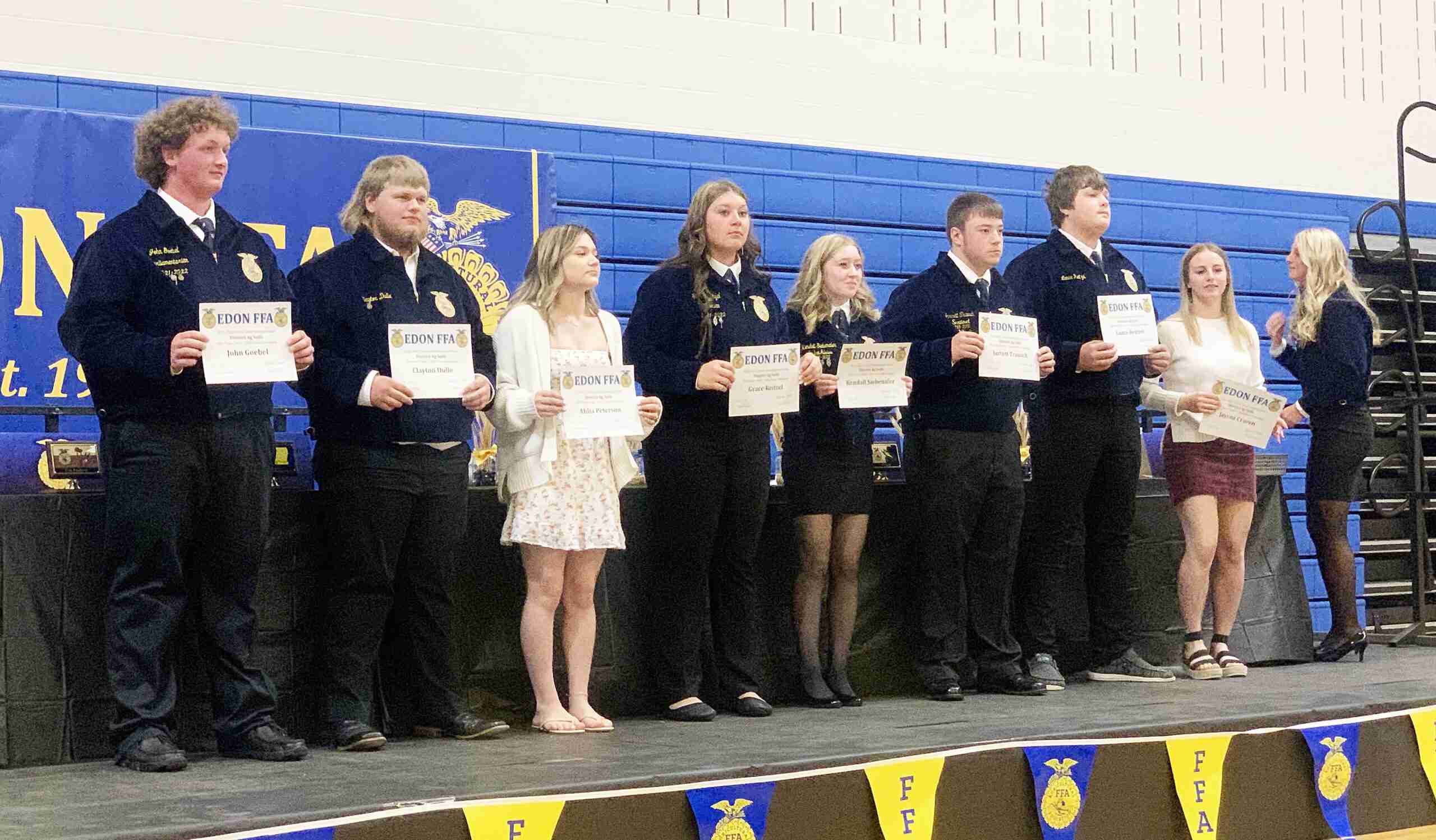 The Edon FFA Chapter celebrated a successful year by honoring students and supporters at their 83rd Annual FFA Banquet on Saturday, April 30th, presided over by Edon FFA President, Emma Howard. The chapter gathered with parents and family members to celebrate and honor all of the members’ hard work and dedication.

The afternoon started off with an address from Edon Northwest Schools Superintendent, Mr. Anthony Stevens, who spoke about the positive impact that the chapter has on the school district and the community.

Next, the chapter recognized donors, and those that have given back to the chapter throughout the year. It was then time to conduct the Greenhand and Chapter FFA Degree ceremonies.

During the banquet, time was also taken to recognize those students who earned their State and American FFA Degrees this year.

Many students were recognized for their participation in Career Development Events, such as grain merchandising, job interview, and farm business management; and twenty chapter proficiency awards were given to members who have excelled with their supervised agricultural experience projects.

Top seniors, Kerrin Towers, Carlie Kiess, and Olivia Mitchell, were presented with the DeKalb Award and the following students were presented with Outstanding Senior plaques: Drew Gallehue and Gage Winebernner. Mrs. Everetts also recognized all of the graduating FFA seniors and presented the senior retiring officers with gifts. 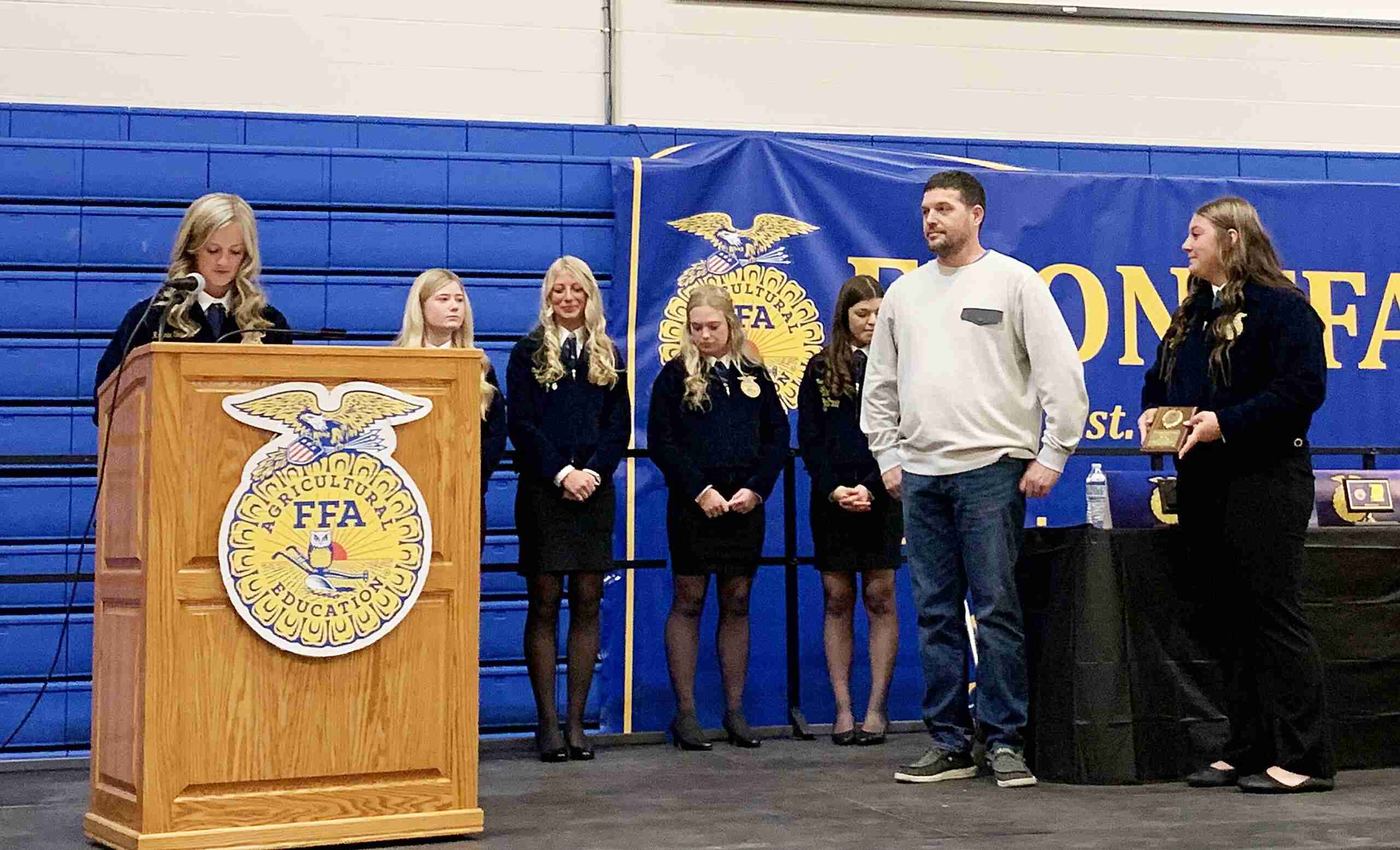 HONORARY DEGREE … The Honorary Chapter FFA Degree was presented to Wes Dye by the officer team. 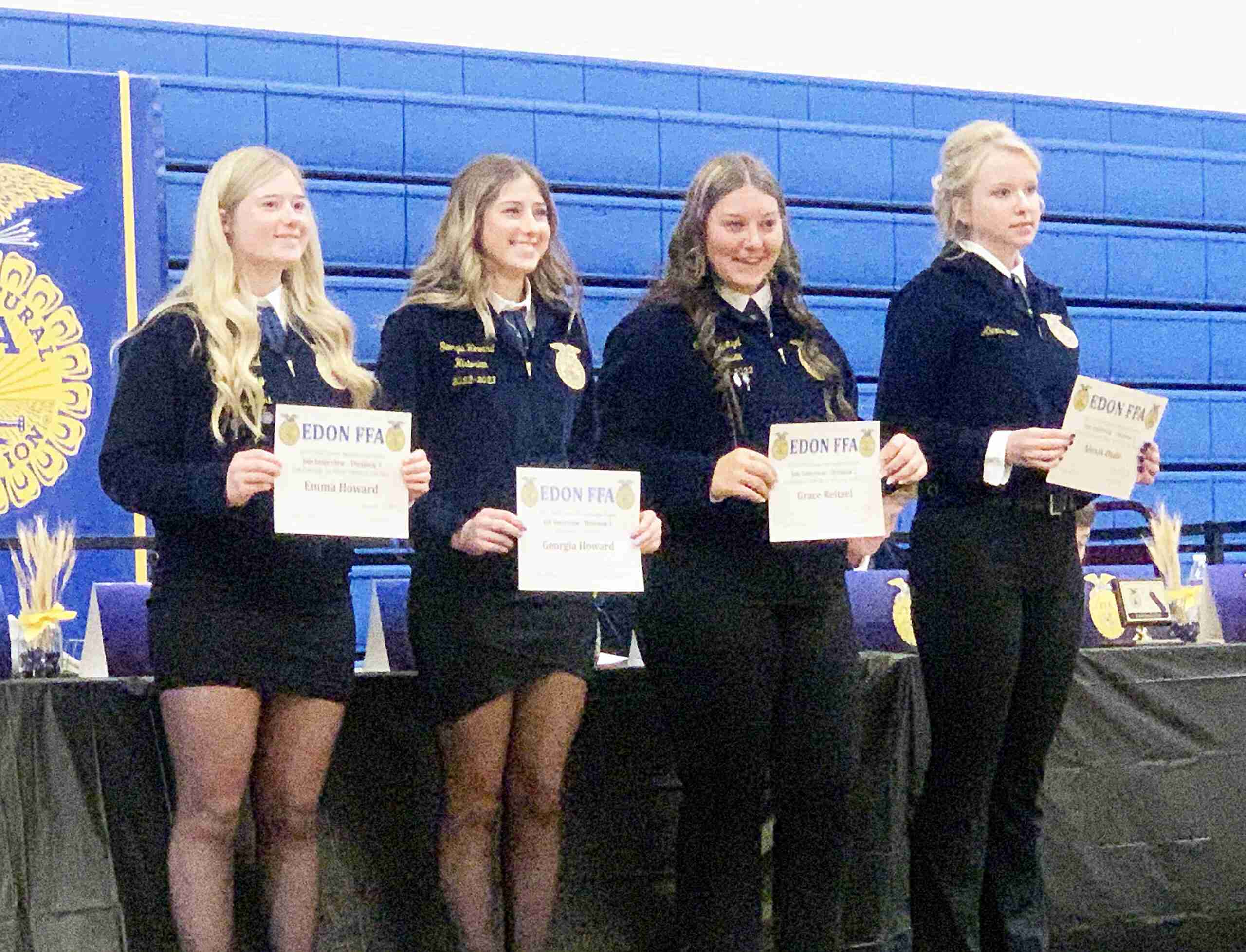 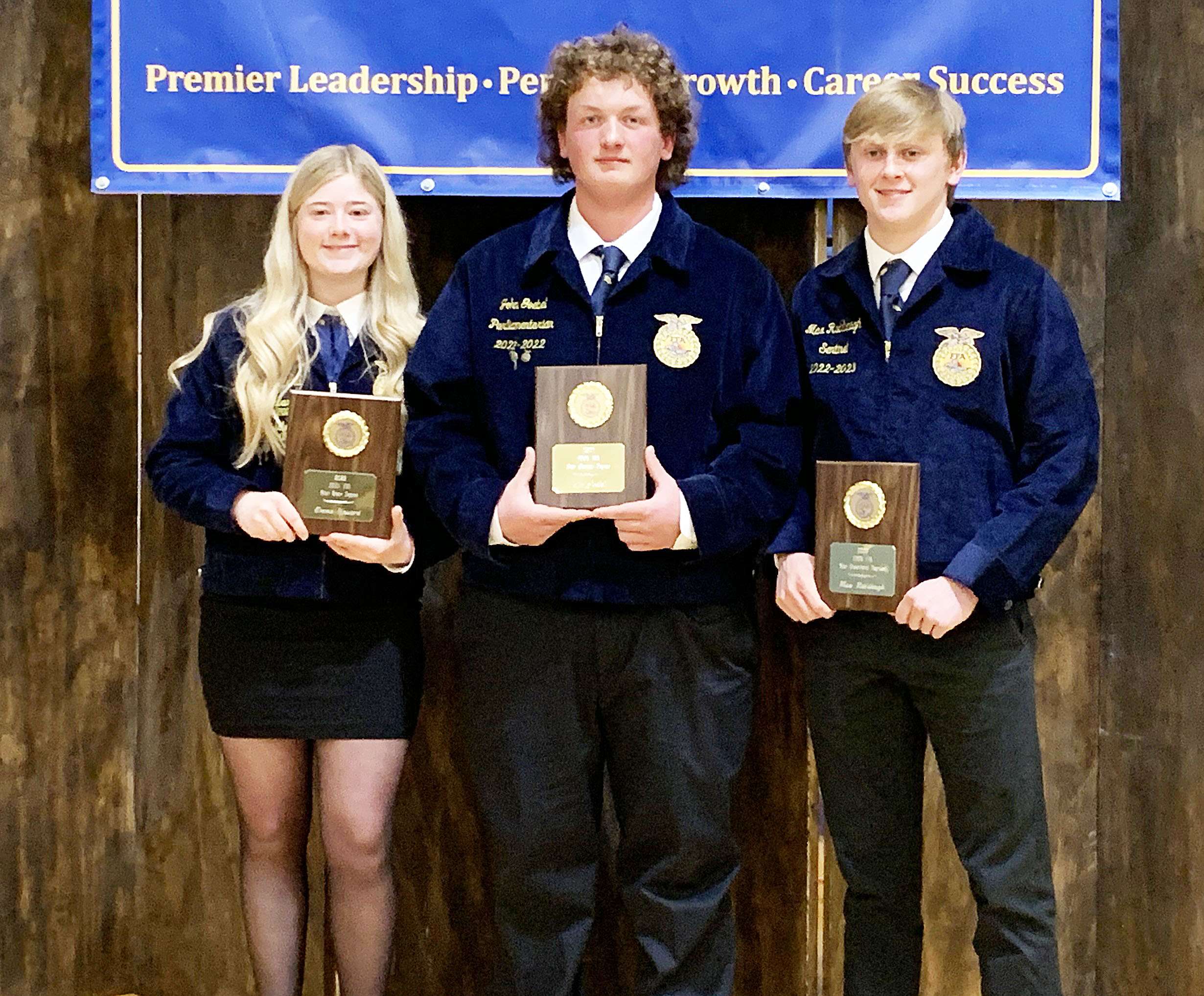 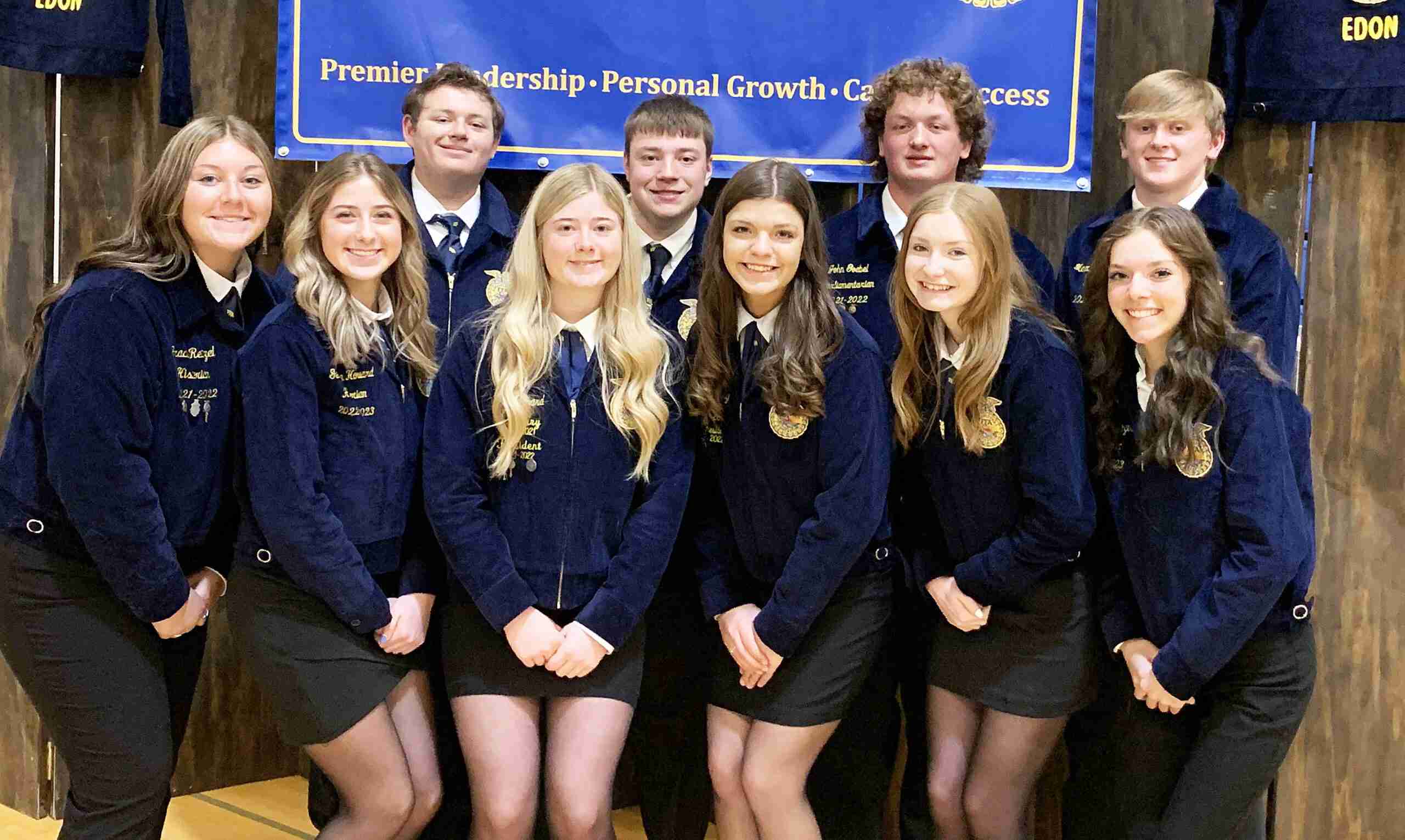