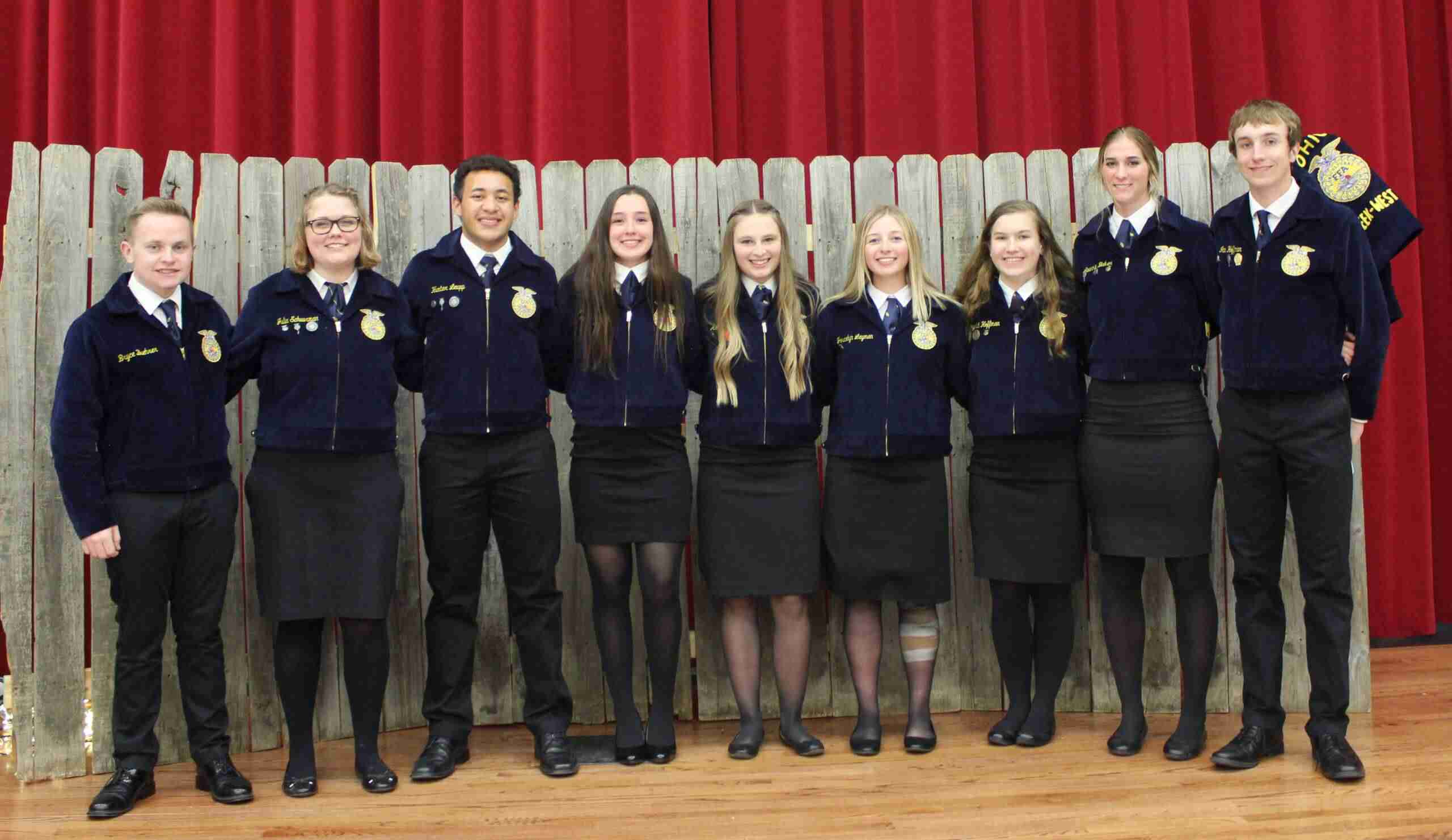 On April 17th 2021, the Millcreek West Unity FFA held their annual 85th Annual FFA Banquet at 6 PM in the Commons at Hilltop High School. Members and parents were treated to a dessert buffet of Doughbox donuts, Cookies on Demand cookies, a chocolate fountain with fruit and snacks, trail mix, and cake cups from Anna’s Sweet Treats.

After the dessert reception, the banquet ceremony began with speakers, Kodi Brenner and Ian Hoffman. The Greenhand ceremony then began with 13 Agriculture, Food, and Natural Resource students receiving their Greenhand FFA Degree. From these new Greenhands, Brooke Moreland was selected as the Star Greenhand.

There were seven members from the chapter who will receive their State FFA Degree and these members were recognized at the banquet: Leanna Baker, Bryce Buehrer, Ian Hoffman, Alex Horton, Joe Reamsnyder, Laurynn Wieland, and Matthew Wyse.

Members were also recognized for their participation in Career Development Events (CDEs) throughout the 2020-2021 school year.

Kodi Brenner was recognized for her Gold Rated Treasurer’s Book and Bryce Buehrer was recognized for his Gold Rated Reporter’s Book. The top three individuals in the 2020 Millcreek-West Unity Fruit Sales program were given a trophy for their hard work and dedication to the program. These three were Laurynn Wieland, Alex Richmond, and Joscelyn Layman.

Twenty-five members were also recognized for having all A’s in Ag for the first 3 Quarters of the 2020-2021 school year, and twenty-one members were recognized for earning $300 or more in “FFA Bucks” (an incentive program for chapter members who participate in FFA activities). Kodi Brenner, Joe Reamsnyder, Laurynn Wieland, and Chase Whitman, the four seniors in the program, were given special recognition for their time in the FFA program. Kodi and Joe were also acknowledged as retiring officers.

Throughout the year, various companies, organizations, and individuals have supported the members and their growth, and the chapter would like to sincerely thank them for this support!