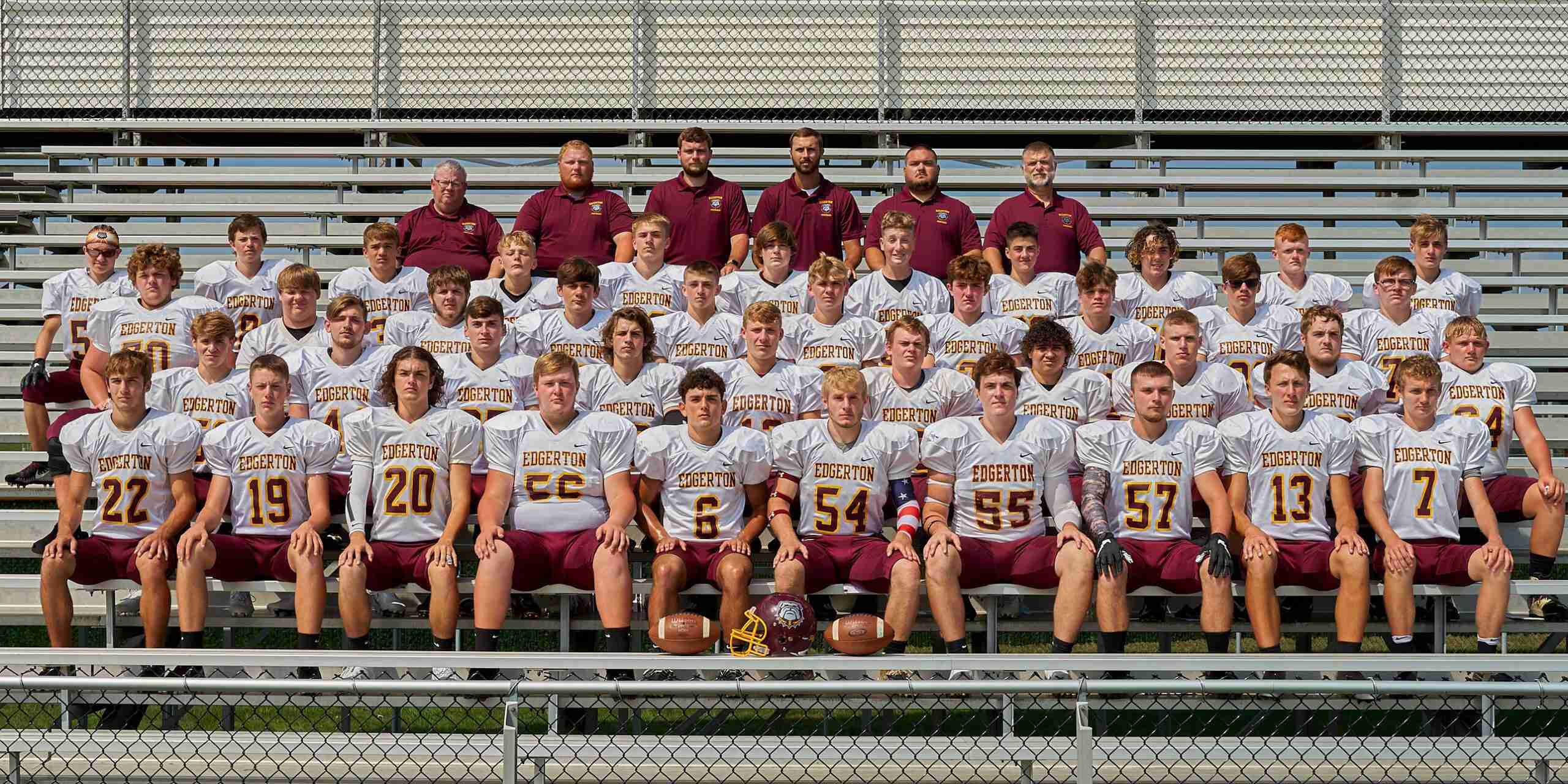 Edgerton will be another Williams County team with a new head coach as assistant Brody Flegal steps in for Ben Wilhelm who was 57-39 in his nine seasons. Flegal has spent the last three years on Wilhelm’s staff serving as the Defensive Coordinator for two seasons and one season coaching the Defensive Backs, Wide Receivers, and JV offense.

Last season the Bulldogs put together a 9-3 campaign that ended with a loss to Leipsic in the second round of the playoffs.

Edgerton will have some offensive firepower to replace with the graduation of running back Hunter Prince who rushed for 1,887 yards last season with 29 TDs and averaged 157.3 YPG. Also gone for the Bulldogs is quarterback Jaron Cape (61/99, 871 yds, 15 TDs) and leading receiver Logan Showalter (34 rec., 523 yds, 8 TDs). Showalter also led the team in tackles last season with 62 and sacks with seven from his defensive end position.

The Bulldogs will have good depth at running back despite the loss of Prince led by Gannon Ripke (519 yards last season), Craig Blue (446 yds), and Isaiah Canales (262 yds).

Flegal mentioned that they do have a group of seniors returning with experience in key positions, including the offensive and defensive lines. The coach also said they will depend on some younger players to fill some key roles offensively and defensively.

“We as a team will focus on competing and improving each week. We must execute the fundamentals (blocking, tackling) and be disciplined in our assignments to put ourselves in positions to win games”, said Flegal when giving the overall outlook for this year.

Edgerton, who has a very favorable schedule with their first four games at home, hosts Hicksville in their season opener on August 28th.