Archbold Mural To Be Cleaned Up After Vandalism 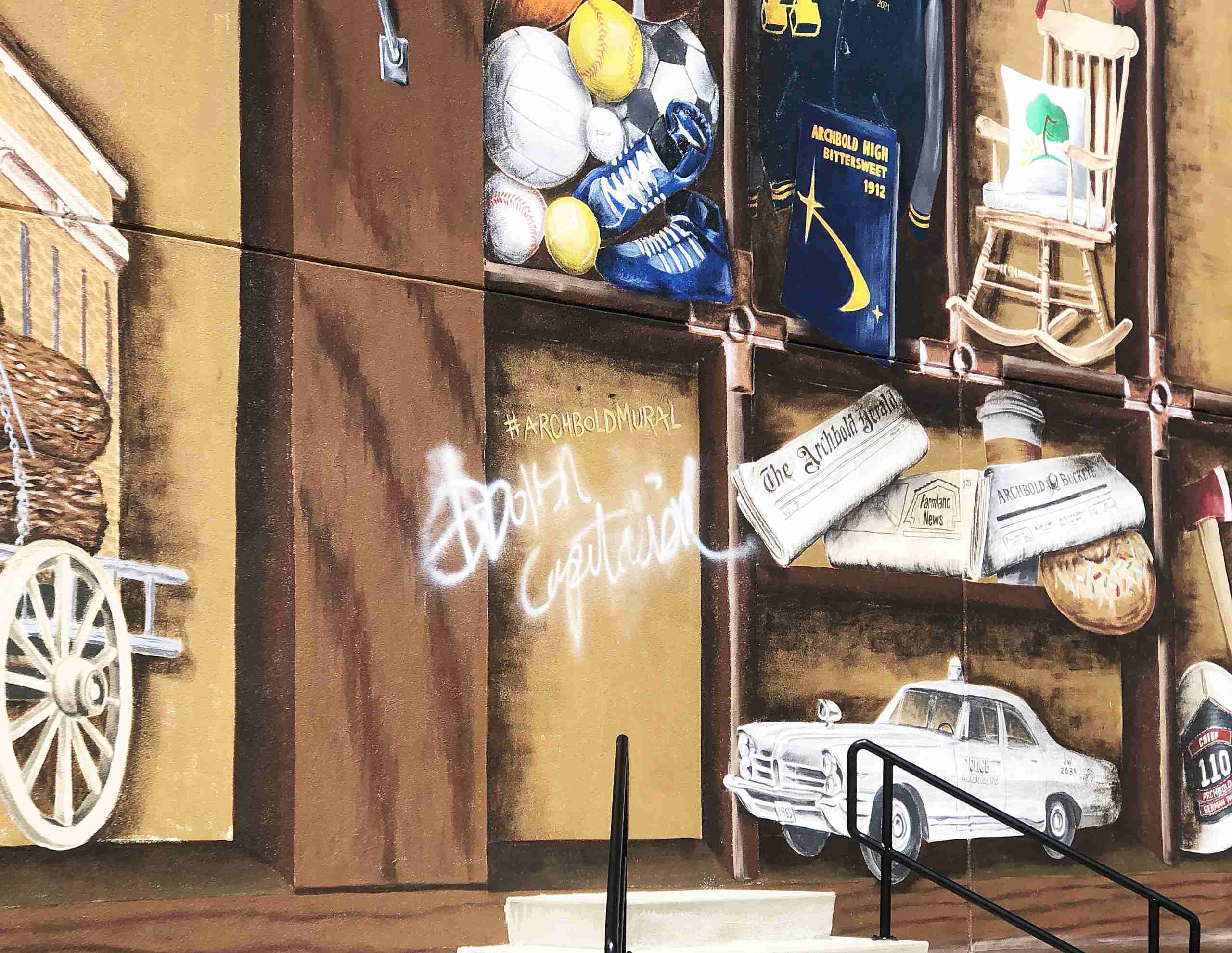 The Archbold mural is located on the south facing wall of the old Rupp Furniture building downtown. The mural is an enormous piece of art that captures the history and community of Archbold.

Completed in July of 2021 by Cincinnati artist Dave Rickerd, it took a few years prior of planning to make the mural happen.

On Tuesday, August 2, around 9:30 p.m. the Archbold mural was vandalized in white graffiti. Although during the evening witnesses saw the perpetrator in the act. Cameras around the scene also caught the person during the crime on film.

The vandal has since been identified and the Archbold Police Department is currently still investigating the crime.

Mayor Brad Grime shared, “Charges have not been made yet.” Mayor Grime went on to add, “The investigation is nearly complete, we’re just waiting on a few details.”

Rickerd is scheduled to cover up the graffiti next month. Mayor Grime shared, “He’ll do a perfect job it’s not a problem. The area that was vandalized was not a busy area’s so that was fortunate for us.”

The mayor also said they had attempted to remove the graffiti, but the concrete wall was too rough.

“Obviously the community is disappointed this has happened, but it did, so we are just looking to move forward”, Grime said.

He went on to say, “We’re going to get it fixed. I’m assuming restitution will have to be made by the party involved, but that’s up to the prosecutors and so forth.”