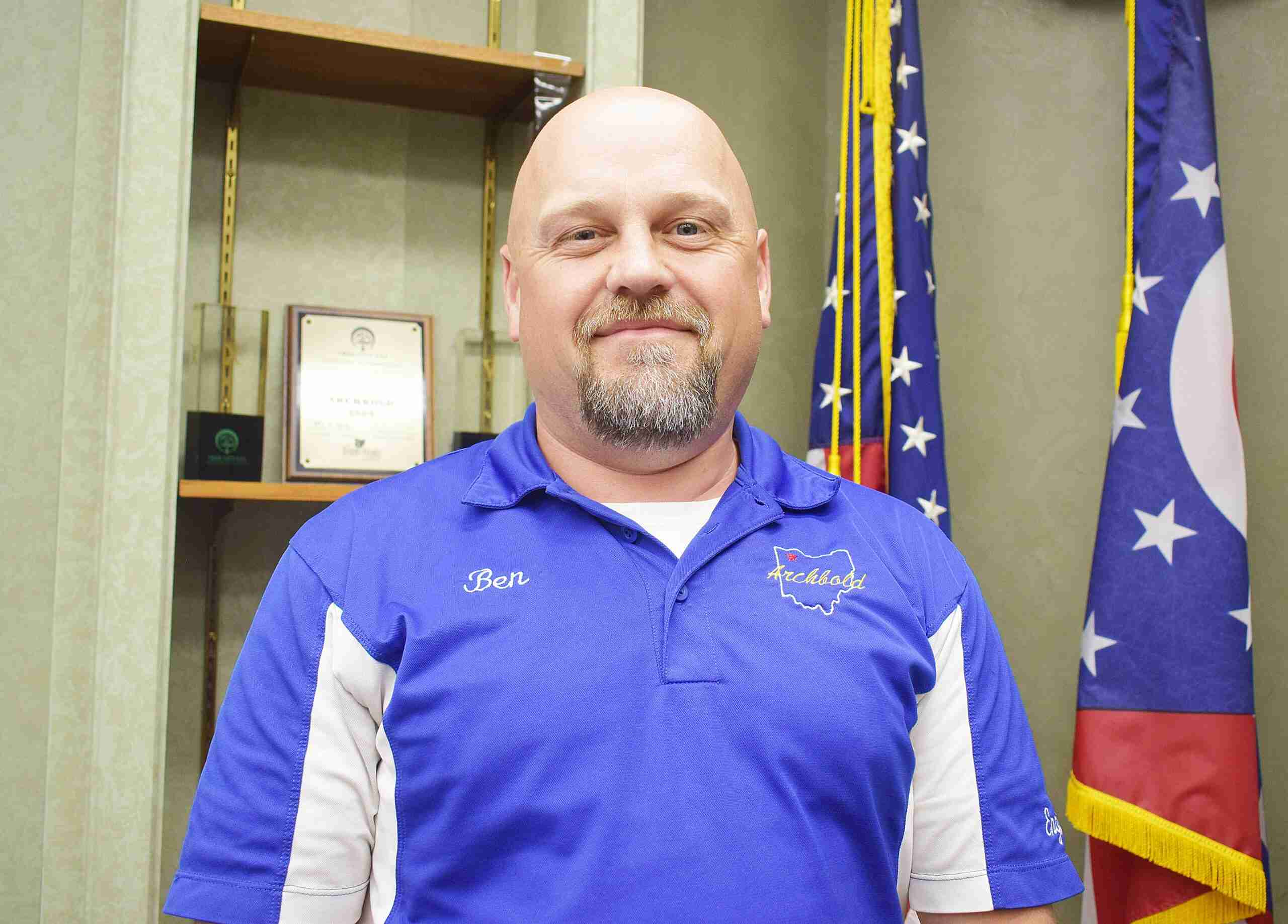 PROMOTION … Ben Disbro was promoted to Assistant Village Engineer, Disbro has worked for the village for fourteen years. (PHOTO BY LINDSAY PHILLIPS, STAFF)

Archbold Village Council began their meeting Monday at 5:30 p.m. in the Council Chambers with a moment of silence.

Council approved minutes from the previous meeting on May 2, followed by approving bills and payroll.

Real estate group, Zaremba, requested an Annexation of Approximately 5.9288 Acres of Land to the Village of Archbold, Fulton County, Ohio on Application by owner of Real Estate, for a second Dollar General in the village, that was approved by council.

Tom Michaels from Zaremba shared, “If everything goes smoothly, were hoping to finish the process by Labor Day and break ground in the fall.”

Lafayette Street will be designated a “No Thru Trucks” Street, along with the north side of Stryker Street from N. Defiance Street to Franklin Street becoming a “No Parking Zone.”

Resolution 2022-38 was approved, Accepting Change Order One Final for the Cemetery Ribbons Phase IV, and Declaring it an Emergency. Also approved was the Transferring of Funds to the Cemetery Fund in the amount of forty-five thousand dollars.

Minutes from the Street & Sidewalks Committee and the Ordinance Committee were approved, with talk regarding the firework ban.

Ben Disbro, who has worked for Archbold Village for fourteen years, was promoted to Assistant Village Engineer.

With no comments from council, the meeting was adjourned at 6:13 p.m.