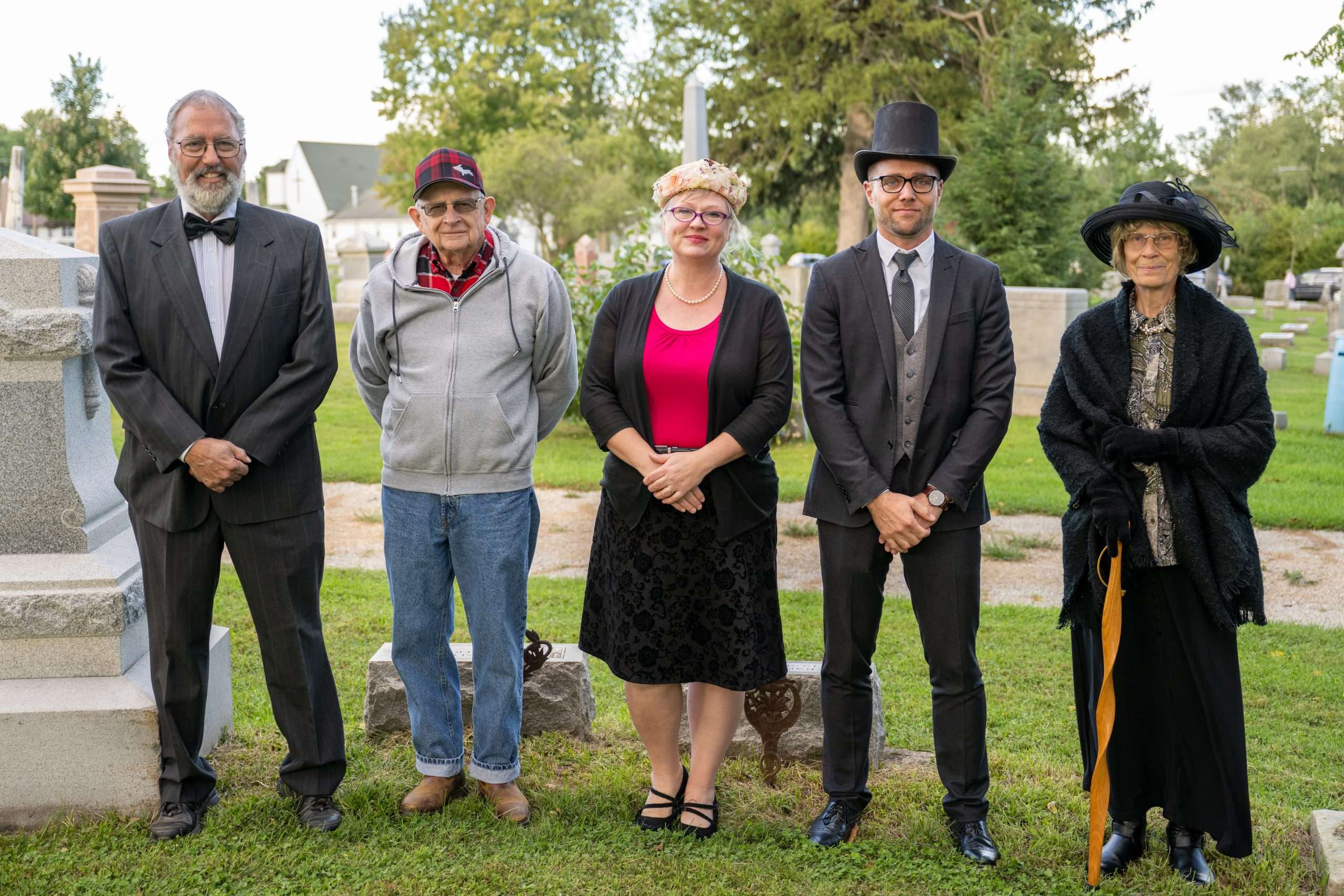 The tour took place at the Pleasant View Union Cemetery at 6:30 p.m. The cemetery began as a family burial ground and was expanded to the local area in 1852.

The first burial at the cemetery is believed to have taken place in as early as 1836.

This year is the sixth annual tour and was cosponsored by the Cemetery Board and the Normal Public Library.

During the lantern tour, visitors will be walked through the cemetery and will visit 5 graves.

At each of these five graves stood an actor who was there to portray the person at which grave they visited.

These people were dressed in the kind of attire the people were known to have worn and spoke to everyone through the eyes of the person who was once alive.

Fayette Mayor Dave Borer was one of those people and portrayed previous mayor George Gifford.

Gifford was 83 years old at his death in the late 1960’s and was the second oldest mayor in Ohio.

Heidi Paxton portrayed Pauline Link who was locally famous for her China and oil paintings. Lastly, Richard Ferris portrayed John Daniel Vine who was a blacksmith in town during the late 1800’s and early 1900’s.

A lot of research was done to get scripts ready for those who portrayed these people.

This research was done by looking through old newspapers, donations, pictures and more.

At four of the tombstones, a large picture of those who were portrayed was also put up and shown when the visitors came. Numerous visitors came to experience the tour which was a success.