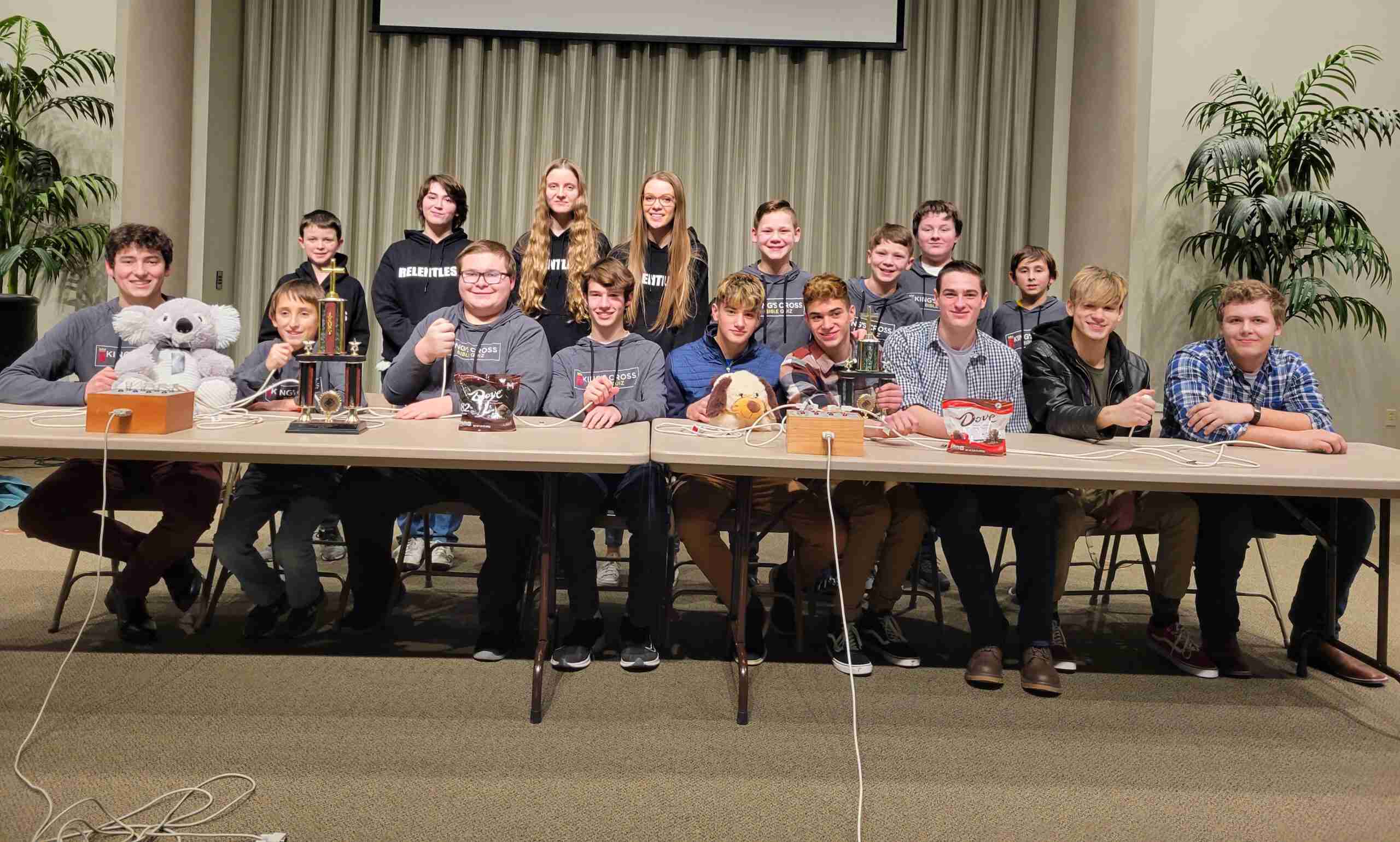 Relentless (Eastland Baptist) and Fire of God (King’s Cross), quizzed each other in their first match, ending in a 100-100 tie. Relentless won their other four matches, averaging 136.

Other high scoring teams were Job’s Daughters (2-2-1), from King’s Cross, with 118 and Flaming Torches (2-2-1) with 105. Nine quizzers quizzed out in all five of their matches: Eve Crossgrove, Faith and Grace Sheldon, Lydia Mosier, Chris Foor, Levi Short, Zander Stamm, Preston and William Nofziger.

Quizzers are right back in action with just one week of preparation covering Joshua 7 to 10 next Sunday, January 23, at North Clinton Church in Wauseon starting at 1:55 p.m.