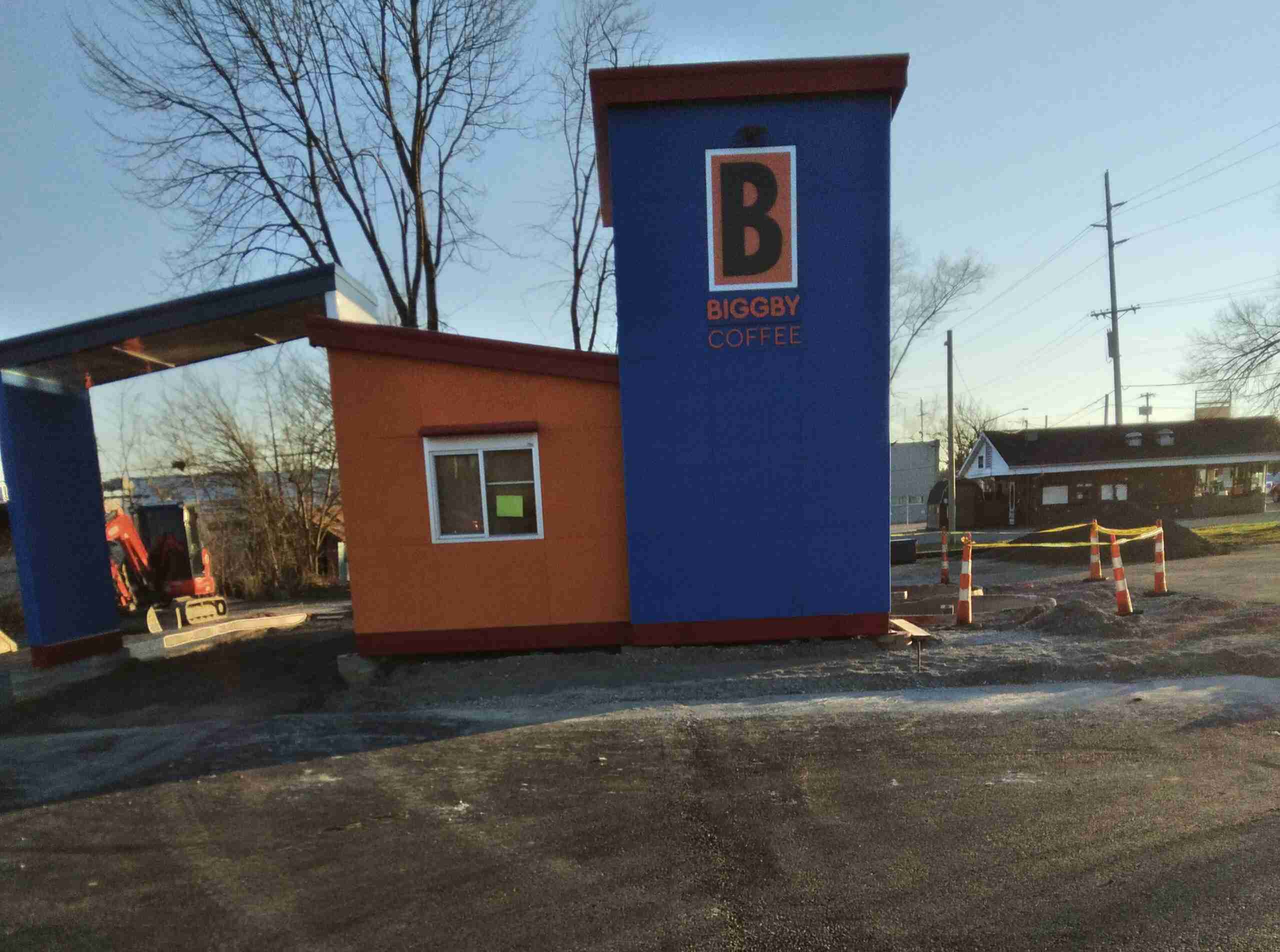 NEW BUSINESS COMING TO BRYAN … Construction on the new Biggby Coffee restaurant in Bryan is coming along nicely and is projected to open by the second week of January. Biggby Coffee will be located on the corner of South Street and Main Street. (PHOTO BY DANIEL COOLEY, STAFF)

Biggby Coffee, with one location in the immediate area in Wauseon, will soon be opening one in Williams County, in Bryan, in January.

Construction on the new Biggby, to be located on the corner of South Street and Main Street, directly south of Circle K, is progressing nicely. Thus, the goal of opening up in the second week of January, should be reached.

Biggby Coffee originated in East Lansing, Michigan and has been expanding into Ohio and Indiana. Outside of Williams and Fulton Counties, Biggby has one location in Angola, Indiana, two in Fort Wayne, one in Defiance and nine locations in the Toledo area.

Biggby Coffee, of course, specializes in coffee, which, when it opens in Bryan should be available for your coffee fix daily, from 6 a.m.- 9 p.m., as well as from 7 a.m.-9 p.m., on Saturday and Sunday.

Along with coffee, Biggby can concoct a variety of drinks, including lattes, smoothies, espresso, creme freezes and some caffeine free drinks, too.

In addition, Biggby serves food, too, including bagels, bagel sandwiches like ham and cheese, sausage and egg, as well as cookies, muffins, donut holes, yogurt parfaits and apple fritters.

So, something new to look forward to come January in Bryan.