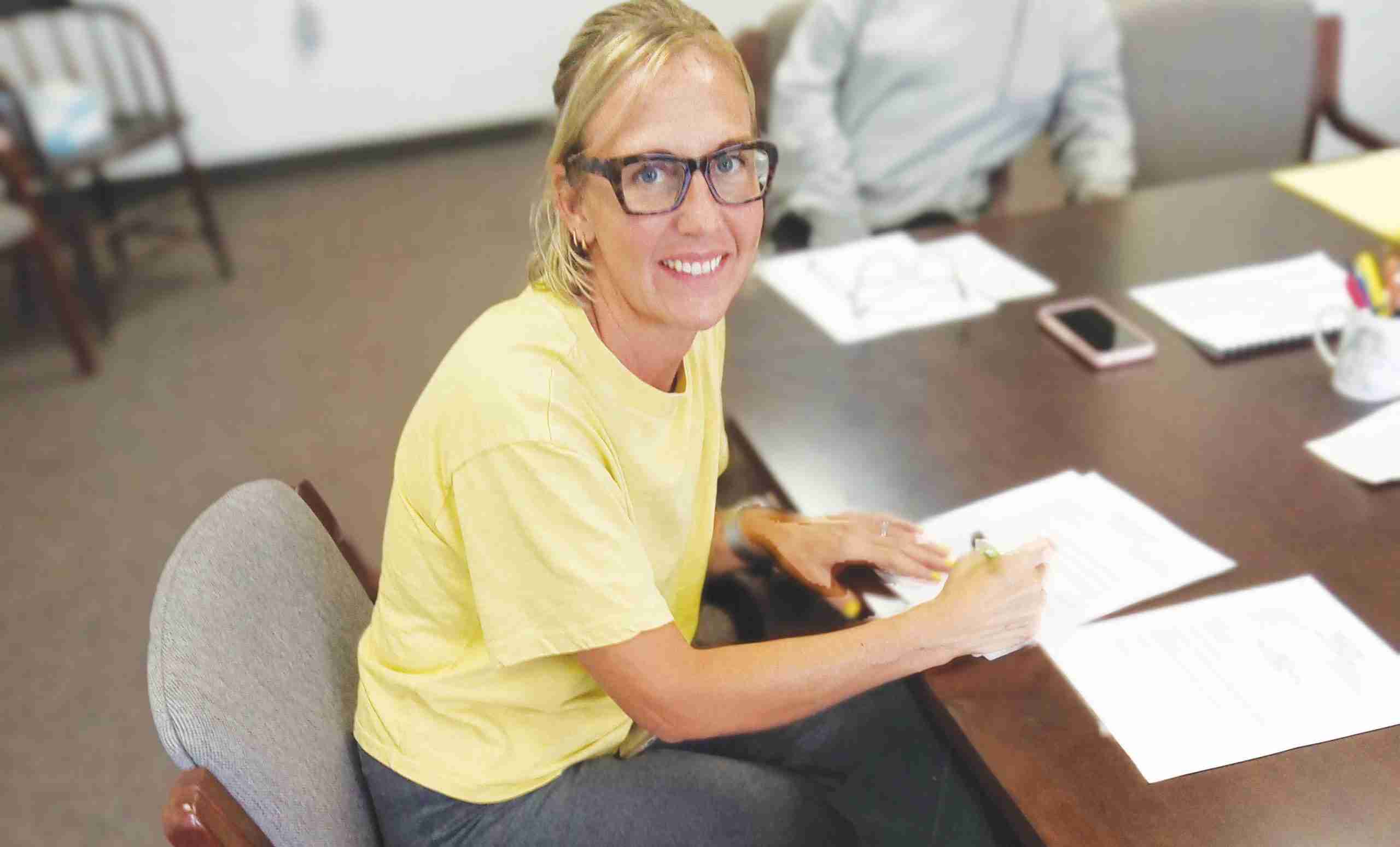 NEW JOB … With the resignation of Clerk-Treasurer Beth Rediger, Courtny Osborn (above) will be taking over as the Village of Blakeslee’s Clerk-Treasurer. (PHOTO BY DANIEL COOLEY, STAFF)

The Village of Blakeslee met on August 14th but did not have a quorum, so the meeting was rescheduled for Thursday, August 18th.

In the first order of business, council approved the minutes from the last regular council meeting, from July 24.

Clerk-Treasurer Beth Rediger then gave the financial report and said revenue received since the last regular meeting was $9,088 and expenses were $1,933.

Council then approved Ordinance 2022-01. This ordinance made appropriations for current expenses and other expenditures of the Village of Blakeslee, ending with the fiscal year of December 31st.

With total special revenue funds of $12,242 and with funds appropriated from the Enterprise Fund and Garbage Fund totaling $9,620, brings the total permanent appropriations to $41,339.

Next, Rediger turned in her resignation effective September 1st. Rediger had served the Village of Blakeslee as clerk-treasurer for 9.5 years. Council voted to approve the resignation.

Council then approved the hiring of Courtny Osborn, who was in attendance, to take her place. Osborn has served as clerk-treasurer for Florence Township, for the past 6.5 years.

Council also changed the next village council meeting to Wednesday, September 21, at 6 p.m.