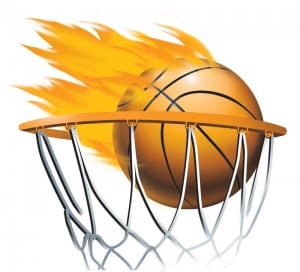 EDON – The Marines landed in Edon on January 29, and promptly stormed The Hangar. What they found was a bunch of bellicose Bombers, and with Brock Thiel in front, the hometown boys harried Hamilton out of town by a 56-49 score.

The Bombers’ early lead faded going into the half. Trailing by two at the intermission, the Boys in Bomber Blue recaptured the lead with an 18-9 run in the third, then battled the Marines to a stalemate in the fourth to secure the win.

Thiel posted a game-high 19 for Edon, with Kaden Sapp raining down 10 points, and Jake Brown and Mike Peeples each had 9. Reid Bowling and River Wicker closed out the books with 4 points apiece for the Bombers.