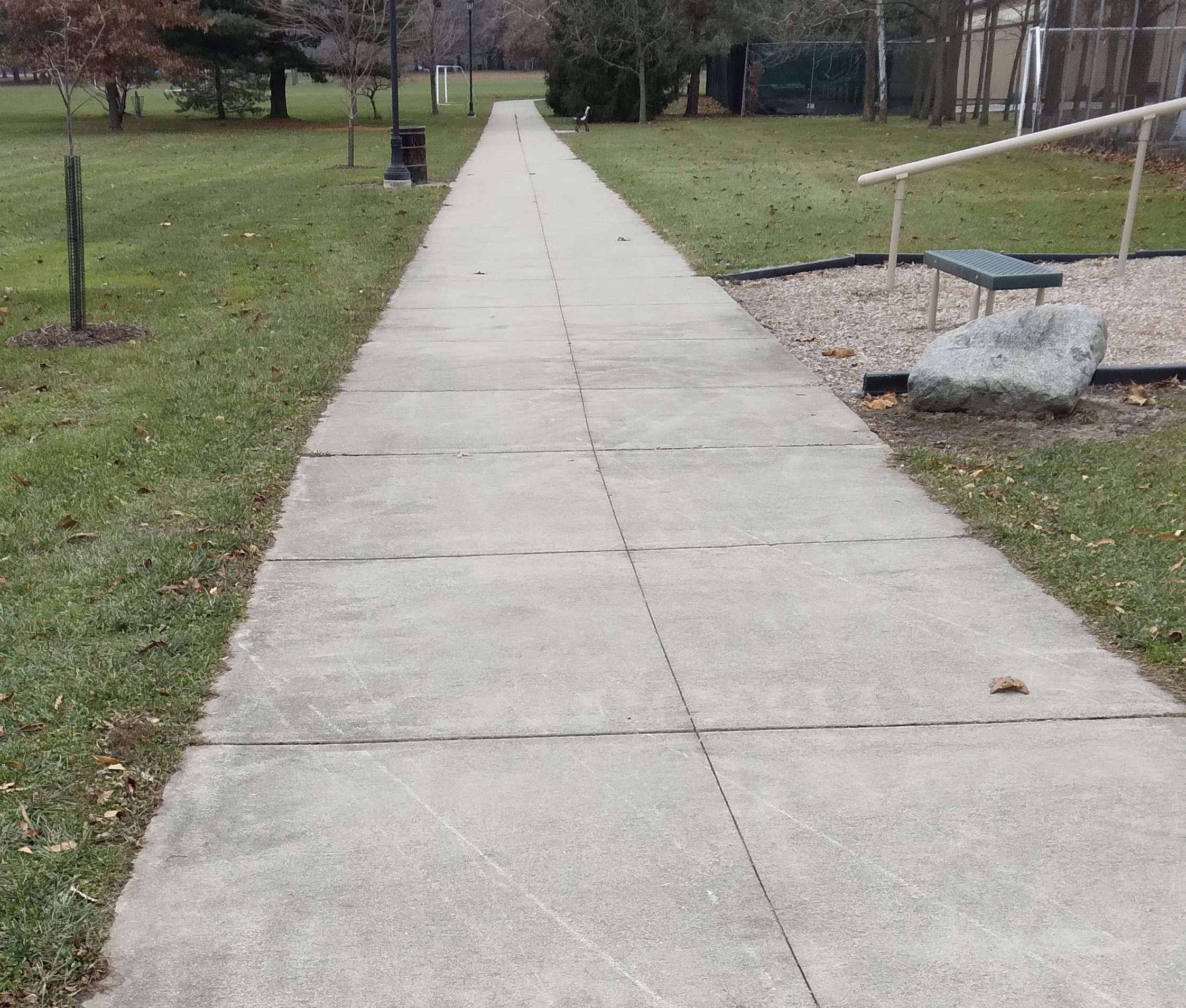 LAND DONATION … A sidewalk winds through Recreation Park in Bryan. Chad and Jodi Tinkel recently donated land that they want turned over to Recreation Park. (PHOTO BY DANIEL COOLEY, STAFF)

In the first order of business, the minutes from the November 15 meeting were approved. Next, in Section 1957.09, regarding a small addition to the Fountain Grove Cemetery, was approved by city council.

That was followed by an ordinance for the annual appropriations for Bryan, for the fiscal year ending December 31. That met with unanimous approval..

Next, an ordinance to authorize the mayor to enter into a contract with the Bryan Fire Department for Pulaski Township, a small increase of one to two percent, was approved.

Further, an ordinance for the Fire Department to provide fire protection for a small increase of one to two percent to areas outside of Bryan city, was also approved.

Lastly, an ordinance for the Fire Department to provide fire protection to Jefferson Township, also at an increase of one to two percent, was then approved.

Next, the final stages of the Brunicardi Way project was completed and received final approval from city council. Next on the agenda, council approved a seven week extension for the ongoing Parkview Avenue improvements.

Next up was a resolution to correct certain deed restrictions, to be placed within the deed itself on the 2.152 acres of land known as Lincoln Elementary School, was approved. That was followed by approval for accepting a donation of land in Recreation Park, from Chad and Jodi Tinkel.

A building permit for the address of 902 East Trevitt Street, was then approved. Next, Betts thanked Chief Siders for his many years of service to the Bryan Fire Department.

Mayor Schlade gave thanks to the Tinkels for their donation and to Bryan Municipal Utilities, for the trees they are planting around the city.

Schlade also mentioned that, regarding letters that are sent to her office, to please give names to those letters. She can’t consider the order, if she doesn’t know who it is.

The meeting then took a short recess, before going into an executive session.