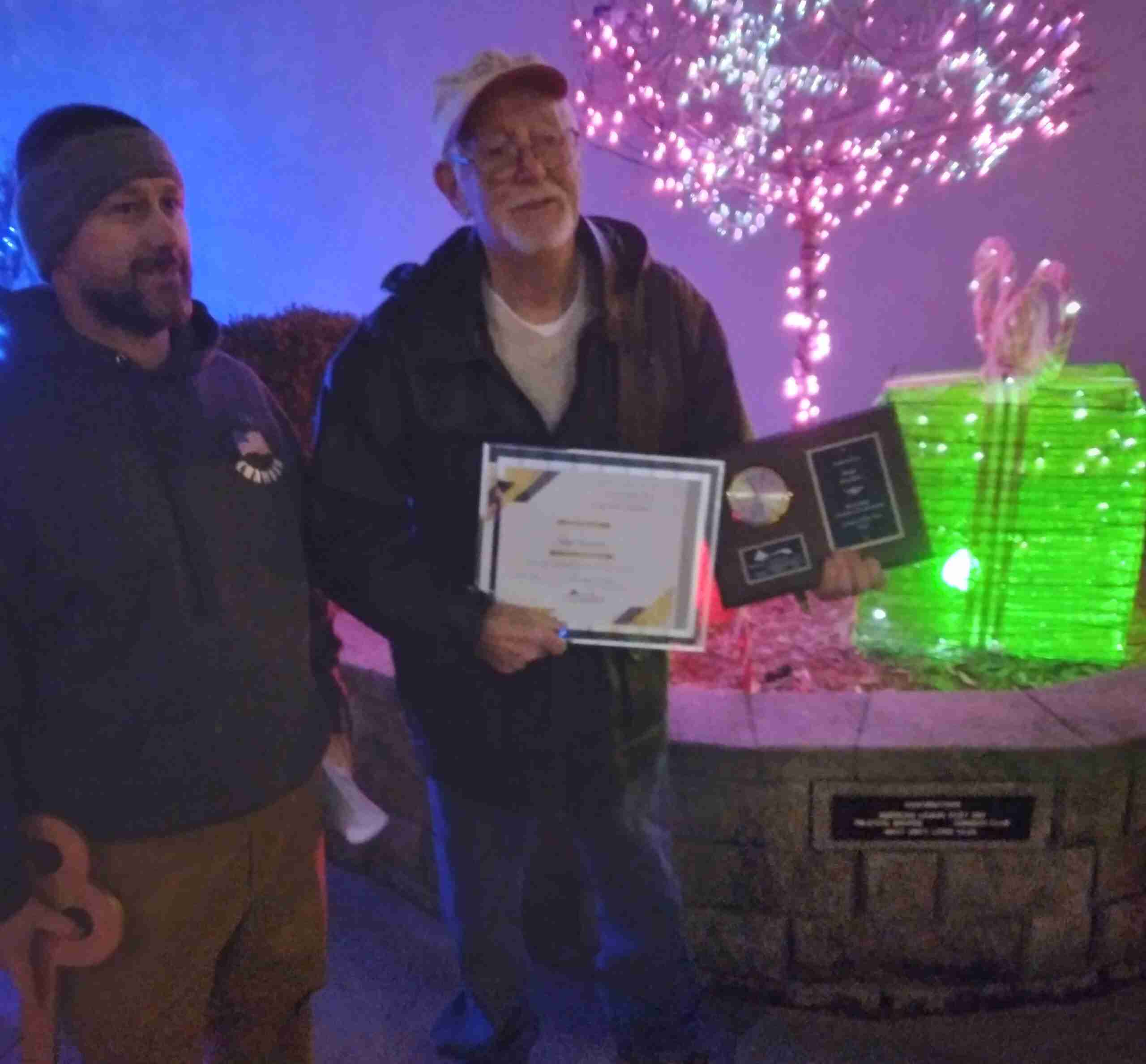 CITIZEN OF THE YEAR … Marvin Stuckey (right) after being named West Unity’s Citizen of the Year. (PHOTO BY DANIEL COOLEY, STAFF)

West Unity held its lighting of the Christmas Tree in Friendship Park on Saturday, December 4. To commemorate the lighting, a parade on Jackson Street was first held. Included in the parade were Santa and Mrs. Claus, plus the Hilltop High School Marching Band.

The Cadet Chorale of Hilltop High School then sang several Christmas songs, before the lighting of the tree took place. 3-D Transport, owned by Don and Deb Myers, was named as West Unity’s Business of the Year and Marvin Stuckey was named as the Citizen of the year.

Stuckey was a previous owner of Jacoby Meats in addition, he served as a past mayor of West Unity, along with previously serving as a village councilman and as the Williams County Commissioner.

“It was pretty exciting,” Stuckey said about receiving his award. “I’ve enjoyed working in the town and being a part of its growth.”