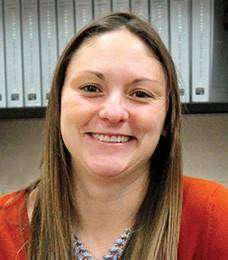 Sarah (Betts) VonSeggern was recently inducted into the Bluffton Hall of fame for her accomplishments in softball. This individual honor is in addition to her 2004 Softball team being inducted in 2004.

Over four years, Sarah’s stats spoke for themselves. She threw 80 complete games, winning 60 of them while holding a 1.37 ERA and holding opponents to a .176 batting average.
In 645.1 innings pitched, she was responsible for 749 strike outs while allowing 414 hits.

Sarah Graduated in 2006 with a double major in chemistry and physics.  Sarah currently lives in Archbold with her husband Charles and two daughters, Olivia and Zoey. Sarah is currently a chemistry teacher at Archbold schools.

Jeremy can be reached at publisher@thevillagereporter.com