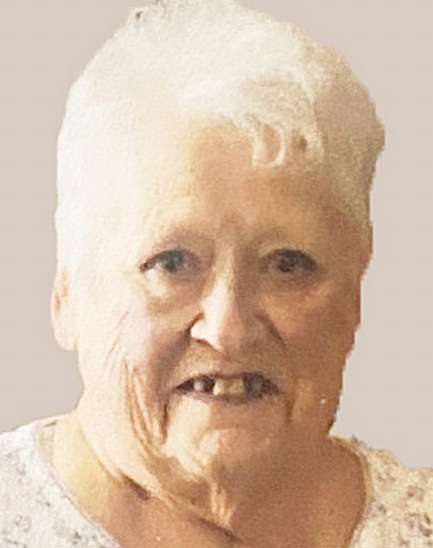 Carol Sue Crawford, age 81, of Archbold and formerly of West Unity, passed away on Wednesday, October 26, 2022 at Fairlawn Haven Nursing Home in Archbold.

She had worked at the former Hughman Potato Chip Company in Toledo, then for the former Daveaux Television and Appliance in Toledo where she was the receptionist and trouble-shooter for warranties, then as a receptionist and secretary for Farber, Cochran, Green and Shibleys, Attorneys-At-Law in Toledo.

After that she worked at the former Beam Stream in Montpelier in product inspection, at Hillside Country Living in the kitchen and as a custodian, and also had been the secretary for Diversified Roofing Systems of West Unity.

Carol was born in Toledo, Ohio on July 10, 1941, the daughter of Robert and Theone (Northington) Reed.

On September 6, 1963 she married Robert John Crawford, and he survives. She had been a homemaker, raised five children, loved playing Bingo and visiting with people and sharing stories at Montpelier Moose Lodge.

She enjoyed crafts, especially making cards, but most of all, she enjoyed spending time with her grandchildren. Carol graduated from the Whitney Girls School in Toledo.

She had also been in the mother’s club at Dorr Street Elementary School, and was a Brownie and Girl Scout Leader.

All services will be private. In lieu of flowers, the family requests that memorial contributions be given to the donor’s choice.

Online condolences may be given to the family at www.grisierfh.com. Grisier Funeral Home in Archbold has been entrusted with arrangements.